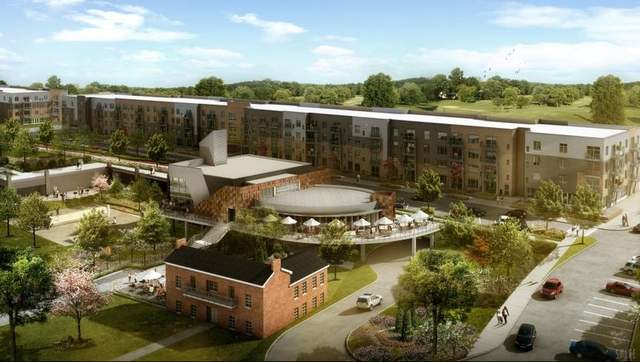 Anyone remember the days when the only reason to venture down the industrial side of River Road was to go to Stop Light Liquors?

Since the city and many investors began turning that dreary stretch of waterfront into habitable spaces, that’s all changed—though Stop Light Liquors remains, albeit on the other side of the street.

The addition of restaurants such as Tumbleweed Southwest Grill and the success of the exceptional Relish has the partners behind Doc Crow’s Southern Smokehouse and Raw Bar and La Coop planning their own new spot.

The four partners (Steven and Michael Ton, Brett Davis and Chip Hamm) behind the new and yet-to-be-named restaurant the restaurant reportedly will invest $2.5 million to $3 million developing the RiverPark Place space. The high-end condo complex, located within a stone’s throw of Relish and the University of Louisville rowing team facilities, has about 160 units finished and a similar amount on the way. It also includes a 150-slip marina.

According to a report in The Courier-Journal, Hamm said the quartet was taken with the site and its views of the river and the downtown skyline. He also said it will be “upscale casual” and open every day for lunch and dinner.

Hamm said the food will be “American,” but by today’s freewheeling, “fuse anything” chefs’ standards, that could mean anything. That can’t be bad, though, given chef Michael Ton’s influence at the two aforementioned restaurants, plus Basa Vietnamese, which he owns with his brother.

Construction on the restaurant will begin in early 2014.

The partners also have two restaurants under development in Nashville. Within the next two years, the South’s newest culinary boomtown will get its own Doc Crow’s plus a steakhouse.