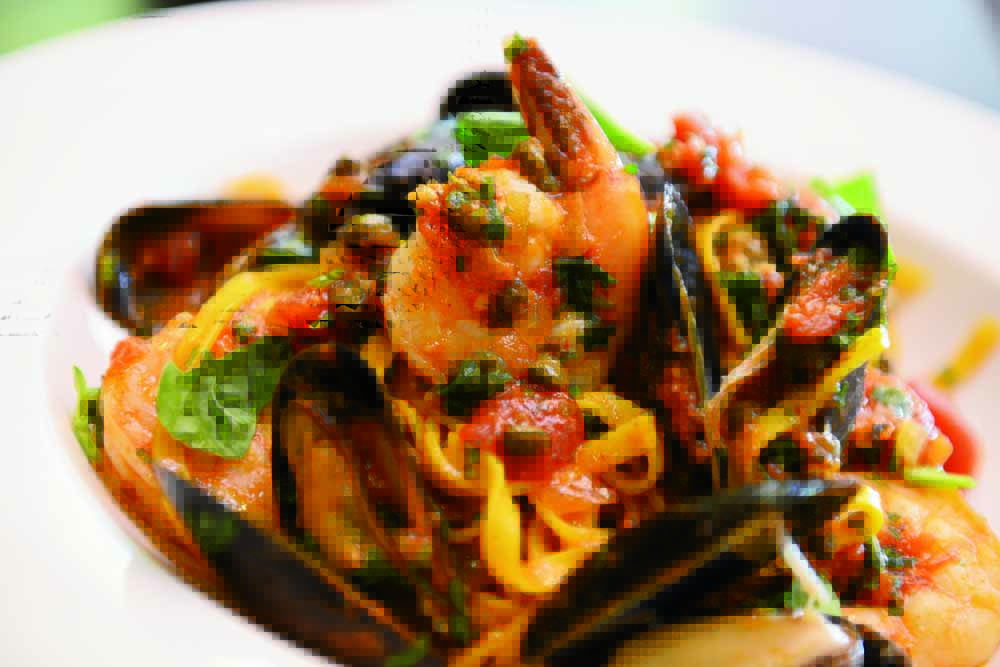 Matt Mershon was an experienced restaurant manager when he was asked to become managing partner at Deke’s Marketplace Grill in 2001.

A veteran of full-service standards such as the Bristol Bar & Grille and Jack Fry’s, Deke’s (named for then-owner John “Deke” DeCamillis, a local lawyer and star basketball guard at Eastern Kentucky University in the mid-1980s), was more of a bar-oriented restaurant, according to Mershon, and long before he and his wife, Molly, bought out their partners in 2003, he was imagining how he’d shift the business’s focus.

Back then the menu was limited in offerings and narrow in scope. If not adventurous, it was still a bit above standard bar fare. Yet it remained a far cry from Jack Fry’s complexity and the Bristol’s breadth and diversity. Mershon believed a game-changing improvement lay somewhere between those two. 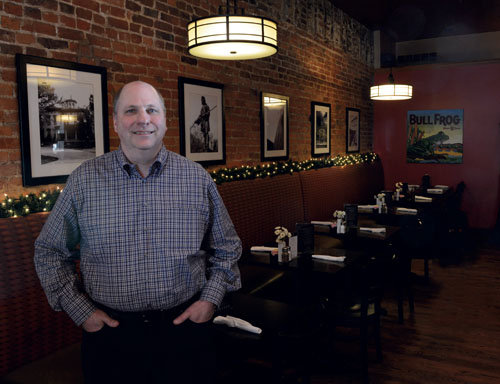 “I wanted a bar and grill as friendly and accommodating as Bristol,” Mershon said, “with food like Jack Fry’s.” He envisioned it morphing into an upscale casual restaurant, but the contingencies of running his own show kept him from re-branding Marketplace Grill until June, 2006, the year he changed the name to Bistro 301. The name reflects its central location on W. Market St., across from the north side of the Kentucky International Convention Center.

Since opening the restaurant, Mershon’s front-of-the-house role has been to draw customers into the friendly ambience of the comfortable, dark wood interior. (For those in the know, outdoor curbside seating is equally excellent for soaking in the bustling city scene and sunshine, especially at lunch.) His chef, James Lucas, who has commanded the kitchen for 13 years, has the job of keeping guests happily fed with a menu “focused on classic concepts with cleaner, less-fancy twists,” according to Mershon.

Several dishes, like the tortellini diablo ($16), are menu mainstays. It’s a fan favorite that pleases regulars and surprises newcomers with its pleasantly spicy bite from the Andouille sausage and red pepper flakes, combined with the richness of the cheese tortellini and fresh cream sauce. 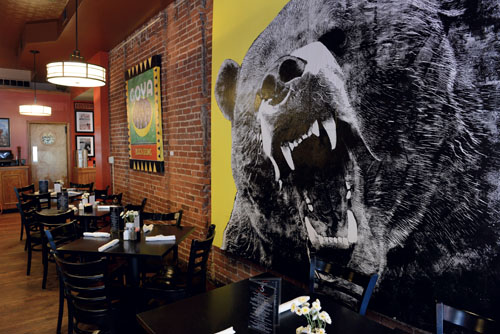 A fun appetizer section regular for about three years is the Kentucky frito misto — pickles, jalapenos and artichokes, battered, fried and served with a zesty, sinus-clearing horseradish sauce ($7). Saffron linguine with shrimp and mussels is new this year. “We usually always have a salmon choice on the menu, one that we change once or twice a year,” Mershon said. The current salmon offering is marinated in Bourbon Barrel Foods Kentuckyaki sauce and grilled.

Since Mershon gets all his seafood direct from the dock in Florida, he’s free to play with seafood specials such as the spice-rubbed ahi tuna with jalapeno vinaigrette and grilled Napa cabbage slaw ($25). Another new idea he and Lucas are testing is a pasta saltimbocca. The twist of using country ham instead of the traditional pancetta or prosciutto, along with grilled chicken and a tomato sauce, could deliver a smoky hint, not to mention a local link, to the dish.

Which is Mershon’s style when it comes to ingredient choices. He’s a fan and supporter of the Kentucky Proud program of the state’s Agriculture Department, and is now buying from a former restaurant buddy turned farmer.

“Ivor was a busboy for me at the Bristol,” Mershon recollected of Ivor Chodkowski, now a farmer and co-owner of Harvest Restaurant, and an active player in the effort to find new, steady markets for local farmers. “When Ivor started farming, I bought vegetables from him. Now with the Kentucky Proud program, I get more choices from more farmers, on time at good prices. With it, I have been able to use more local meats, produce and cheese.”

And that has helped him continue to develop his vision of Bistro 301 as a restaurant with a bar, instead of vice-versa. 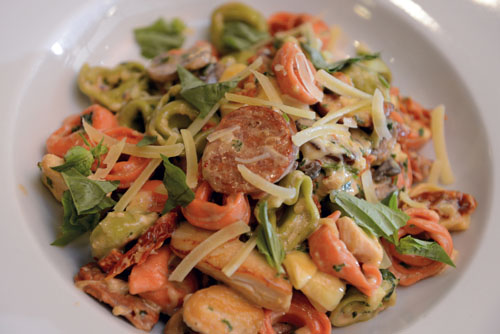