Home OPENINGS & CLOSINGS Poetically, lyrically and commercially, it appears to be Ostra’s end 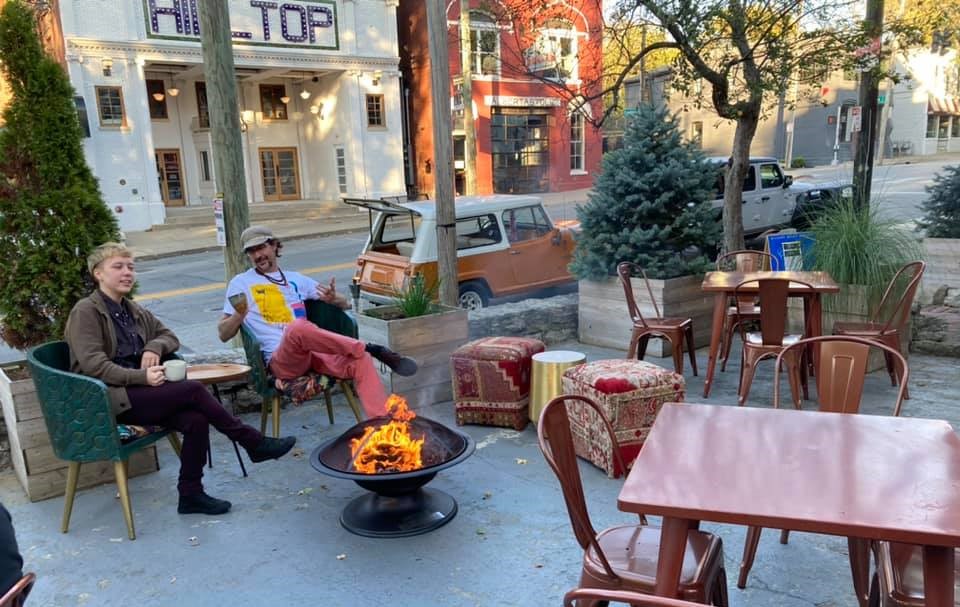 Early in 2020 as pandemic uncertainties multiplied, Ostra almost closed for good, but reports of its demise proved to be greatly exaggerated. The Frankfort Avenue eatery regrouped and soldiered on.

A year and a half later, in December 2021, a poem (above) appeared at the restaurant’s web site, prompting longtime Louisville food and wine writer Robin Garr to post a social media notice, followed by — well, mostly silence, which was very strange given the sort of frenzied attention generally given to closing announcements.

Note to self: if you can’t dazzle them with badly written information releases, baffle them with thought-provoking poetry.

no need to cry
it’s all part of the story
pretty boy comes to town
before the terrible times
pretty corner grows ivy
against the brick wall
pretty soon the lease is up
songs never die
but sometimes it’s time to change songs
pretty boy — that’s me
Ostra
no need to cry
We meet again on pretty streets
Ostra’s last week is here.

Finally, earlier this week, a seemingly conclusive post appeared on Ostra’s Instagram page (alas, it has since been removed), featuring owner Chris DeRome’s vocal snippet of “Movin’ Out (Anthony’s Song)” by Billy Joel, accompanied by video of a vacant eatery interior, and so perhaps we can say at last with authority that Ostra is no more, at least in this permutation.

Garr gets today’s gentle coda: “They’re definitely doing a non-traditional departure.” Let’s close this farewell post by turning back the clock to 1977 and Joel’s breakthrough album The Stranger.