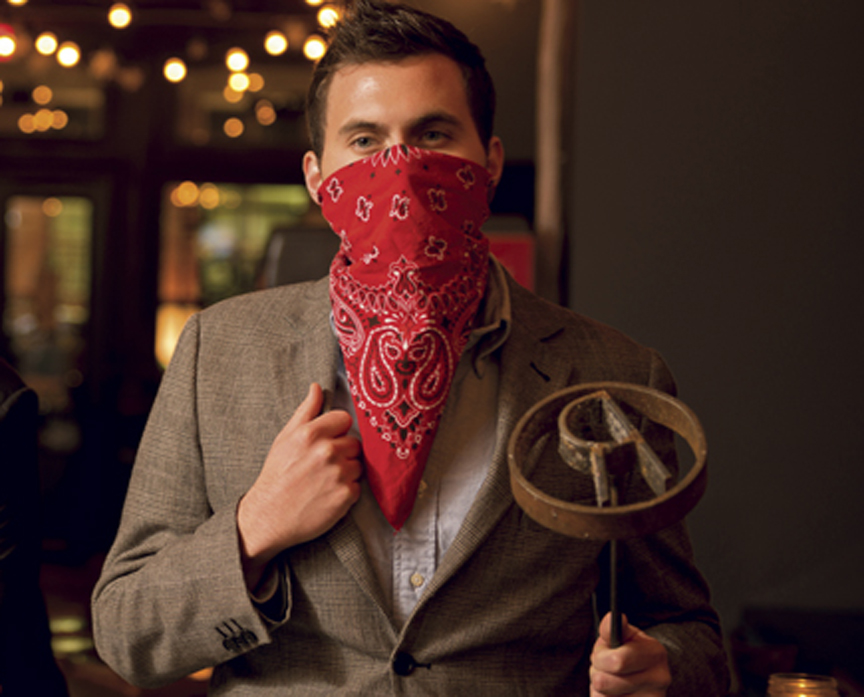 Louisville chefs and restaurants have been getting some national press lately, nowhere near enough, in some people’s eyes, but every bit helps to let others know the good things that are happening here.

Eater, the national on line restaurant news site, has named Louisville chef Ryan Rogers of Feast BBQ to their “Young Guns” list of the most promising chefs under 30. USA Today, which is always running polls, recently ran a survey to find the “Best Southern Fine Dining restaurants,” and Proof was one of the top ten at seven. Seven seems to be a lucky number in Louisville. Zagat, the national restaurant user guide, has ranked Louisville as one of the top “America’s Next Hot Food Cities” at seventh.

Rogers, who is usually publicity-averse enough to have worn a face-masking bandana in F&D’s Spring 2013 feature story on him, has admitted to being honored and humbled to have been given this recognition. His Feast BBQ was immediately a popular success when he opened it in New Albany in 2012, and his fans were delighted that he expanded into a second location in NuLu last year.

Feast has received several prior mentions in the national food and travel press, including being named as Eater’s Hottest Restaurant in Louisville in 2013.

Proof on Main, too, has had some positive notice before the USA Today accolade, which ranked it seventh on the list, noting its efforts to maintain sustainable sourcing of its foods, and having a “playful,” yet “sophisticated” menu, calling attention to its openers like yellowfin tuna crudo and country ham falafel, and its meal-ending surprise of odd-flavored cotton candy.

As explained in Louisville Business First, USA Today readers chose the top ten restaurants from a list of 20 chosen by an expert panel put together by the editors. The poll ran for four weeks. The other restaurants in the top 10 are, in order, Cotton Row Restaurant in Huntsville, Ala.; River and Rail in Roanoke, Va.; Curate in Asheville, N.C.; 404 Kitchen in Nashville, Tenn.; Highlands Bar & Grill and Hot and Hot Fish Club, both in Birmingham, Ala.; Restaurant at Patowmack Farm in Lovettsville, Va.; Clifton Inn in Charlottesville, Va.; and Cochon in New Orleans.

On this list Louisville trailed Birmingham, Detroit and Ashville, but beat out Phoenix and San Antonio.