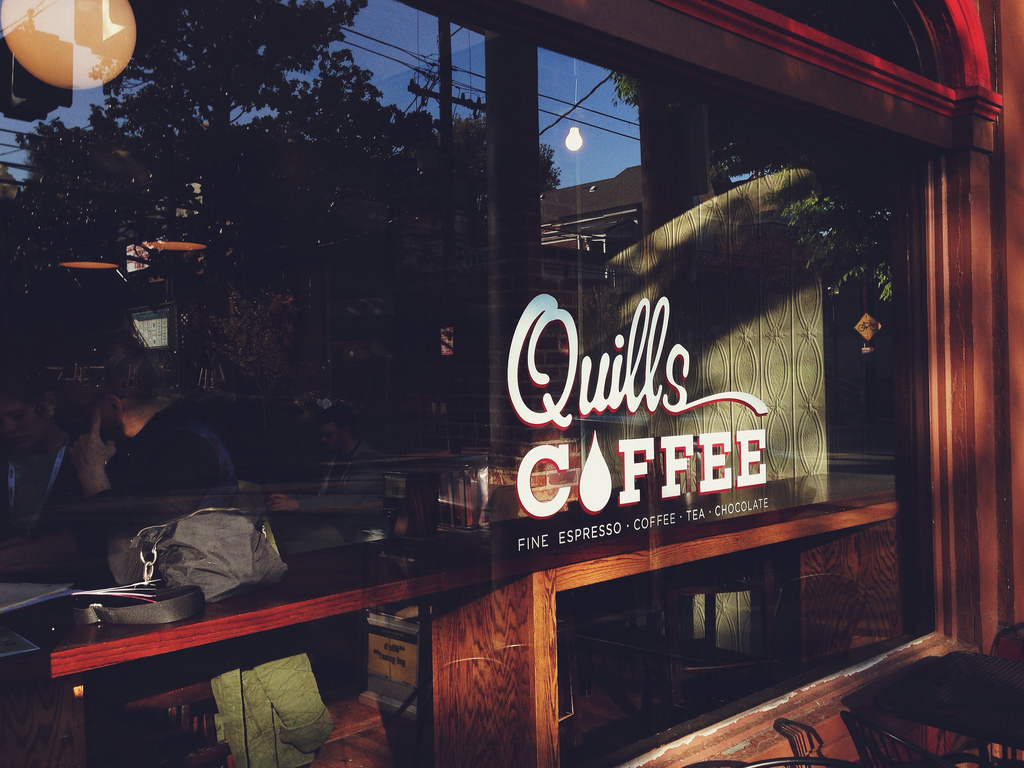 Quills Coffee, the ambitious local coffeehouse that now has three locations in Louisville, one in New Albany and one in in Indianapolis, is expanding its food service at its newest local store, called The Firehouse, at 802 E. Main St. There, in addition to the usual pastries to go with coffee and tea, an expanded menu offers sweet and savory (and vegan) waffles, skewers, savory filled buns and quinoa bowls.

The NuLu location is the company’s central office and roastery location, in a de-commissioned firehouse, as they name implies.  According to a story in Insider Louisville , Matthew Stevenson, director of retail and management at Quills, said that the company had been looking to expand their food offerings beyond the pastries they source from Wilshire Bakery, but none of their three local stores offered the room to put in a kitchen. The firehouse gave them the chance to do more.

Jimmy Mai, who had been a barista at the New Albany outlet, stepped in to run the kitchen, and concoct a menu. Mai had done some commercial cooking at Grind Burger Kitchen, according to the story, but is mostly self-taught – or, rather, home-taught by his mother, who had been a chef in Vietnam, and also when she came to the States. The influence of both his Vietnamese heritage and his experience as a first-generation American shows in his unusual menu items.

His yeast buns are filled with pork or a vegetarian curry, Mai uses mochi, a rice-based flour to make chewy, gluten-free waffles. In the evening, a variety of skewered foods is served with waffle accompaniments.

This summer Quills Coffee celebrated its tenth anniversary in business.