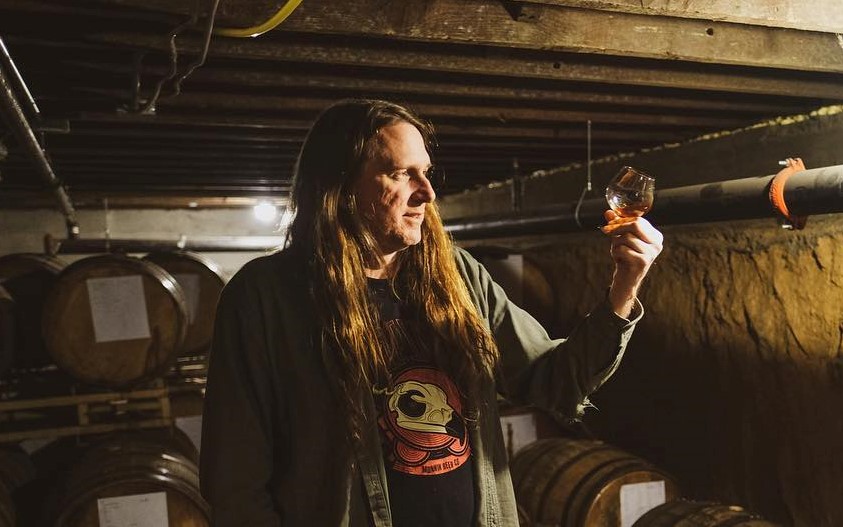 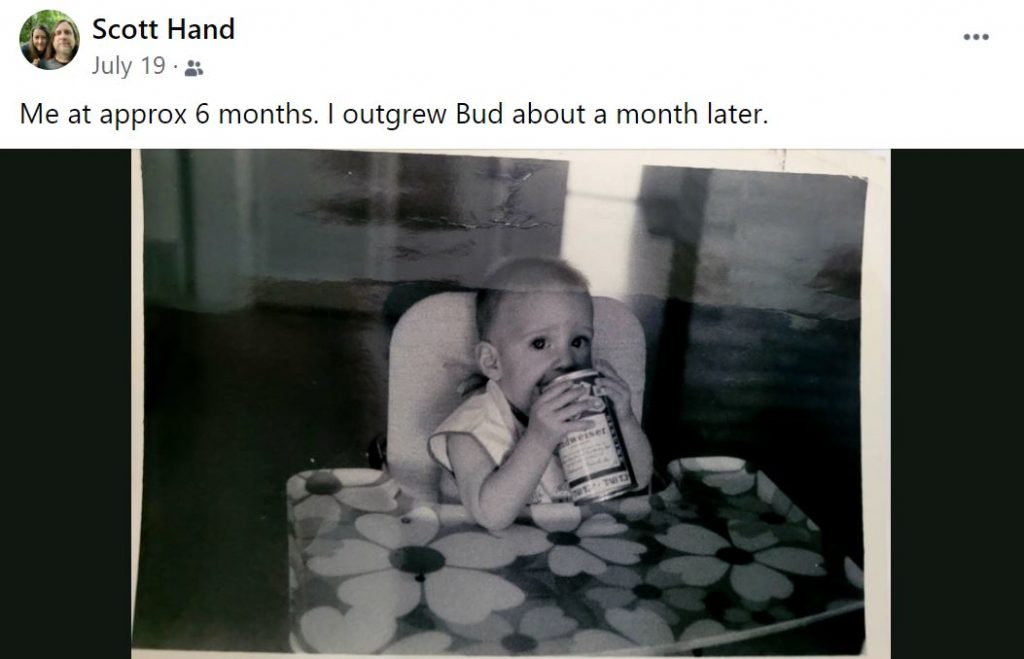 ­
The Irish novelist James Joyce had a way with words, as when he considered the origins of Guinness Stout in this passage from Ulysses.

— Hurry up, Terry boy, says Alf.
Terence O’Ryan heard him and straightway brought him a crystal cup full of the foaming ebon ale which the noble twin brothers Bungiveagh and Bungardilaun brew ever in their divine alevats, cunning as the sons of deathless Leda. For they garner the succulent berries of the hop and mass and sift and bruise and brew them and they mix therewith sour juices and bring the must to the sacred fire and cease not night or day from their toil, those cunning brothers, lords of the vat.

Scott Hand, Monnik Beer Co.’s “lord of the vat,” died Wednesday. Scott experienced a cardiac episode in late July and unfortunately did not regain consciousness, prompting an  outpouring of love and affection on the part of Louisville’s tightly-knit beer community.

Significantly, and in my view too seldom noted when discussing Monnik’s wide popularity, quite a few of Scott’s beers were kept at a sessionable alcoholic strength, ideal for the sort of expansive barroom conversations he cherished.

But Scott was far more than a skilled artisan. He was a force and a presence, a cranky and curmudgeonly polymath with an uncompromising sense of self and a commitment to truth, justice and excellence. It was impossible to have a chat with Scott and not learn something.

It’s with a heavy heart that I share our head brewer and friend, Scott Hand, has passed away. I first met Scott more than 10 years ago at my little taproom, Beer Engine, in Danville, KY. We hit it off immediately, with our shared appreciation for classic beer styles, good food, and obscure music.

Scott was Monnik’s first employee. He helped build this brewery, our recipes, and our reputation. His life was filled with intentionality, thoughtfulness, and expertise. He had a reputation for being a curmudgeon but the reality was that he loved diving into conversations with anyone at the bar; exactly the way I met him all those years ago at Beer Engine. The conversation never took long to realize he genuinely cared…cared for people and this planet. He wanted everyone to have a better life. And a better beer. And those of us who were lucky enough to know him got both, thanks to him.

His spirit will live on in our hearts and in our beers.

Our deepest sympathy to his partner Melinda, to Scott’s sisters and their families, and to everyone associated with Monnik Beer Co., but also to anyone and everyone who found their lives enriched, a little or a lot, by Scott’s presence. There were a great many.

His last Facebook post came on August 15, and is as fitting an epitaph as might be offered. It’s the first line from the poem Ode, by Arthur O’Shaughnessy.

We are the music makers, and we are the dreamers of dreams.

The line is best accompanied not by Joyce’s preferred pint of Guinness, but Hand’s atmospheric Churchill’s Best, an English Bitter. 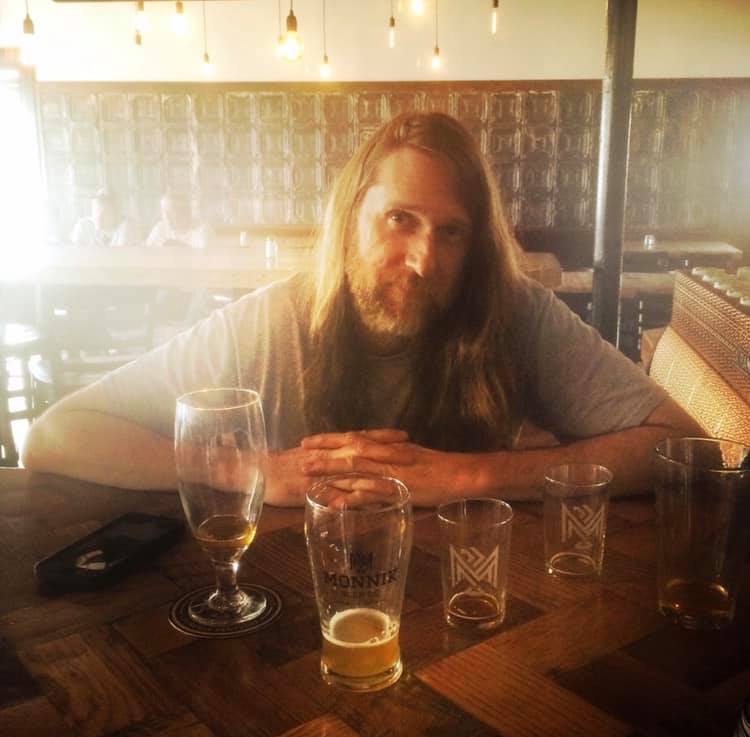