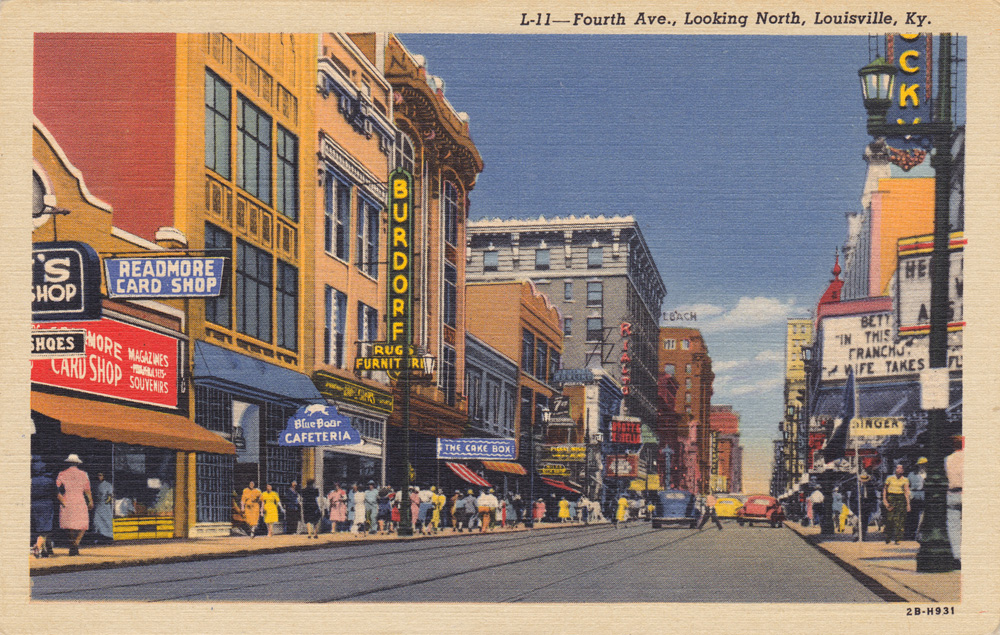 An outbreak of restaurant nostalgia seems to have broken out recently, if a couple of posts that sprang up on my news feeds recently is any indication. Various social media posts mooned over once-popular and now-defunct restaurants that loom large in the gustatory memory of local dining patrons.

One such posting listed Kaelin’s,  Azalea (with a cursory mention of one predecessor, La Paloma, but not the grand-daddy on that Brownsboro Rd. site, Bauer’s), L&N Wine Bar, Alameda, Mamma Grisanti’s (but not Casa Grisanti, nor Ferd Grisanti).

One could go on. Timothy’s and Myra’s once held our affections, and Cafe Metro always came to mind when a celebratory dinner was needed. And I guess there are fans who sigh about the demise of the Old Walnut Chile Parlor.

When I was in charge of the C-J feature “Cook’s Corner,” I would regularly get requests from people who just couldn’t forget mediocre meals they remember once enjoying at long-gone local restaurants. Often I could go to the C-J archives, meticulously kept up by earlier assistant food editors prior to my arrival on the scene, and pry lose a recipe for such mostly-forgotten dishes, and I could tap out a column remarking on the weird tricks memory plays on us in regard to food.

None of these recent on-line restaurant nostalgia trips mentioned the source of one of the most persistent requests that I was unable to satisfy: Hoe Kow’s war su gai. Hoe Kow, located out near Bowman Field, was one of the first popular Chinese restaurants in the area. That particular dish never made it into the newspaper’s archives, and when I suggested to one such requester that war su gai is a relatively common preparation in American Chinese restaurants, and that there are likely many versions of the dish available in cookbooks or on the Internet, I was lambasted for suggesting that any such variation could be as wonderful as the one crafted by the Hoe Kow kitchen, and if I weren’t so lazy, I could trace down the recipe and provide it, so he could recapture a taste sensation that remains so vivid in his memory.

Hoe Kow by the time these requests came to me had been gone from the Louisville restaurant scene for 20 years or more. Since I kept getting requests from Hoe Kow’s war su gai fans, I was forced to work up a boilerplate response, so I wouldn’t have to type the same explanation over and over.

I said, in short, that there was likely no “recipe” as such, that the cooks at Hoe Kow were very likely trained by doing (likely by their parents); that their English-language proficiencies likely prohibited them from explaining, let along writing down, how they made the dish; that they very likely used very high temperature woks that a home kitchen could not match; that their ingredients were likely obtained from suppliers not available to a home retail customer; and that the real reason that this dish stands out in Louisvillians’ memories is that the cooks made it twenty times a night, seven nights a week, and had it down pat; and, very likely, it was one of the first “exotic” restaurant meals that the diner had enjoyed, and so their recollection of the dining experience was tinged with abstract qualities of time, mood and atmosphere that perhaps colored the memory of the taste of the dish. All of these factors militate against the possibility of re-creating the dish in one’s home kitchen, even if there were a “recipe” for the home cook to follow. So stop asking. There is nobody from Hoe Kow around to ask, and if there were, it wouldn’t help. Enjoy the dish in your memory, where it is safe and always delicious.

But, if you have Fred Grisanti dishes stuck in your head, go to http://blogs.courier-journal.com/recipes/tag/ferd-grisanti/ and see if the recipe for your favorite memory is there. The search box is on the right side, under the Tags, so you can look for dishes from other restaurants too.