Home CALENDAR of EVENTS A short compendium of restaurant news 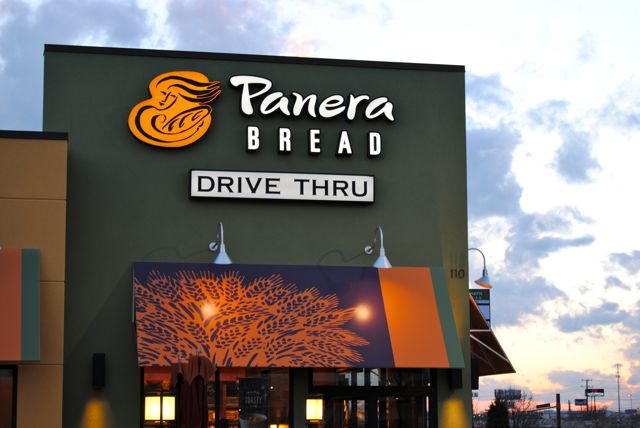 Panera swears off artificial food additives: Panera, the national soup, salad and sandwich chain with over 1800 outlets nationwide, has announced that it will eliminate artificial colors, flavors, sweeteners and preservatives from its food over the next 2 years, moving to a commitment to “clean” and “simple” ingredients.

This corporate decision may be a true concern for providing its patrons with better food, or, it may be a corporate effort to improve sales with what it perceives as its major constituency, people who give lip service to concerns about additives in food and humblebrag about that concern.

Panera joins chains such as Chipotle’s, who are positioning themselves as more wholesome alternatives to traditional fast food burgers and fries. But unlike Chipotle’s, Panera has not yet made a decision about publicly avoiding GMO foods.

Seviche owner/chef Anthony Lamas to publish his first cookbook: “Southern Heat—My Life Through Food”, will be about how he came to mix the Latin and Southern American flavors for which he became known at Seviche, 1538 Bardstown Road.

In the book, Lamas will reflect on his upbringing in California, his involvement as a teen with faming and ranching, his training and early kitchen jobs, and how he followed a girlfriend to Kentucky.

“The working name of the book is ‘Southern Heat: My Life Through Food’,” Lamas said, “and we like to say that we’re spicing up the South.” Taunton Press will publish it in the fall, with 140 recipes that detail his passion for both Latin cuisine and Southern foods, and his efforts to blend the two.

Wild Eggs owners to go Italian in the Highlands: Hot on the heels of the opening of Wild Rita’s Modern Mexican & Tequila Bar at Market St., Eggheadz LLC, the local corporate braintrust behind Wild Rita’s and Wild Eggs, is planning to branch out into a fast-casual Italian food concept in the middle of Bardstown Road’s restaurant row.

The owners hope to open the new place by August.

Limestone June Summer Special: Every summer chef Jim Gerhardt of Limestone, 10001 Forest Green Blvd., puts together a summer menu, three courses priced under $30, that makes use of the season’s freshest ingredients. Through the end of June (Thursday, Friday and Saturday) diners can enjoy the June summer Special menu: