Home CALENDAR of EVENTS ReSurfaced returns, with a Bourbon theme 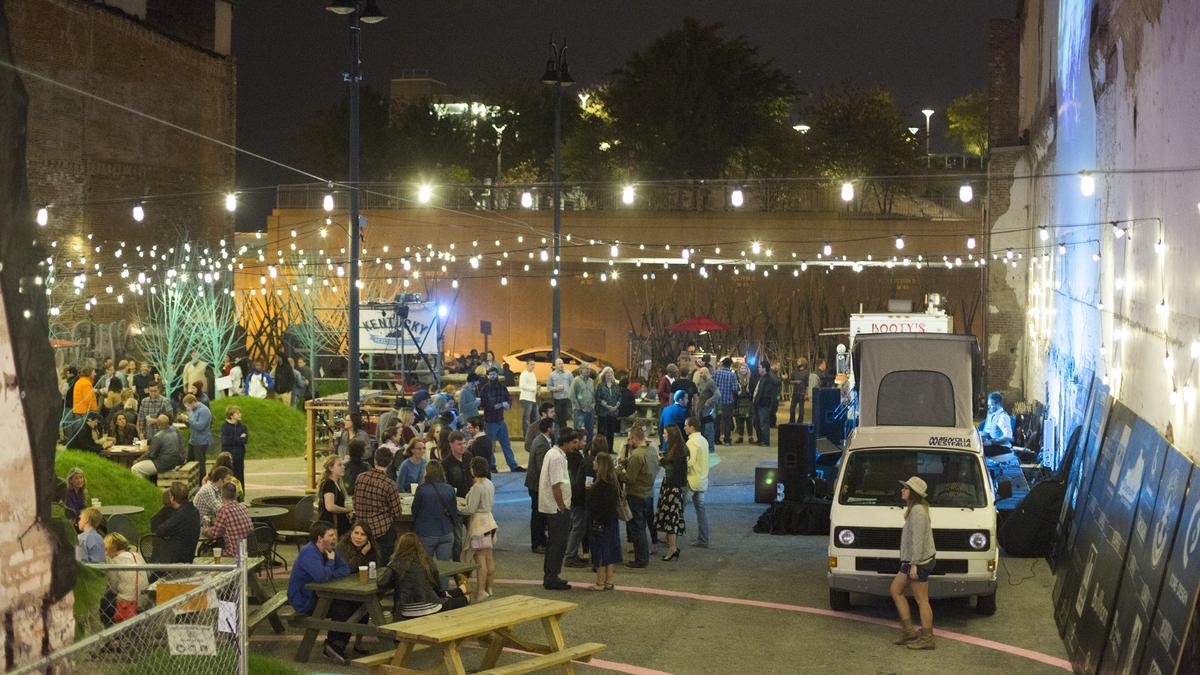 ReSurfaced, the pop-up-urban-happening-street-festival-hipster-event that drew good crowds last year has returned, opening today , June 4, in the same place, the vacant site behind building facades at 615-621 W. Main St. ReSurfaced will be open Thursdays, Fridays and Saturdays in June with live music, local food, artistic performances and programming catered toward the history of bourbon and its modern-day resurgence.

The only day the event will not be held will be Saturday, June 20, because a private event has been booked for the space, according to the mayor’s office.

The Bourbon theme makes sense, since the main sponsor of the event is the Kentucky Distiller’s Association. Rebecca Matheny, executive director of the Louisville Downtown Partnership, said the space will include “ethereal” lighting, native woods and other natural materials from Kentucky. Eric Gregory, president of KDA, said the space also will feature plenty of bourbon memorabilia.

Entry into ReSurfaced will be free. Vendors will sell food and drink.