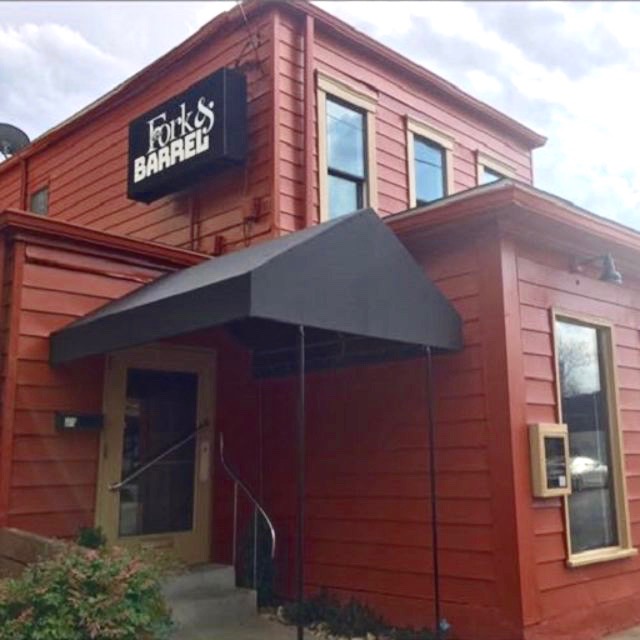 Two new finer-dining restaurants have opened this week, the long-awaited ROC, at 1327 Bardstown Rd., which has been under renovation for a while, and Fork & Barrel, a fairly quick conversion of the former Basa space at 2244 Frankfort Ave. into a restaurant with a southern American menu focus, run by Geoffrey Heyde, formerly chef at Village Anchor & Pub.

Those who frequent the Bardstown Rd. corridor have been watching the slow, steady progress of changing the old Butterfly Garden location into ROC, an Italian restaurant run by Rocco Cadolini, a New York City restaurateur with Louisville family connections.

Cadolini had hoped to open earlier in the year, but construction delays, of course, postponed those plans. Now the space, with a welcoming outdoor patio, informal lower bar and dining area and formal dining room upstairs is serving.

After stints at Village Anchor, SET at Theatre Square and Owl Creek Country Club, Heyde quickly stepped up when Michael Ton closed Basa Modern Vietnamese restaurant. Heyde even had a name ready, worked out with a friend. Fork & Barrel’s menu is “upscale, refined American with a focus on local ingredients and Southern hospitality,” according to Nick Sullivan, the restaurant’s chef de cuisine, in a story in Insider Louisville a while back.

The menu includes appetizers of pork belly with black-eyed peas, mussels with kaffir lime and lemongrass, parsnip soup with shiitake mushrooms, and a Bibb salad with fried chicken livers and goat cheese in a red mustard vinaigrette. Entrées include Kentucky carp, grilled lamb chops with braised leg of lamb and gnocchi is a Dijon cream sauce.