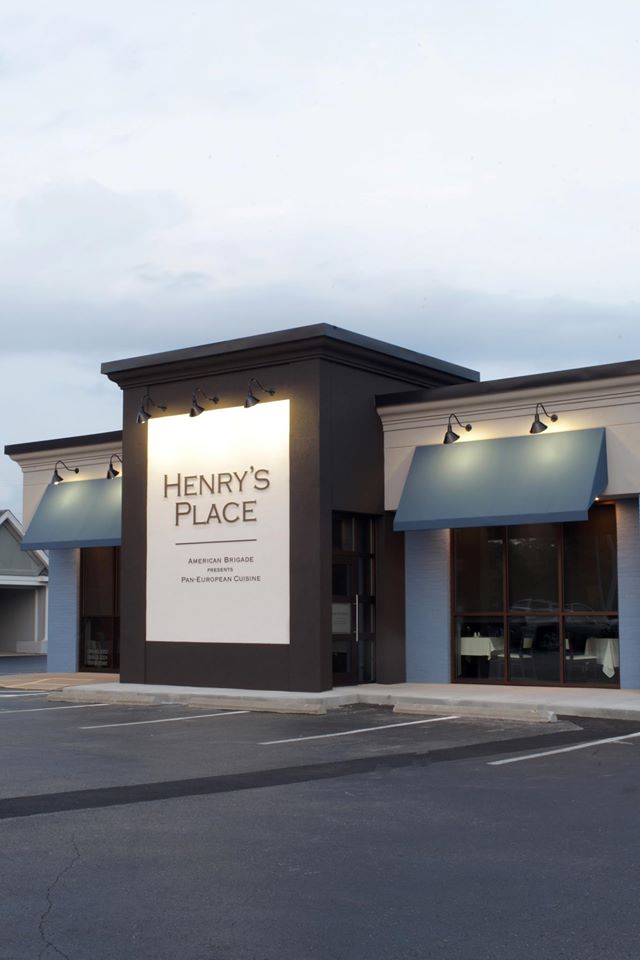 A press release Thursday caught most of us by surprise.  Chef Anoosh Shariat announced that he take over operation of Henry’s Place, 4864 Brownsboro Rd., Monday, August 11.

Shariat  had decided to return to Louisville, and so signed on with the Cunningham Restaurant Group to be the executive chef at Mesh, which is just getting the ground broken at the former site of Azalea. With the lag in the construction of that new place, Shariat had to quickly pivot when the opportunity to take over Henry’s Place opened suddenly.

“It was a win/win,” Shariat wrote in an email, “because Henry’s Place has a great following and the restaurant is still fresh and new. It is the right size and perfect fit for me. It doesn’t give us much time to do the things that I would like to do but we will be able to take our time and due diligence to see what the new concept evolves into.  It also gives me the opportunity to work with the staff on our menu to create something special for Louisville and the area.

“This area of town is under served,” Shariat went on, “and the size the of the restaurant isn’t big so it will allow me to be more personalized and to take advantage of great local products. As a small venue, I will be able to make utilize those local products that have limited availability.”

Shariat also once owned Browning’s Restaurant & Brewery and was the Executive Chef at Park Place Restaurant, both located in the Louisville Slugger ball park complex. Browning’s is now Against the Grain Brewery. Most recently Chef Anoosh spent two years as a chef consultant in Charlotte, North Carolina, including the opening of Baku Restaurant.

“Henry’s Place has established high culinary standards and a great reputation so I’m excited to continue and take it to the next level,” said Shariat.