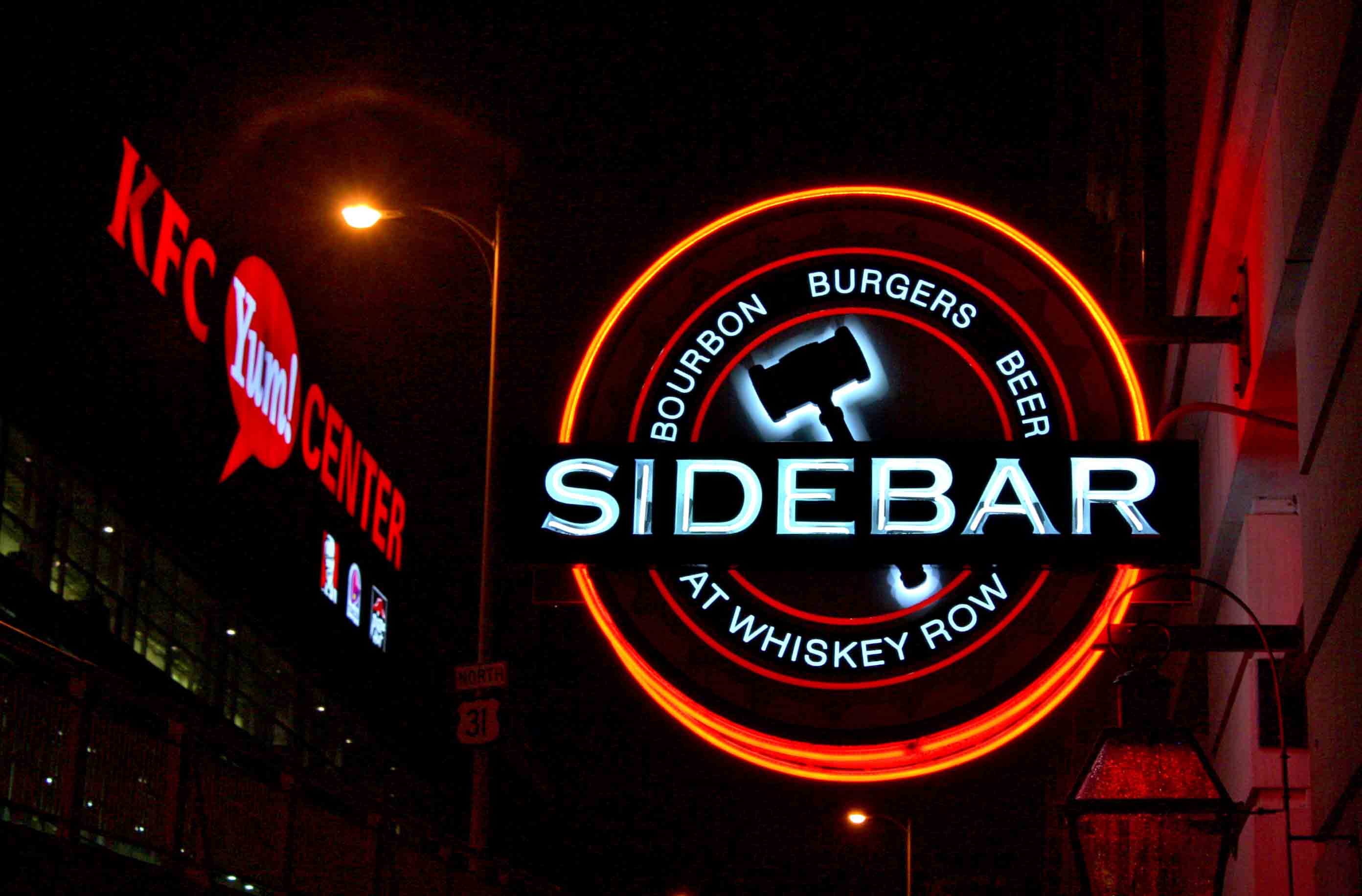 Whether you’re an eager customer or a restaurant owner, there are few things more aggravating than a delayed restaurant opening. So common are these events that the old saying in the restaurant industry is, “Every opening is just one government inspection away,” though the government isn’t always to blame.

In the case of restaurants like Sidebar on Whiskey Row, a new operation going into a very old building, it’s commonly a construction issue. The building is more than 150 years old, and according operating partner Rich Ruth, putting modern toys into an ancient chest is causing a few delays.

“We knew that trying to open up in April was aggressive, but you never know what you’re going to find in old buildings like this one until you get started,” Ruth said. Adding with an expression of frustration veiled by a smile of resignation, “We’re just as anxious as everyone else to get started, trust me.”

As you can see in the photo, Sidebar is directly across the street from the KFC Yum! Center. On the floor below it is Troll Pub by the Bridge, and just around the corner is Sol Aztecas, Doc Crow’s and Patrick O’Shea’s. Across the street heading east is Manny and Merle, Impellizeri’s Pizza and Devino’s Deli and liquor (good place to get a single slice of pie, we might add), and across the street and heading west is BBC and Milkwood.

Which leads us to ask: How many more cool places do these restaurant operators have to group into one small area to convince customers it’s time to come a tad further downtown to see what’s happening on a regular day, not just game day?

OK, editorial over. Back to business.

It’s likely Sidebar will open officially in the second or third week of May, though some trial runs/soft openings are likely before then. (And who knows? Surprises happen, and it may happen sooner.) Assistant general manager Jason Scot Pierce said, “We feel like we’re in a hurry to get it going, but we won’t open it officially until we’re ready. Of course, you can’t delay until it’s perfect because nothing’s ever perfect.  But we will open to the public when we think it’s right.”

Until then, just keep fantasizing about its menu of high end burgers, handcrafted cocktails, broad selection of bourbon, adult milkshakes (read “milkshakes with liquor”) and great appetizers and desserts. A limited menu with a lot of punch.