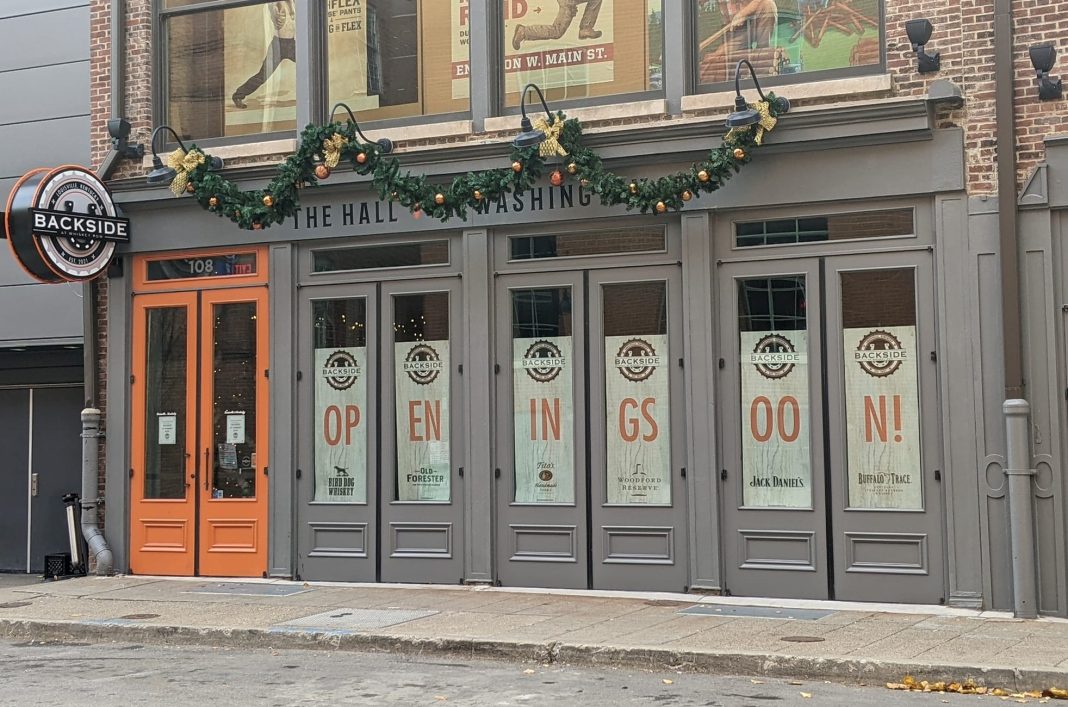 Prior to the COVID-19 pandemic, when both establishments closed, Sidebar at Whiskey Row’s sister business was known as The Hall on Washington, as located 350 feet away.

Sidebar (129 N. Second Street) has long since reopened, and now so will The Hall, albeit redubbed Backside at Whiskey Row (108 W. Washington Street).  As of this writing, the newly dubbed Backside is still being readied for reopening.

The Hall served German-style cuisine, from bratwursts to käsespätzle. (General Manager Lissa) Ramos said the German theme will be left behind with the old concept, and the menu at Backside at Whiskey Row will mimic that of Sidebar.

The new menu will feature some of the same items from Sidebar, including the some of the sides and burgers. Ramos did say some of the ingredients on the burgers may differ slightly from the flagship restaurant. The biggest difference in the menu will be a focus on chicken. She said Backside will offer both fried and grilled chicken items.

As a requiem for the departed Hall, here is an F&D report by Jessica Mathis from 2019.