Home MAGAZINE ARTICLES COLUMNS Humor — So why shouldn’t veggies glow in the dark? 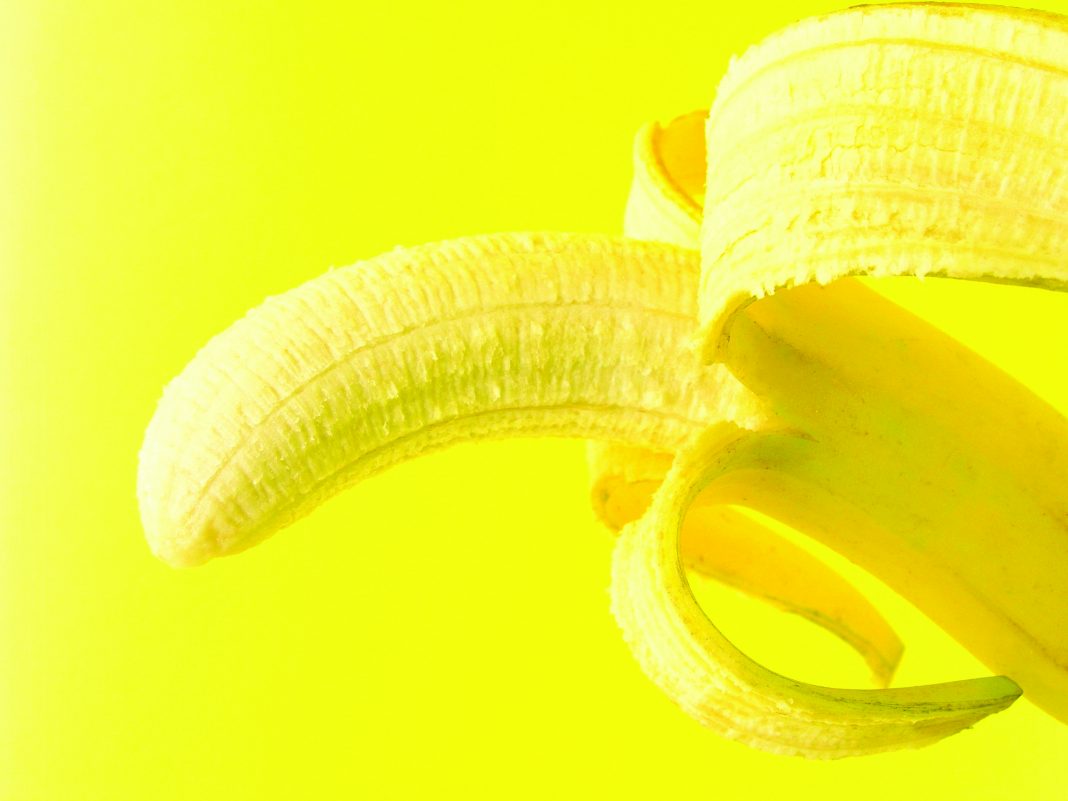 It is no secret that guys avoid eating fruits and vegetables whenever possible. And who can blame them?

Frankly, eating produce can be extremely dangerous. Nature has spent millions of years equipping her plants with horrifying ways of protecting themselves from animals seeking a snack. Since modern humans have only been around for 150,000 years or so, plants have the home-court advantage when it comes to self-defense.

And I’m not just talking about rare and exotic flora from deep in the heart of the Amazon rainforest. Ordinary, everyday produce, if left to its own nefarious devices, can kill a man. So you like apricots? Did you know that their pits contain cyanide? Potatoes can develop dangerous levels of solanine, a toxic alkaloid. Rhubarb leaves contain high levels of oxalates, but this doesn’t really matter because nobody really knows what rhubarb is used for, anyway.
Even the harmless-seeming tomato was thought to be poisonous until well into the 19th century, and with good reason: Tomatoes belong to the same family as deadly nightshade. Therefore, the male urge to resist green things on his plate might actually be rooted in an unconscious, primitive, and potentially very sensible fear rather than personal taste. In the face of such peril, junk food suddenly makes more sense: A Twinkie might not be good for you, but it is not going to kill you. At least, not right away.

Bearing in mind the obvious threat that vegetables pose, I am not ashamed to say that I’m in favor of genetically modified foods. For me, the main issue about bioengineered crops is not so much the morality of it: I’d eat a potato with a curly tail if it tasted like apple-smoked bacon. Rather, my problem is that the big companies don’t seem willing to modify their crops in a way that appeals to me personally.

Now consider the mango. Personally, I think the mango is the best-tasting fruit out there. In fact, I do not see how anyone could not like a mango. But the problem with mangoes is they are slimy to peel and they have a large, confounding seed. Complicating the issue is that there is really no strict demarcation between where the edible flesh ends and the seed begins, like you’ve got with an avocado (arguably the Lexus LS300 of the fruit kingdom). Now, imagine if you could peel a mango like a banana and eat the whole damn thing. No muss, no fuss, all mango. That would be the perfect marriage of taste and design. That’s the direction Monsanto should point its R&D department in. Something like that would just fly off the shelves. And if it happens to glow in the dark, so much the better. But of course, they never bothered to ask me.

Given the sorry state of men’s eating-green-stuff instinct, it’s probably just as well that men have women in their lives, periodically haranguing them to eat their fruits and vegetables. Here in the South, it is said that the only way to get rednecks to eat fruit is to hide it in blocks of marshmallow-encrusted JELL-O. The idea is that the redneck sees a tempting, jiggly, candy-like cube, instinctively reaches for it, stuffs it into his mouth and – Whammo! – He’s been tricked into eating a couple of grapes.

In fact, if it weren’t for women, most guys would think that the produce section of the supermarket was just for decoration – a mildly pleasant, colorful bit of scenery on the way to the deli counter.

Without girlfriends, mothers, and wives, the vast American vegetable-industrial complex would collapse faster than a post-Halloween jack-o-lantern. That’s Monsanto’s Achilles heel. How do I know this? Look at the proof: Mini-watermelons, last year’s biggest fruit sensation. They resonated with consumers on many levels. They were practical, in that they could fit in a refrigerator produce drawer. They were seedless, which made eating them less of a mess. They only required 1/3 the amount of vodka as regulation-sized watermelons in order to work properly.

But the biggest reason why they flew off the shelves was simple –women thought they were cute. Call it the Teacup Chihuahua Effect. But whatever you call it, one thing is clear – those big companies aren’t looking to guys to fatten up their bottom line. We’re too smart for them. We’ll stick with the Twinkies, thank you very much.