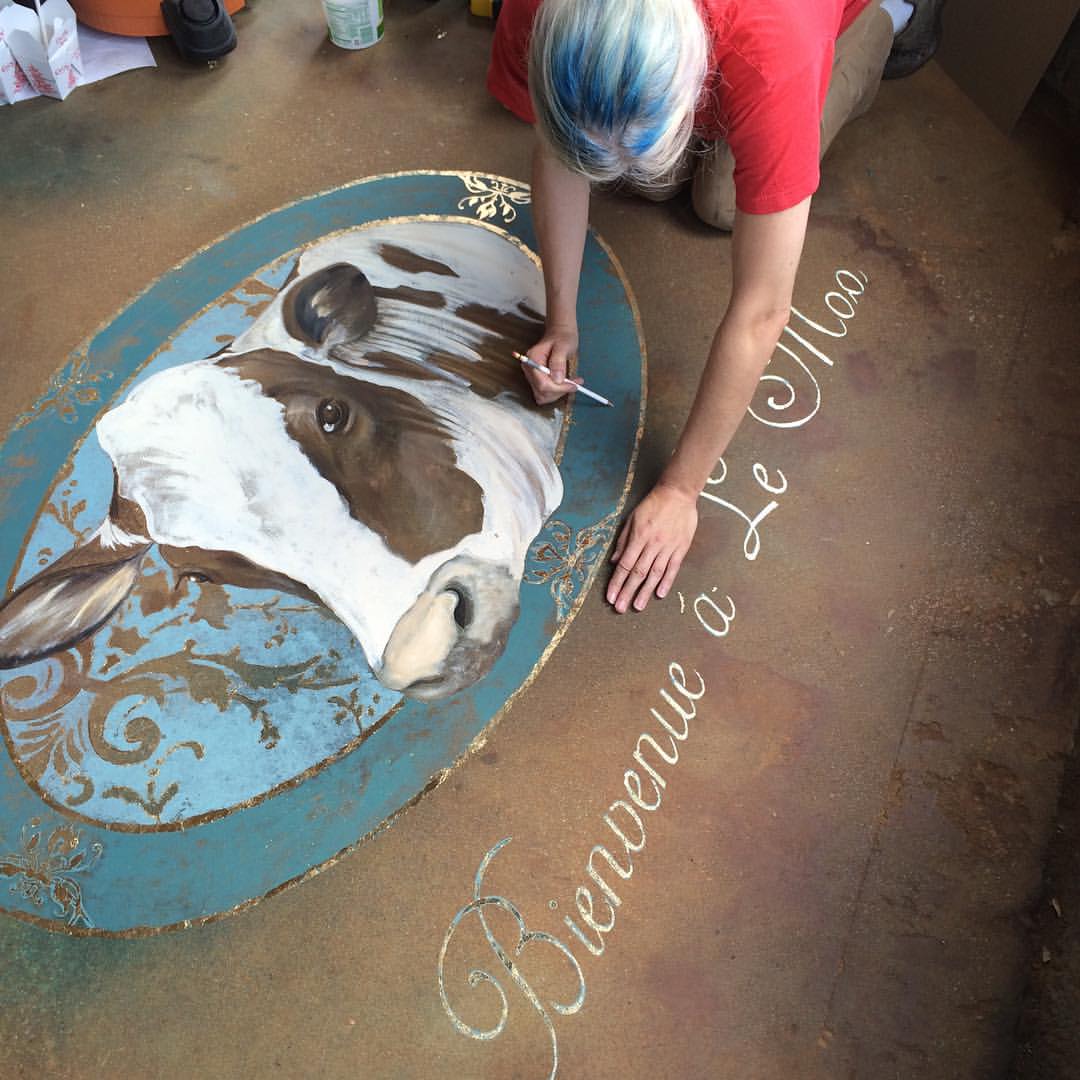 Le Moo, the massively redesigned former KT’s, at 2300 Lexington Rd., has been serving on the QT since last Friday, undergoing the final shakedown and staff training the restaurant industry calls a “soft opening” before it officially opens. That official opening is scheduled for Saturday, Sept. 19.

Owner Kevin Grangier, who has established his restaurateur bona fides with his successful Village Anchor Pub & Roost in Anchorage, has been eagerly overseeing the renovations of the venerable roadhouse. His new decor Grangier has variously described as “Parisian brothel meets Manhattan warehouse” indicating that he wants the visual aspect of his new eatery to be worth commenting on. It will include a booth upholstered in several pieces of repurposed Louis Vuitton luggage.

Le Moo’s menu will be focused on steaks, offering up to 14 cuts of steak, along with desserts such as Guinness chocolate cake with Baileys cream cheese frosting and a pecan pie cheesecake.

The cocktail list will sport fun items like the Mootini and Moogarita, and the wine cellar can hold 1200 bottles.