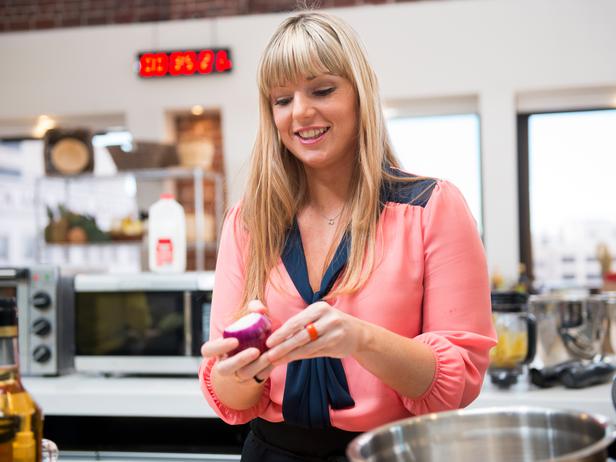 Damaris Phillips, humble Louisville culinary instructor-turned bubbly ‘lectric teevee star after her recent victory on Food Network Star, will hit the airwaves with her own show, “Southern at Heart,” on Oct. 27.

According to a news release announcing the show, Phillips will focus on her take on Southern cuisine slathered with the philosophical bent that “Southern food is the food of love.” The release said to expect plenty of her “quirky sense of humor” and lots of instruction on “how to impress through cooking.”

Like every new program, “Southern at Heart” is an experiment, meaning it’s got six scheduled episodes to prove itself. The first is scheduled for Sunday, Oct. 27 at 10:30 a.m., when you’ll either be at church or nursing a hangover or both—but likely not watching TV. So set that DVR now!

Eater Louisville reports that the show’s production is underway in an undisclosed Louisville location.

If you didn’t watch Phillips’ Food Network Star victory or have never met her, here’s a video interview done by Food Network. Content warning: The interviewer is nothing short of nauseating.

Spoiler alert: Phillips says the first dish she’s going to do on the show is biscuits and gravy.