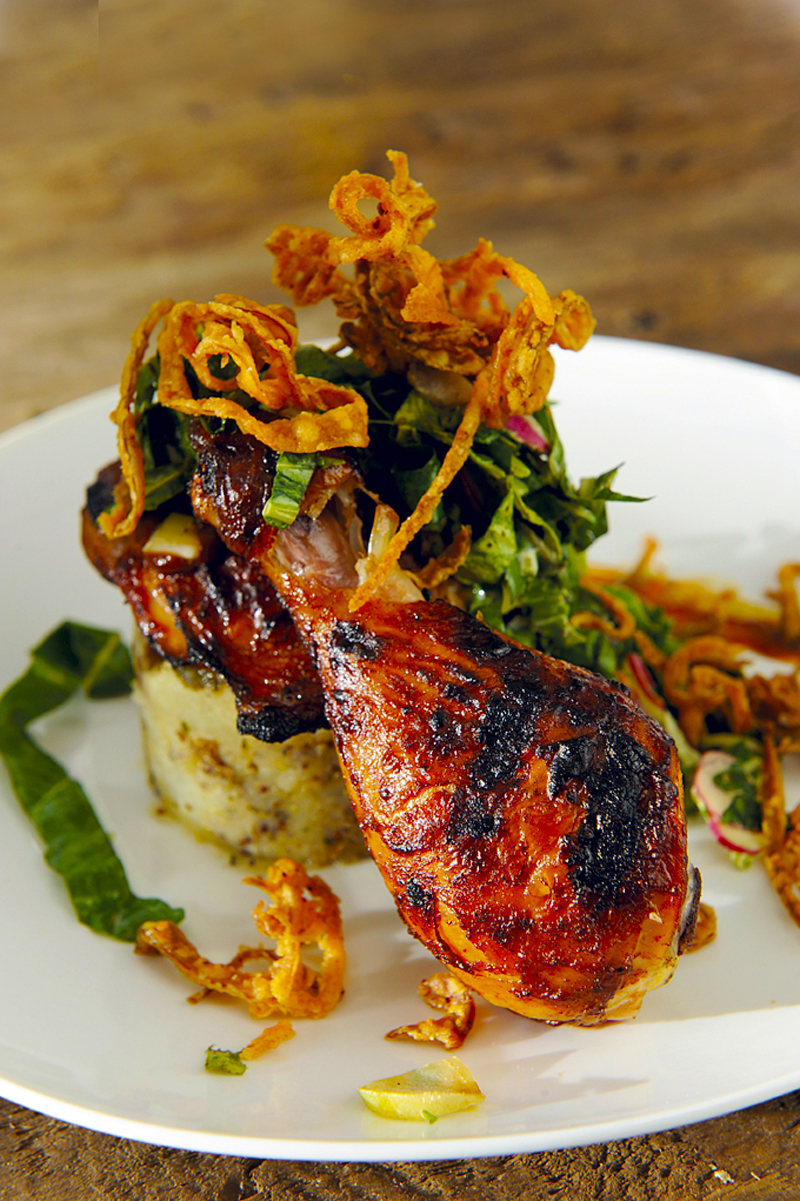 Remember when fried chicken was the stuff of tailgate parties, Sunday suppers at Grandma’s and leftovers for school lunches?

Well, it’s still all that around here, but fried chicken has become tré chic around the rest of the U.S. because people are finally recognizing the real thing is really, really good, not merely a southern staple (which it’s far less of today than ever).
In its July 2013 issue, Southern Living magazine chose 14 restaurants serving “The South’s Best Fried Chicken,” and on that list (given in no particular order) was Louisville’s own Harvest.

The article cited executive chef Coby Lee Ming’s “pepper-flecked fried chicken served over a fluffy hoe-cake or savory bread pudding in a pool of milk-and-cream gravy with a slick of homemade hot sauce.”

Is your mouth watering yet?

The article also mentioned Fearing’s restaurant in Dallas, which is owned and operated by chef Dean Fearing, a Kentucky native.

Nice to see Bluegrass cooks getting their due for a darn good dish!

For more on Harvest check out our Q&A session with chef Coby Ming from the current issue — the issue is currently available for free at newsstands around town..