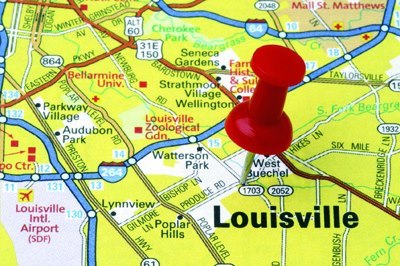 You’d be hard pressed to find many people who love Louisville’s restaurants more than us. Telling the masses about the places where incredible food is created and served daily in this town is want we love to do. But getting involved in a reader voting binge like Southern Living magazine’s South’s Tastiest Town contest last year is something we’ll never do again.

Why not? Because last year’s contest was, at best, highly questionable from about the second week on.

If you recall, Louisville was leading the contest by some 6,000 votes when, suddenly, that chunk of River City nods disappeared without explanation. That reversal shoved li’l ol Lafayette, La., into the lead. Permanently.

Our friends at InsiderLouisville.com called Southern Living directly to ask, “What the hell?” but they couldn’t get an answer. And despite much cheerleading on many news sites to “Vote for Louisville,” little changed in the final outcome—a race in which vote tallies were, inexplicably, kept secret in the final days of the contest.

Call us bitter, bad sports brutes if you like, but we’re not playing this year. Nor are many of our friends, who’ve told us the whole contest was a disappointment to them as well.

Besides, let’s see how last year’s “Tastiest Town” winner Lafayette Louisiana resume of food accolades stack up against ours over the last 12 months:

– Louisville was named the second most “Tastiest Town” in America by Southern Living. (Got us there Lafayette)
– Louisville was named one of the “Best Foodie Getaways around the World” by Zagat.
– Bootsnall.com listed Louisville as one of the “8 of the Best American Small Towns for Foodies.”
– Louisville made the list for “The 10 Best College Towns for True Foodies” on thebestcolleges.org.
– Louisville’s MEAT was named one of the World’s 50 Best Bars 2012 by Drinks International.
– Harvest was named on Food & Wine’s “Best Southern Food in the U.S.” list.
– Hammerheads’ chef was named top 10 in the region by Food & Wine Magazine.
– Holy Grale restaurant was recognized in Draft Magazine’s list of America’s 100 Best Beer Bars, and in Food & Wine Magazine’s roundup of “Best Sliders in the U.S.”

Well, OK, if you want to vote, here’s the link.