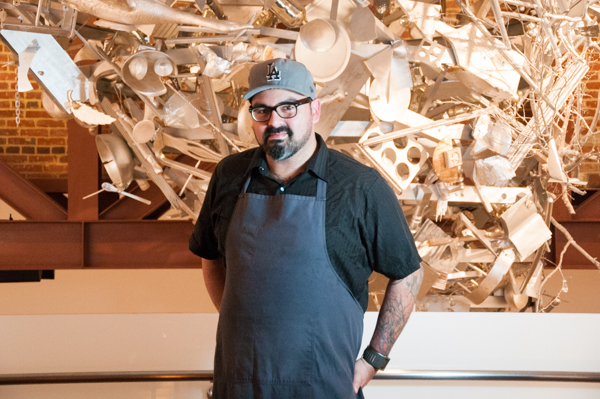 With all the “best of” lists published these days, some might ignore StarChefs singling out Kentucky and Tennessee for its Rising Star Awards in 2014.

They shouldn’t. It’s easily one of the best-vetted best-of compilations in the U.S., one with an independent mission of finding who’s coming up rather than lauding who’s already arrived.

StarChefs is a magazine for culinary-industry insiders, and it created its Rising Star Awards in 2002 as a bit of a counter to the James Beard Awards, which focuses on well-known restaurant pros.

For years the New York City-based website and magazine publisher has focused on chefs, restaurateurs, beverage pros and food and beverage artisans in major metros. But recently it’s expanded its coverage to other cities to several second-tier, emerging markets. This year it took a long look at Kentucky and Tennessee.

“What’s happened is many of these professionals have moved out of larger markets like New York, San Francisco and L.A. to establish themselves in new markets,” StarChefs features editor, Caroline Hatchett, told Insider Louisville. “The most exciting part of my job is to go to these emerging markets and find those chefs and artisans with an amazing amount of talent. It’s really rewarding to shine a light on some who aren’t getting national attention.”

What’s cool is StarChefs is inviting you to celebrate the accomplishments of this year’s 17 nominees when it hosts its annual Rising Star Gala on Tuesday, Feb. 25, from 7:30-9:30 p.m. at the Muhammad Ali Center. It gives the public a chance to mix and mingle with some of the area’s craftspeople and nosh on excellent food and drink. (Click here to buy tickets.)

If you like being at the center of our city’s great restaurant scene, this is the place you want to be.