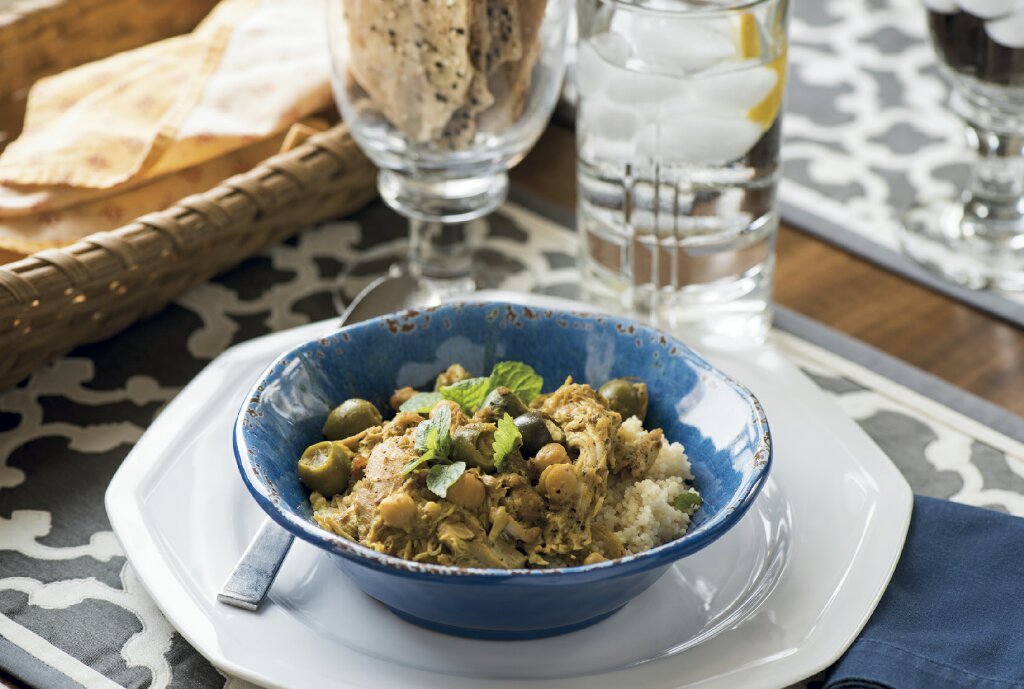 Editor’s note: The following column by Ron Mikulak is an encore from May 8, 2017, with the notion of chasing the blues away striking me as particularly relevant today.

When winter winds nip at the nose, when the clouds spit snow and puddles freeze – that is the time for comforting meals of stew in steaming bowls accompanied by chunks of crusty bread.

Stews are an elemental food, harkening back to dim times when a single earthen pot simmered over a fire, the repository for whatever was hunted and gathered that day. Most cultures that eventually coalesced from our first ancestors kept this primordial food memory, and at the heart of most cuisines are many and varied stews, whether they are called pot au feu, goulash or râgout, boeuf bourguignon, bigos or burgoo, cassoulet, cholent or cioppino, feijoada, hasenpfeffer or hot pot.

The practical value of the stew concept is neatly summarized by The Oxford Companion To Food, with a description that cuts to the heart of the ubiquity of stew in so many cultures: “The mixture of ingredients in a thick and opaque sauce casts a veil of uncertainty over the proportions of expensive ingredients to cheap ones.” Stews stretch what is available to sate many stomachs; the flexibility of the concept allows for the satisfying of varying tastes; and the use of available native ingredients permits endless variations on a theme.

Stews are braises, dishes that apply relatively low temperatures to meats over long cooking times in a moist environment. The process slowly breaks down the fats and connective tissues in cheaper cuts of meat, rendering them fork-tender and luscious. The rendered fat and tendons enrich the sauce in which the ingredients swap around their flavors and enhance each other.

Certain cuts of meat lend themselves more agreeably to stews. Beef cuts such as chuck, shoulder roasts and oxtails – the parts that have a lot of fat and sinew – make for rich beef stews. Similarly, pork shoulder or Boston butts (equivalent to the chuck on beef cows) or lamb shoulder or blade steaks are preferable to the leaner cuts, such as loins or legs, which do better with dry roasting. Cube such cuts yourself, avoiding beef packaged as “stew meat,” which usually consists of trimmings from leaner cuts that, not having the desirable fat and connective tissue balance, will not melt down to the fall-apart texture that braised meats should have.

Whatever meat you use, be sure to pat it dry with paper towels after it is cut into chunks. You will want to first brown the meat, and to do that effectively, the meat should have very little surface moisture. The Maillard reaction that causes surface browning and crisping of meat does not take place if the meat steams or boils. For the same reason, brown meat in batches; crowding in the bottom of a pot encourages steaming, which inhibits browning.
After the surface of the meat is browned, braises need to cook slowly in liquid. Almost any liquid will do – water, wine, broth, beer, cider or citrus juices. Each, of course, will add its particular flavors to the stew. French stews usually call for wine (do not use for cooking any wine you would not sip while cooking); Belgian and German stews like beer. Latin stews often use citrus juices. All these are good choices, but avoid mixing too many competing flavors.

Remove all browned meats from the pot before proceeding and deglaze the bottom of the pot, which will have accumulated the fond, the bits of meat and fat that stick to the pan. Add about a half-cup of cooking liquid – wine, cider, beer – and with a wooden spoon scrape up that fond. When that liquid has almost but not quite evaporated, add the rest of the braising liquid and ingredients as the recipe calls for.

Bring stew to a boil, reduce heat to a bare simmer, cover and let cook. Look in after 20 minutes or so; if bubbling too vigorously, turn down the heat further, and if not gurgling at all, increase heat. Alternatively, heat oven to 315 degrees. Bring stew to a boil on top of the stove, cover with aluminum foil and the pot lid, and put in oven to cook.

Braise until the meat is done

Stew is done when a large fork, such as a barbecue fork, slides into and out of the meat without grabbing at all. If upon stabbing into the meat you lift it out, the stew needs more time. Let it cook for another half-hour and test again.

Stews continue to improve in flavor as they sit and flavors marry. They’re often better a day after initial cooking. Plan ahead, cook when you have time and reheat when ready to eat.

While I certainly do enjoy a straightforward American-style stew made with beef chuck, potatoes, onions, carrots, celery and canned tomatoes, my list of ethnic stews at the beginning here inspired me to investigate some other less familiar stewed dishes, which I offer below. 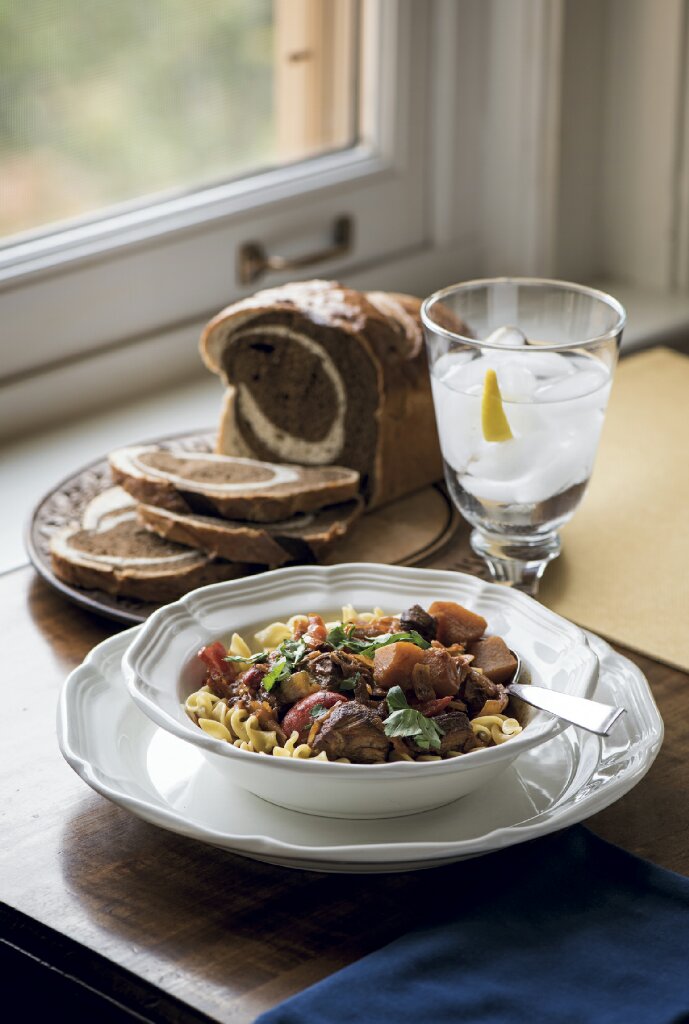 Season chicken with salt and pepper. Heat oil in Dutch oven over medium high heat. Working in batches so as not to crowd the pan, brown chicken well all over, about 3 minutes per side, transferring each batch to a plate.

Reduce heat to medium, add onion and garlic and cook, stirring occasionally, until onion is softened and beginning to brown. Add all spices and cook, stirring, until fragrant, 1–2 minutes. Add chicken broth and a half-cup of lemon juice. Cover and simmer over medium-low heat 30 minutes.

Return chicken and any accumulated juices to pot. Stir in chickpeas and olives and simmer, uncovered, stirring occasionally, until sauce is thickened and chicken is cooked through, another 6 to 8 minutes. Stir in all remaining lemon juice and season to taste with salt and pepper. Discard cinnamon sticks and bay leaves. Garnish with cilantro or mint and serve over rice or couscous.

Heat oil in heavy pot or Dutch oven and when shimmering, add garlic, bell peppers and onion. Sauté, stirring, until vegetables soften, 8 minutes or so. Remove to a bowl and reserve.

Stir in reserved garlic, bell peppers and onions, cubed squash and apples and continue to cook until pork and vegetables are tender, about 30 minutes longer. Discard bay leaves and chili. Remove from heat and stir in sour cream. Serve in bowls over egg noodles. F&D