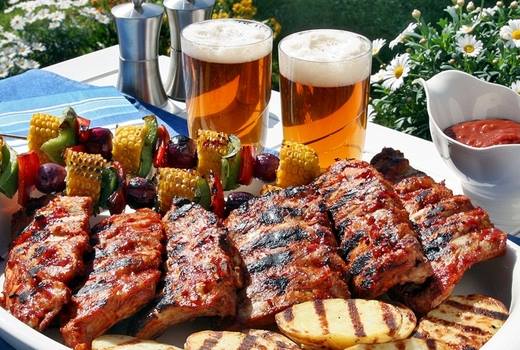 The BBQ will be provided by Shawn’s Southern BBQ, Capriole Cheese and Southern Indiana Zaxby’s locations will provide the appetizers and desserts will be from Smiles Cakes, Cafe 157 and Aladdin’s Cafe.

The $40 admission ticket will get access to that food,as well as two drink coupons, for libations from Donum Dei Brewery and the New Albany Brewhouse, Jim Beam bourbon and wine from French Lick Winery.

The Jamey Aebersold Jazz Quartet and fire performers The Phoenix Collective will provide the entertainment. ACSI artists will also have exhibits and several will demonstrate art techniques, such as glass art, blacksmithing, painting, textiles and stone carving.

The event will be held at the historic Pepin Mansion on Main Street in downtown New Albany.

The Bourbon, Beer & BBQ festival is one of four big events the Arts Council hosts each year, and the number one fundraiser, Presley said. The organization also hosts the Monarch Butterfly Festival, the Mother’s Day tea and fashion show, and a film festival featuring local filmmakers at the Grand each year.

Tickets ($40) can be purchased in advance through the Arts Council website, www.artscouncilsi.org, by calling 812-949-4238 or by stopping by 820 E. Market St., New Albany. Tickets can also be purchased at the door if the event has not sold out by that time.