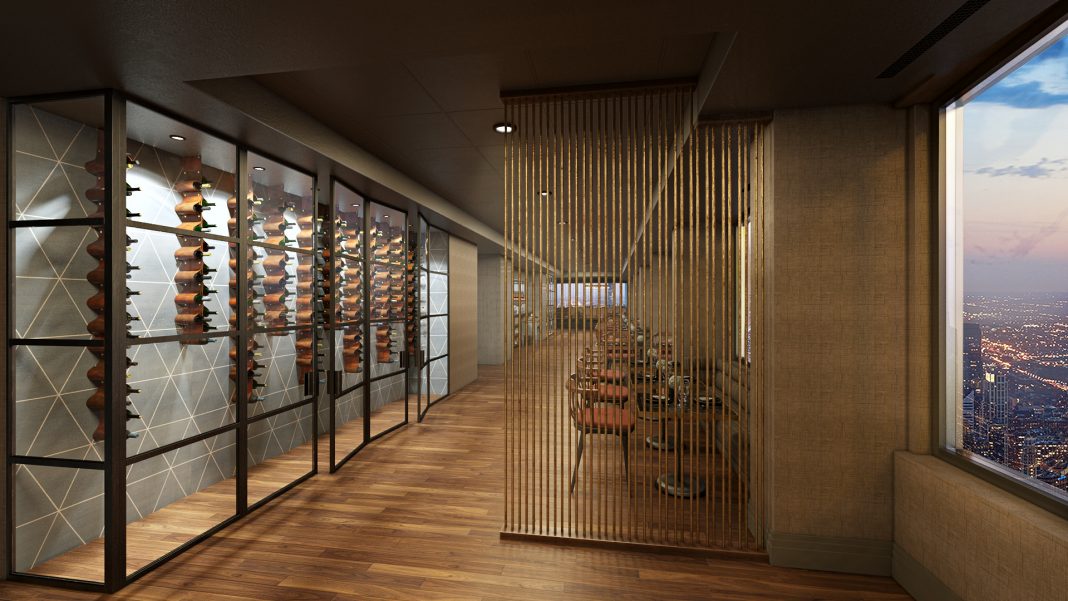 Almost exactly a year ago on August 1, 2019 we took a glance at Swizzle Dinner & Drinks, which was in development on the 25th (twin revolving) floor(s) of the Galt House Hotel in downtown Louisville, and projected to open in the spring of 2020. COVID-19 intervened to delay the project, but now Swizzle has set its opening date for August 27.

Following are a few bullet points from this week’s information release, which describes the restaurant’s bill of fare as “retro dishes with modern preparations.”

Again, August 27 will be the debut for Swizzle Dinner & Drinks, which has pages at both Facebook and Instagram.