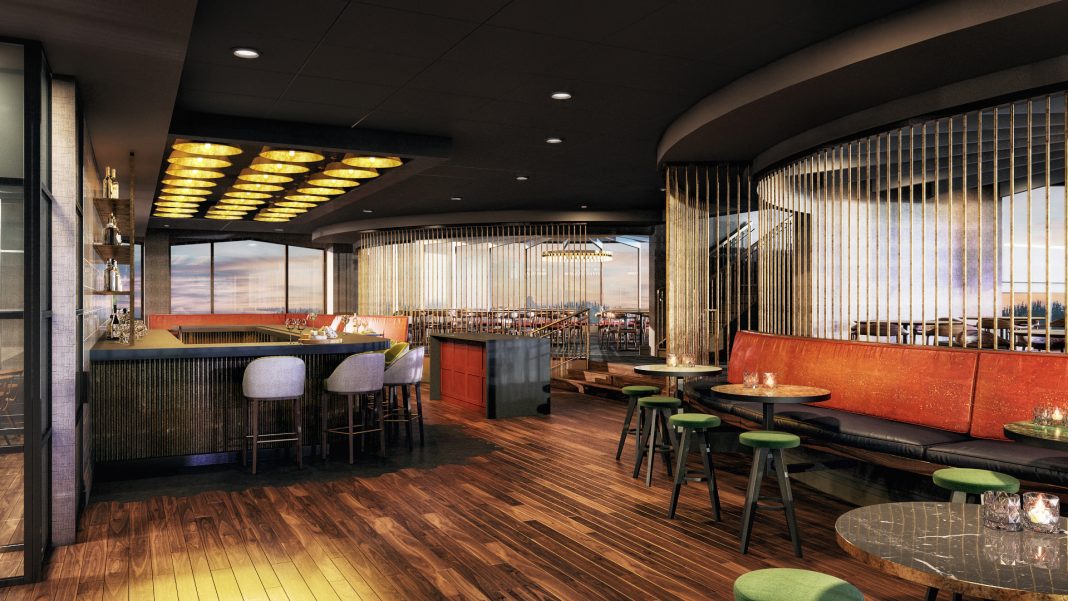 Management of the Galt House Hotel has revealed that a new 25th floor restaurant-with-a-view will be called Swizzle, targeting an opening date in the Spring of 2020. In a news release the Al J. Schneider Company revealed how Louisville’s past has influenced its ongoing $80 million hotel renovation.

Perched 25 stories above River Road, Swizzle is inspired by a restaurant of the same name that operated on Chestnut Street in downtown Louisville in the 1940s and 50s. Back then, the spot was named for the drink stirrers that could mix a patron’s cocktail with just a quick swirl and was billed as the “headquarters for grand food. During the golden era of supper clubs, a swizzle stick was symbolic of a fun night out—of well executed American cuisine, free-flowing cocktails, and memories made with friends and family,” said Scott Shoenberger, President and CEO of the Al J. Schneider Company.

Its modern incarnation dating to the early 1970s, the Galt House’s 25th floor dining space has always treated diners to a sweeping urban panorama, but an entirely different vantage point will be part of the new Swizzle concept.

The restaurant will feature the area’s best prime steaks, chops, sustainable seafood, and local produce, all served up from the open-concept exhibition kitchen situated in the middle of the restaurant, allowing diners to watch the action.

The release promises a beverage program of “a more retro tone, with classic cocktails, including seasonal features, and a curated list of wines available by the glass or the bottle.” There’ll also be two private dining rooms overlooking the exhibition kitchen. 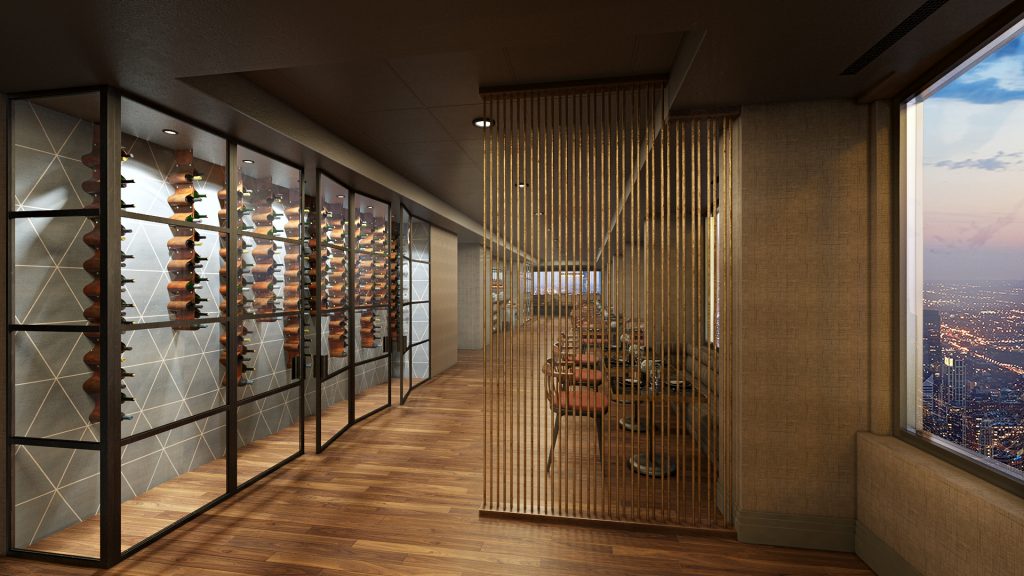 While a chef has yet to be named to help Swizzle, the new restaurant’s menu development is being steered by Executive Chef Michael Putnam and Executive Sous Chef Kendall Linhart, both of whom came to the Galt House in 2017.

“Michael and Kendall have been integral in reinvigorating The Galt House’s culinary program over the past 18 months,” said Shoenberger. “They have embraced the vision we have for honoring Louisville’s culinary past with our new restaurant offerings, and we’re thrilled to see what they develop for Swizzle.”

Earlier this summer the Galt House revealed another new hotel restaurant to be called Walker’s Exchange, an “American Brasserie” helmed by former Gary’s on Spring chef Harold Baker, and inspired by Louisville’s early frontier history as a riverboat trading town.