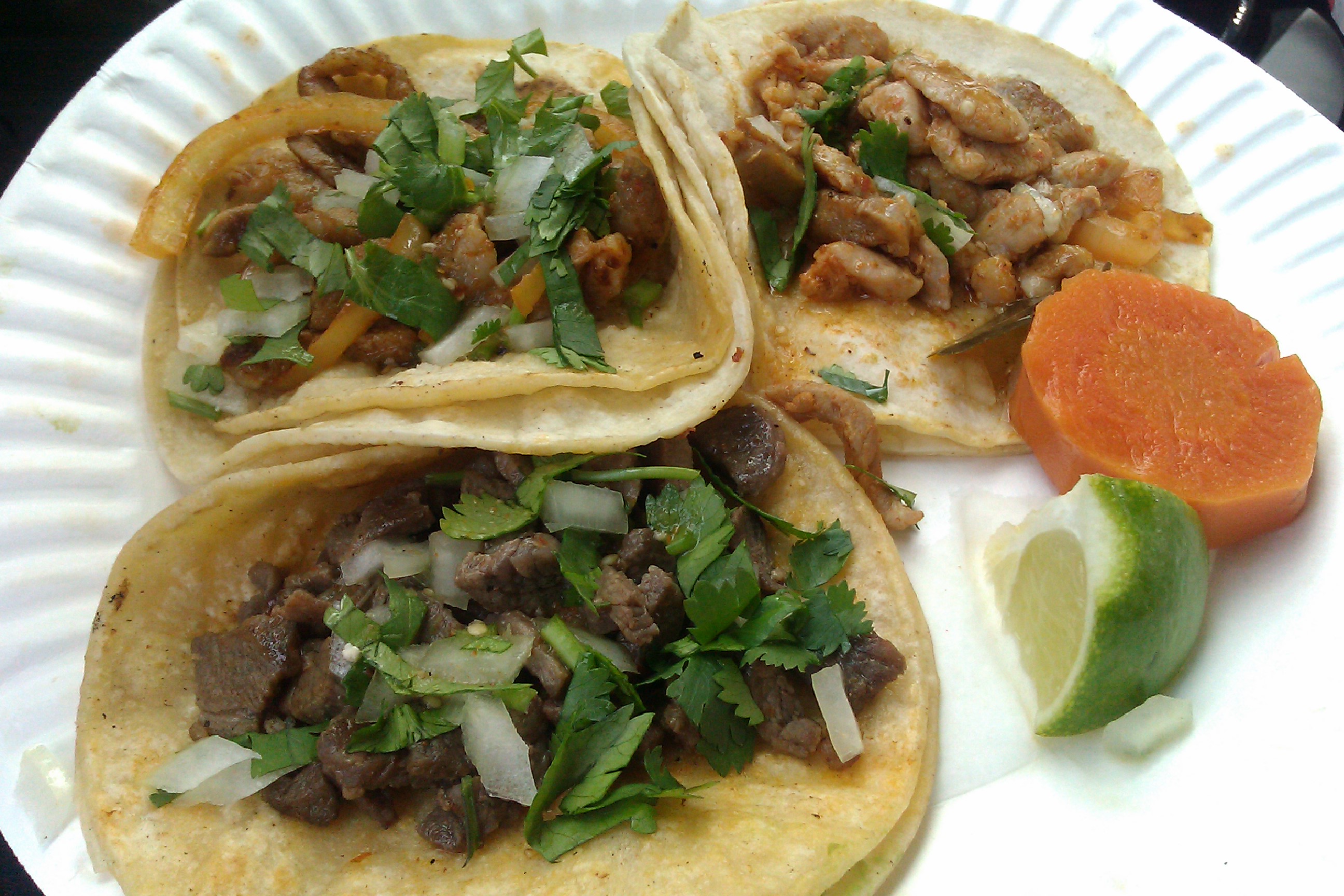 Who doesn’t love tacos? The mere mention of the word is party-friendly enough to have inspired the popular hashtag #tacotuesday to use when sharing your creations with social media.

Why are these wonderful bites so exciting? They’re colorful and fun; they’re full of various tastes and textures. They can be made with just about any ingredients you want, and they’re easy.

They’re so easy, the whole family or even the most unskilled home cook can feel like a pro making and serving them for a party.

We especially like the way you can adapt the taco concept with an array of international flavors. Our own taco night was inspired by the cuisines of Greece, Thailand, Jamaica, Hawaii, and of course, Mexico. Two respected local chefs even joined in on the fun, sending their own recipes. Chef Jereme McFarland of Bourbons Bistro shared his light and refreshing tuna poke taco recipe. Fernando Martinez, chef/owner of Olé Hospitality Group, gave us his version of the classic al pastor taco from the popular El Taco Luchador.

And what would a party be without a few libations? There’s one spirit that comes to mind for a perfect pairing: Tequila, of course!

(Originally published in the Fall 2018 issue of Food & Dining)

For this party, we set up a tequila tasting showcasing the top marks of 100% Blue Agave tequilas. Side by side, we tasted Herradura Silver, Reposado, and Añejo. (The bottles and glasses also double as a lovely centerpiece.) We highly recommend tasting them for yourself, and if you’re a fan of the most popular tequila cocktail, the margarita, try our 2-1- 1 recipe. It uses 3 simple ingredients: tequila, lime juice and agave nectar.

We love serving food that is easy on party hosts, so we set out different types of taco shells and tortillas along with a variety of fillings and toppings to please every palate on our guest list.

The recipes we offer are super simple. Just cook the protein, and set out the rest of the toppings to let your guests build their own tacos. For themed tacos (Greek, Jamaican, Thai, etc.), we like to offer our suggestions on flavors that pair well together. Here’s a simple tip: print signs listing the themed ingredients, and display them on your build-your-own taco bar.

Note: To achieve our absolute favorite Jamaican flavor, we marinate our beef in Walkerswood Spicy Jerk Marinade for an hour or so and then grill it to medium rare. You can find it at your local grocer and at specialty stores.

For the lime cream sauce:

Add the zest, juice, granulated garlic and salt to the sour cream, and whisk well to combine.

Note: You can use your favorite type of chicken for this: grilled and sliced breasts, ground or — easiest of all — rotisserie chicken from the grocery store that you shred with two forks.

In a bowl, whisk together the soy sauce, rice vinegar, sesame oil and red pepper flakes. Add the diced tuna and toss to coat. Serve taco topped with Asian slaw (recipe below) and garnish with sesame seeds.

Mix all ingredients together in a medium mixing bowl. Toss Asian slaw with dressing (recipe below) just before serving.

Add all ingredients together in a small mixing bowl. Whisk together until thoroughly mixed. Add half of the dressing to slaw mixture, toss well and taste. Add more dressing if desired.

Sauté the ground lamb with Greek seasoning until cooked through. To achieve “taco meat” consistency (not as crumbly as regular ground meat), use a stick blender to further chop the meat. Pulse the blender a few times to gain the proper consistency, being careful not to over process it, turning it into paste.

For the Tzatziki sauce:

Marinate pork cubes for one hour. Remove the pork from the marinade. Preheat a pan over medium high heat, and add the vegetable oil. Add all the pork, ½ cup of the diced pineapple and half of the onion. Cook until the onion has caramelized and the pork is cooked through. Season well with salt and pepper.

For the guajillo chili marinade:

In a large pan with water, rehydrate the chilies with chopped garlic over medium heat until softened. Remove chilies and garlic from water with a sieve and drain. Blend drained chilies and garlic will all the other ingredients in a blender until a smooth paste forms.

Tequila as a spirits category in North America is growing as more people discover
high quality products and brands. True tequila is made from blue agave — a succulent
plant found in the region surrounding the city of Tequila. Tequila must be made with a
minimum blue agave content of 51%, and fine tequilas such as Herradura and El Jimador
are made of 100% blue agave. Mexican law states that tequila can be produced only in
the state of Jalisco and limited regions in the states of Guanajuato, Michoacán, Nayarit,
and Tamaulipas. There are many styles and types of tequila, but most fine tequilas are
now oak-aged. After seeing how fine Cognacs were finished by oak aging, Casa owners
began the process they still use today. Casa Herradura was one of the first tequila producers to finish their spirits by aging them in barrels.

Note: We enjoy all four styles, but the Extra Añejo styles can be a little costly. So, we
concentrate on the other three styles.

The best margarita is made with just three ingredients: a good tequila, fresh lime juice
and agave nectar. You will always remember the formula if you think of 2-1-1. Agave nectar
is syrup made from the same plant used to make tequila. Fortunately, agave nectar
is now widely distributed and can be found in most grocery stores.

Shake and strain into a glass with crushed ice. Garnish with a lime wheel.

In a small saucepan, over medium heat, combine the agave nectar and water. Simmer for 5 minutes, stirring occasionally. Let cool, and store in a glass bottle in the fridge. F&D