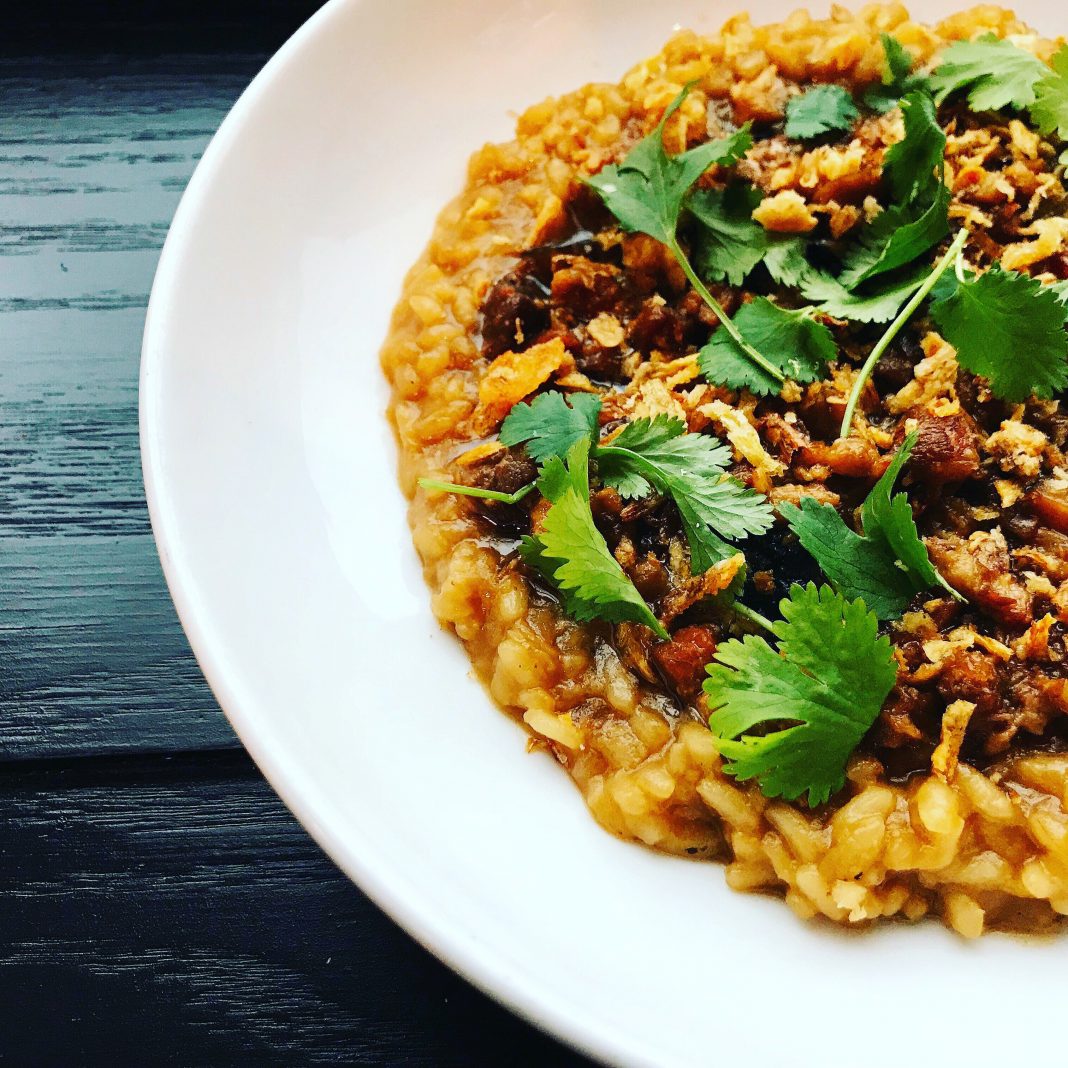 Facebook
Twitter
Email
Print
[adrotate group="3"]
The 502 Bar and Bistro Executive Chef Ming Hsuan Pu is offering a unique Taiwanese-inspired Michter’s bourbon dinner on April 18 from 6 to 9 p.m. The dinner will feature five courses and bourbon cocktails at the Prospect restaurant at 10401 Meeting St. Carly Johnson will also be performing jazz during the dinner. Dinner is $75 per person (with Michter’s or wine pairings) or $50 (no libation pairings). Reservations can be made by calling
502-742-4772 or emailing mingp@502barbistro.com.
Chef Pu was born in Kaohsiung, Taiwan and moved to Vancouver when he was 6-years-old. Three years later, he moved to Louisville.
“From the age of seven to 16 I would visit Kaohsiung, Taiwan during summer break in school for the summer,” he said with a laugh. “So those trips were very inspiring when it came to eating.”
He went on to say that he is mostly Fujian/Chinese with one-eighth Japanese, and his chores growing up included helping his mother prepare the dinners she cooked 5 to 6 days a week.
After this foundation, he furthered his culinary education (after a short stint with accounting) at Sullivan University. From there, he went to work at The Brown Hotel for Laurent Geroli at the English Grill and then on to Asiatique Restaurant as a cook to sous chef working under his long time mentor Chef Peng S. Looi.
“Chef Looi taught me quite a bit about pan Asian cuisine and from there is where I found my own identity,” he said.
Now, the chef is preparing for his fourth appearance at the prestigious James Beard House on July 16. But, first he’s bringing his roots to the table with his Taiwanese bourbon dinner.
“The inspiration behind this Taiwanese bourbon dinner is my roots and what I enjoy about Kentucky,” he explained. ” I want to showcase Taiwanese Cuisine and flavors with Kentucky and southern ingredients with western and eastern techniques.  Also, I want to introduce Louisville to something they’ve never seen or had before.
He continued, saying these dishes are inspired by dishes that have been around for hundreds and hundreds of years.  He revealed that he eventually wants to open a Taiwanese/New American Restaurant using Kentucky/southern ingredients to recreate Taiwanese food in a creative way.
The menu is as follows:
1st Course – Michter’s US-1 Rye Manhattan – “Taiwanese Tapas” – Sesame Cucumbers/Pan Seared Turnip Cake
2nd Course – Michter’s Toast Barrel – “Yan Su Ji” (Taiwanese Fried Chicken) – Joyce Farms Chicken, Bourbon Barrel Soy, Thai Basil Oil
3rd Course – Michter’s American Whiskey – “Lu Rou Fan” – Berkshire Pork Belly, Scallion Oil, 63C Soy Egg, Sushi Rice, Crispy Shallots
4th Course – Michter’s 10 Year Straight Bourbon Single Barrel –
“Niu Rou Tang” – 12 Hour Beef Broth, Creekstone Farm Ribeye, Heirloom Carrots, Taiwanese Fines Herb, Pickled Mustard Greens
Dessert – “Taiwanese Revolver” – Oolong Tea Infused Michter’s Toasted Rye, Tia Maria, Orange Bitters – Milk Tea Panna Cotta
Photography from Ming: Lu Rou Fan – Pork Belly Stew. Ming said it was one of his favorites while he was living and visiting in Taiwan.  It’s diced or coarsely minced pork belly stewed for hours in rice wine, shiitake mushroom, soy sauce, 5 spice, ginger, shallots served over white steamed rice. His variation uses Kentucky Heritage Pork or Berkshire Pork, Bourbon Barrel Soy Sauce and local produce to fuse Kentucky with Taiwan.