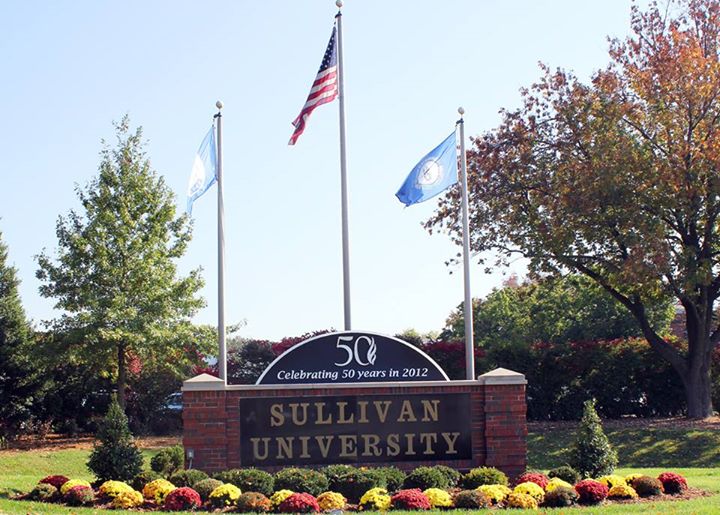 Thursday, Nov. 6 from 5:30 to 8 p.m. Winston’s, 3101 Bardstown Rd. on the Sullivan University campus will host a dinner featuring dishes from the food traditions of six countries.

The $50 “boarding pass” (which is partially tax deductible) will allow guests to roam through six rooms, each devoted to the cuisine of nations such as Portugal, Italy and France. Admission includes a bourbon cocktail, wines, and more than a dozen tastings by Sullivan chefs and culinary students. 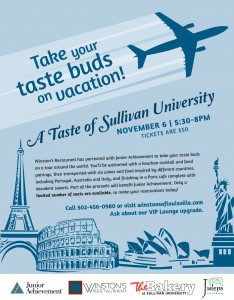 For $15 more, guests will have access to the VIP travel lounge, with food from Australia and tastings of sparkling wine and port. Here’s the full menu, with the cute international airport themes:

Terminal A: Wine flights: Passed hors d’oeuvres including Gougerés pastries; Choose from 16 international and domestic wines for a flight of five

The evening of international food and wine pairings will benefit Junior Achievement of Kenuckiana. Kentucky author and Sullivan professor Albert Schmid will also be available to sell and sign his book “The Old Fashioned.”