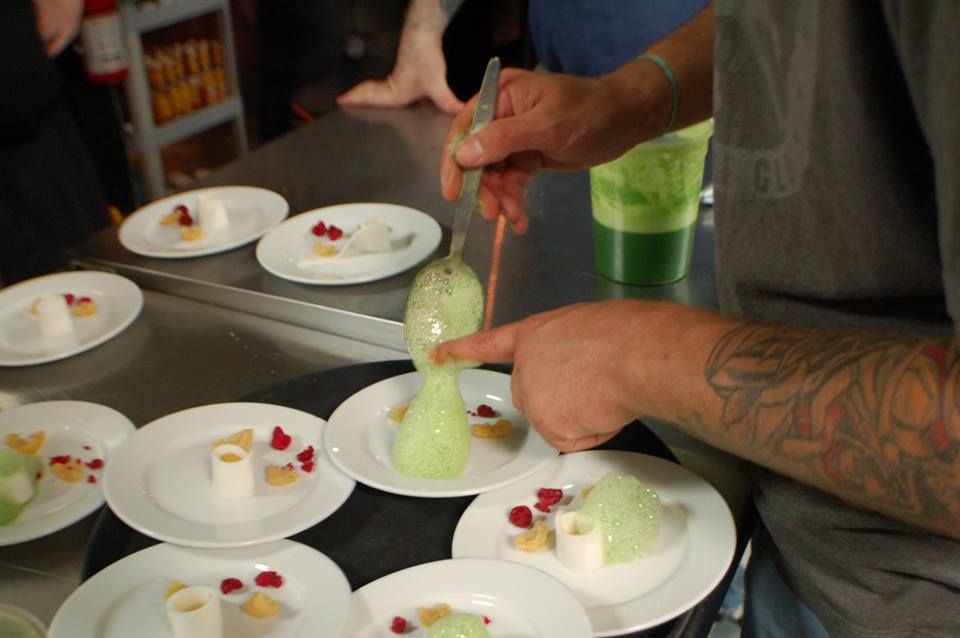 Ten Tables, the pop-up dining concept that seated diners by a lottery system, is planning to return in September.

The dinner club started in 2014, when chefs Eric Morris, Griffin Paulin, Ethan Ray and Dustin Staggers got together semi-regularly to cook for guests who were lucky enough to get picked in a lottery system – diners submitted names and numbers in their party, and a blind draw chose customers for the limited-seating dinners.

According to a story in Insider Louisville, the Ten Tables was successful, but the participants found that by January 2016 they had other interests they wanted to pursue, and so they stopped offering the periodic dinners, advertised mostly on Facebook and work of mouth. Morris was working to open Gospel Bird in New Albany, and now he’s preparing to open Hull or Highwater there too. Paulin has since opened the noodle restaurant Mirin, and Staggers got out of the restaurant business.

Paulin and Ray, however, are making plans to revive the dinner club. Morris and Staggers won’t be involved in the new iteration of Ten Tables, but they will be welcome to make guest appearances at specialty dinners whenever they like.

The revival of Ten Tables will feature free-wheeling eight-course meals, dictated by the inspiration or whim of the chefs involved. The dinners are likely to cost about $80, with optional drink pairings.