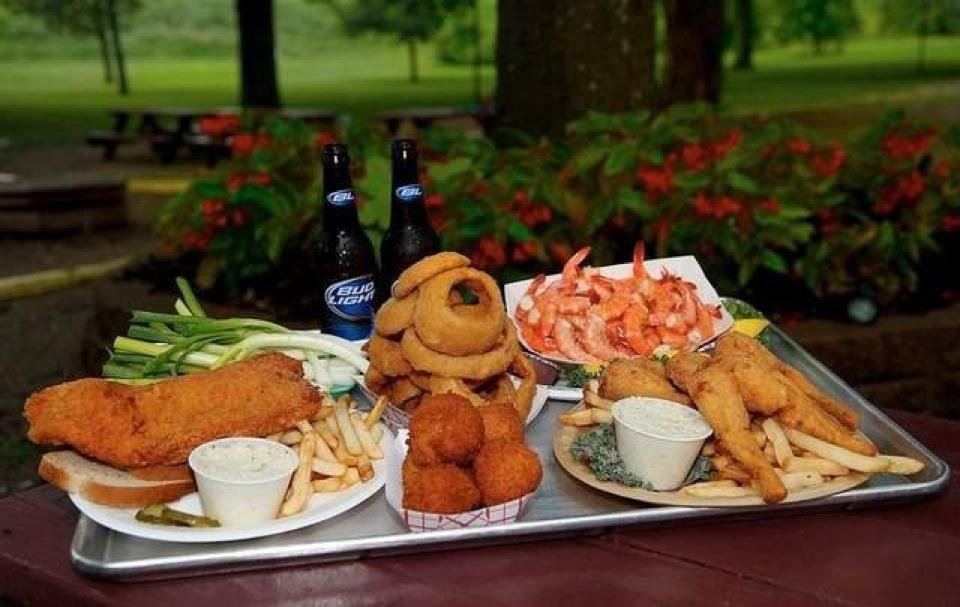 98 seasons is more than Law & Order, The Simpsons and Dr. Who combined, but that’s the legacy-and-counting for Mike Linnig’s Restaurant (9308 Cane Run Road), which has been serving seafood to Louisvillians since 1925, the year when F. Scott Fitzgerald’s novel “The Great Gatsby” was published.

The restaurant’s customary winter break is almost over, but in 2022 it’s going to take just a bit longer than usual.

ATTENTION MIKE LINNIG’S FRIENDS AND CUSTOMERS! We are delaying the opening of our 98th season to January 27, 2022 as a precaution to the recent COVID surge and to keep our employees and customers safe. Our new opening day will be Thursday, January 27, 2022 at 11:00 a.m. Thank you for your understanding and support through the years. We look forward to seeing you then!

Mike Linnig’s not only has its own history, but one it shares with many people who grew up in the area. Starting in the 1950s, my grandparents spent their Friday and Saturday evenings at Mike’s Place with friends. Soon, that became my father and his sisters, spending their evenings eating then playing with their friends around the playground and soon around the levee, while the adults socialized and sipped on a few beers. My dad recalls the finer details about Mike’s Place though, the crunching gravel pathways (now concrete) and the hanging yellow string lights that glowed. His memories of Mike’s Place are fond and abundant, as I’m certain everyone’s are who spent their childhood growing up around the same gravel paths, hanging lights, good food and great company.