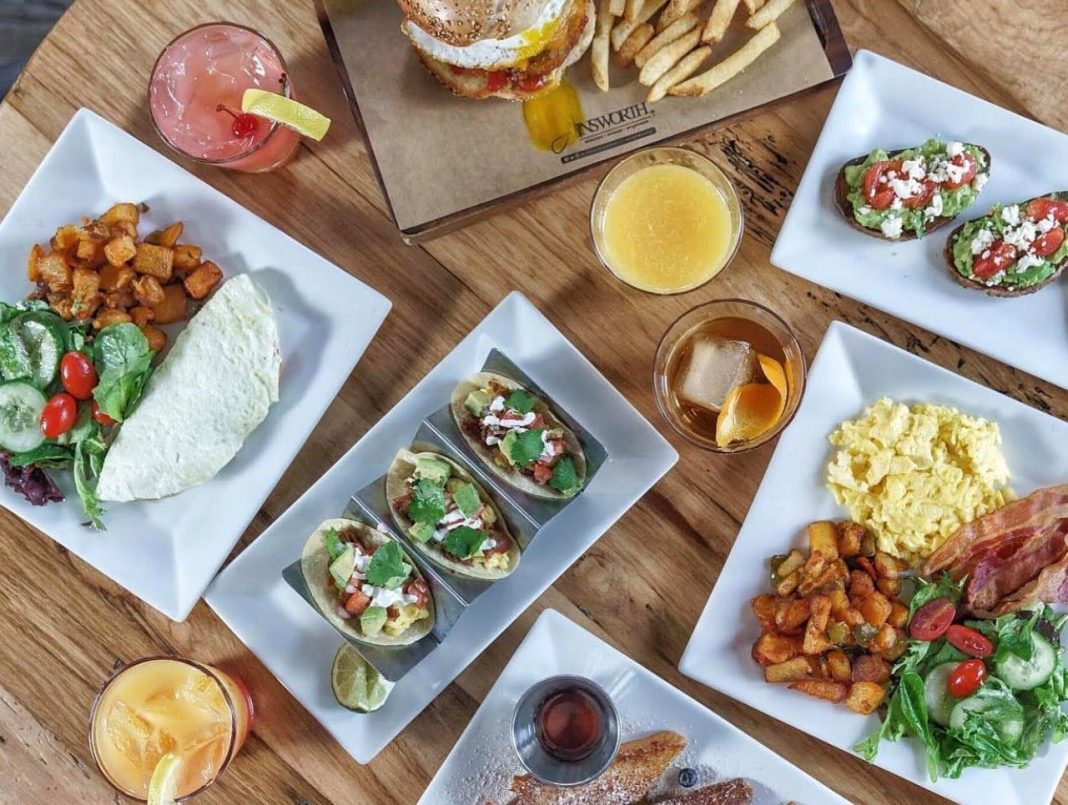 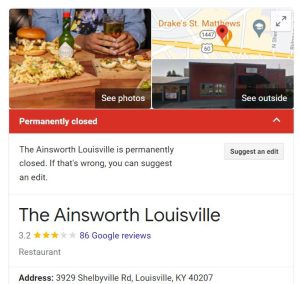 “The Ainsworth venues feature upscale rustic décor, including barn wood pine, chandeliers, leather booths and televisions set in antique picture frames that transform into mirrors when not in use. (Co-owner Matt) Taylor said the overhaul will be a $1 million investment.”

Numerous sources in the local food and drink sector have confirmed that whatever else you might be planning for Christmas in 2021, Foodgod 24K Gold Wings will not be on the brunch menu, because The Ainsworth (3929 Shelbyville Road) is no more.

The Ainsworth, described as a “new-to-market, upscale concept,” was minted in 2019. It supplanted Sullivan’s Tap House, which in turn had replaced Bluegrass Brewing Company, which occupied the space from 1993 through 2017.

Taylor, who owns Sullivan’s with partners John Sullivan and Breno Giacomini, said his restaurant group purchased The Ainsworth restaurant brand, which is based in New York. He said the concept is a great fit for St. Matthews, as it is turning into more of a restaurant scene as opposed to night life.

COVID-19 realities delayed the opening of the Ainsworth, which lifted off on November 6, 2020. The restaurant’s social media posts were sporadic after May this year, and the rumorama was recurringly ripe with accounts of difficulties.

Naturally these tidbits can’t always be trusted, and in this instance, just as with the closing of any other eatery, my condolences to ownership. I know what it feels like. In the current job market, there should be ample opportunities for former employees of The Ainsworth, and that’s a good thing.

Consequently, allow me to take this opportunity to note the opening of numerous independent restaurants in Louisville in 2021, and the closing of others, and to remind readers that every last one of them is (or was) someone’s dream, brought to fruition by old-school blood, sweat and tears.

At times the difference between success and failure can be thinner than those sheets of filo dough in your Greek aunt’s spanakopita, but there’s nothing quite like food and dining (lower case) to bring people together, and this shared ideal is still worth the pursuit, in spite of the difficulties.

Simply stated, Food & Dining Magazine remains in awe of all the entrepreneurs and risk-takers in the Louisville area’s food and drink sector, those intrepid souls who glance in the general direction of the daunting odds, shrug, and follow their muses. For those about to rock their dreams in 2022, we salute you.