Home OPENINGS & CLOSINGS The Don goes down as Butchertown’s Hog Father Pizza calls it a... 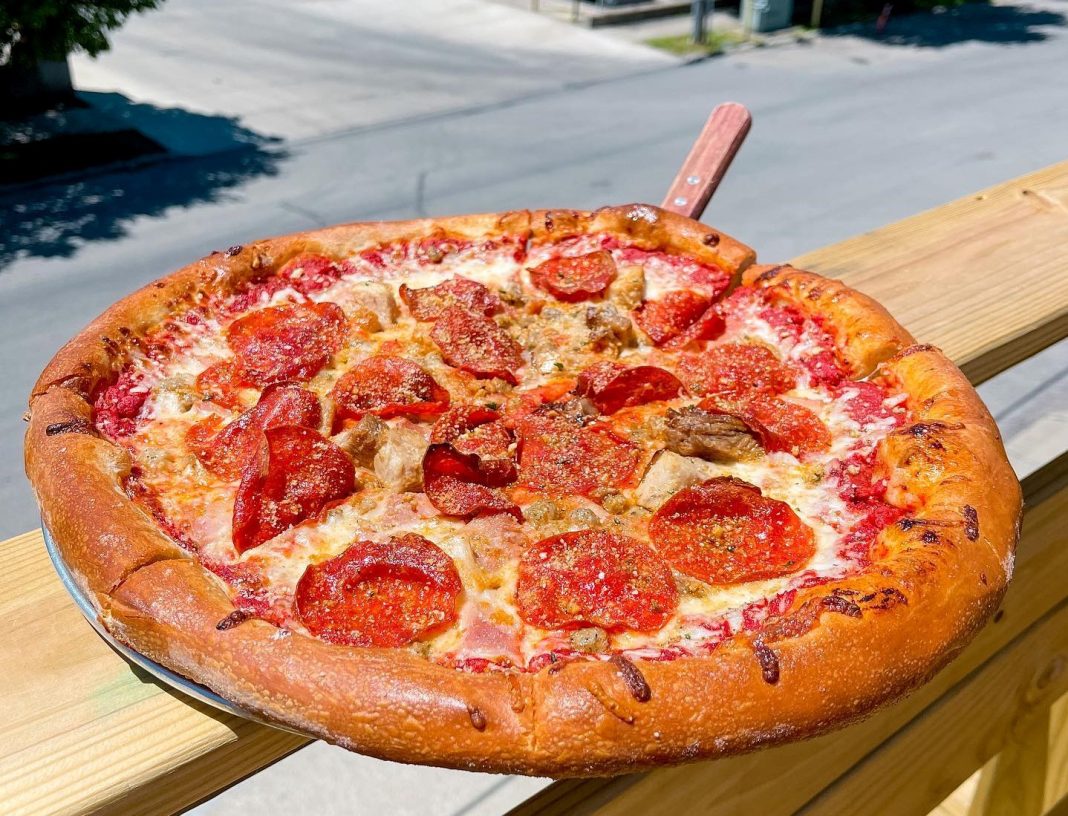 When Hog Father Pizza opened for business in February, it was the occasion for a deep (dish) dive into The Don here at Food & Dining Magazine, via our friends at Louisville Business First.

Hog Father Pizza is opening in Butchertown on February 8

Clearly the biggest thing on the menu, “The Don” is a cast-iron cooked, deep dish pizza with shop red sauce, mozzarella, pork belly, shop meatballs, pepperoni, country ham, sausage, bacon jam, caramelized onions and smoked crimini mushrooms. It’s priced at $38 and if you can eat it in under an hour, you get it for free along with your photo on the Don wall.

Owner Andy Blieden announced today that Hog Father Pizza, located at 1301 Story Ave., would not be reopening after announcing its temporary closure in September.

He blamed the decision on staffing shortages and the general impact of the Covid-19 pandemic on the dining scene.

“Hiring is super tough right now,” Blieden said. “We were just too far behind. We decided about a week ago to just cut our losses. But I’m still bullish on Butchertown and this location. This was the location of a successful restaurant before Hog Father and it will be again.”

Blieden is looking for another tenant, and it’s not unreasonable to suggest that the forthcoming launch of The Whirling Tiger (by Against the Grain) just a block away might shorten the odds of finding one.