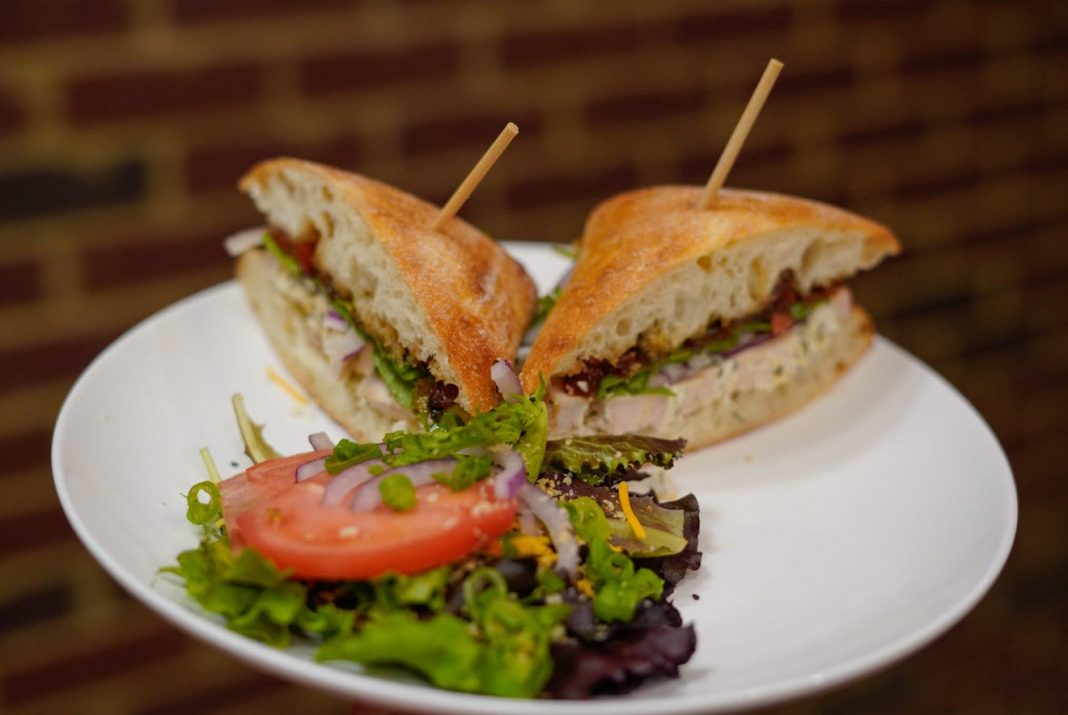 Let’s begin by meeting Devon Rosenblatt, who messaged F&D a few weeks back with information about his new gig. Rosenblatt is executive chef of Fuel Meal Prep, founded by Andrew and Brookelyn Cubbage, which kicked off in 2018 from the Chef Space incubator in West Louisville. It aims to provide weekly pre-prepared meal options for pickup and delivery in Louisville and the vicinity.

Rosenblatt also is the executive chef and general manager of The Fuelery, newly opened at  2011 Frankfort Avenue where Mirin used to be. The Fuelery is a one-stop, bricks ‘n’ mortar, “have a seat” brand extension of Fuel Meal Prep, which will operate there, too.

In Chef Rosenblatt’s own words, here is an overview of The Fuelery.

The Fuelery will be the only local business of its kind, in that it serves more upscale food offerings in a casual yet modern cafe environment, paired with coffee, smoothies, and shakes, in addition to retail items such as keto and gluten free donuts and lactose free protein milk.

We will also be selling grab and go meals from the meal prep company, for those who want to stop in and grab some pre-made meals to enjoy there or take out the door with them.

All meals and drinks are macro-calculated and health focused, meaning no heavily processed and pre-made ingredients, and as few preservatives as possible. On top of that, we will be focused on being as farm to table/local business to table as possible, with seven local farm and business partnerships already established.

Chef Rosenblatt’s professional biography is provided at The Fuelery’s website.

Executive Chef Devon Rosenblatt is an accomplished chef with over ten years’ progressive industry experience. He has worked in upscale, casual, and fine dining environments, including opening and owning his own Casual American restaurant by the name of The Kitchen, and helping to reopen the historic and renowned Beehive Augusta Tavern in Augusta, Kentucky.

A Virginia native, he has spent the last ten years studying the culinary world in different parts of Kentucky, and after a stint as chef at locally-known North End Cafe, chose Louisville as his base to broaden those studies. As the creator of Louisville’s 2019 Burger Week winning burger, The Big Cheese, he has brought his passion, drive, and industry experience to the health-food world to show us what he can do.

According to The Fuelery’s page at Facebook, current hours are Tuesday through Thursday, 11:00 a.m. to 8:00 p.m.