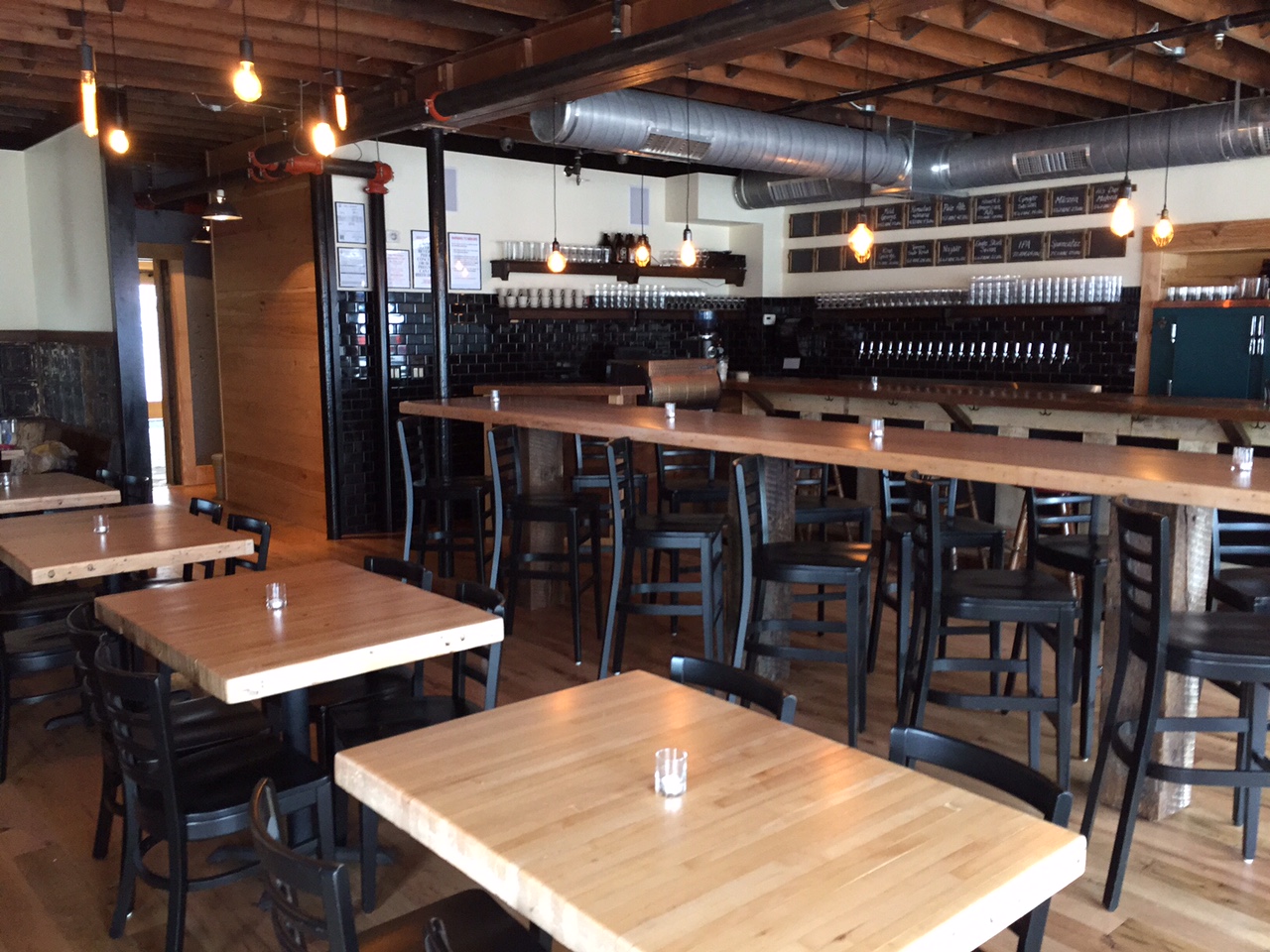 Patrons of Check’s Café and other Germantown frequenters have been watching the slow but steady progress of the renovation of the old Zeppelin Café space at 1036 E. Burnett Ave. for some months now. Today, the Monnik Beer Co.  opens in that location, the newest of the local beer expansion that has been occurring this year.

Owners Ian Luijk and Brian Holton, who also own the Danville-based Beer Engine brewery, bought the building in 2012 with the plan to open a Louisville location. It took a full year to get the rezoning for a brew pub through the city’s red tape. Now, their perseverance in overcoming two years of the inevitable construction problems when renovating an older building, have paid off. Doors open today, Wednesday, Nov. 18 at 4 p.m.

The 10,000 square food space will house a brewery in a building at the back, a barrel-aging room, a patio, a stage, a kitchen and seating for 250. They plan to start with 16 house brews as well as a rotating selection of guest taps.

Co-owner Ian Lujik is Dutch, and, he explained in a phone interview, “monnik“ is Dutch for “monk.” “I have always liked the way monks live,” Lujik said, “their quality life, how they enjoy the finer things, but not in a  pretentious way. Life is slow and intentional for them, they don’t just do stuff, everything they do is for a purpose. We like to think that about ourselves, too, that what we do is intentional too, and we think that will be reflected in the space, the beer and the food. We liked the idea of monks, and liked the word ‘Monnik,’ which is unique to the states. We wanted a word that was safe from trademark issues later.”

Meghan Levins will be the chef, devising a gastropub-style menu. Scott Hand and Brian Holton are the brewers, who have been at work for about four months, concocting the range of pilsners, lagers and ales, including several saison variations, including Belgian farm ale.

Lujik said he wanted the food to reflect the intentionality of the process too, so his chef has done research about local sourcing, and the best ways to make quality bar food. There will be burgers and fries, but the fries will be hand-cut, parboiled and double fried, the way the Dutch make them. Smoked trout will be on the menu too.

“The building was full of surprises,” Lujik said, “Mainly bad surprises. It was rough. The previous owners had taken pretty bad care of it. We ended up taking over 5000 square feet and totally rebuilding it. Now the building has new everything – HVAC, sprinklers, electric.”

That corner of Germantown should be the ideal place to pay back the hard work that Lujik and his partners have put into the space.