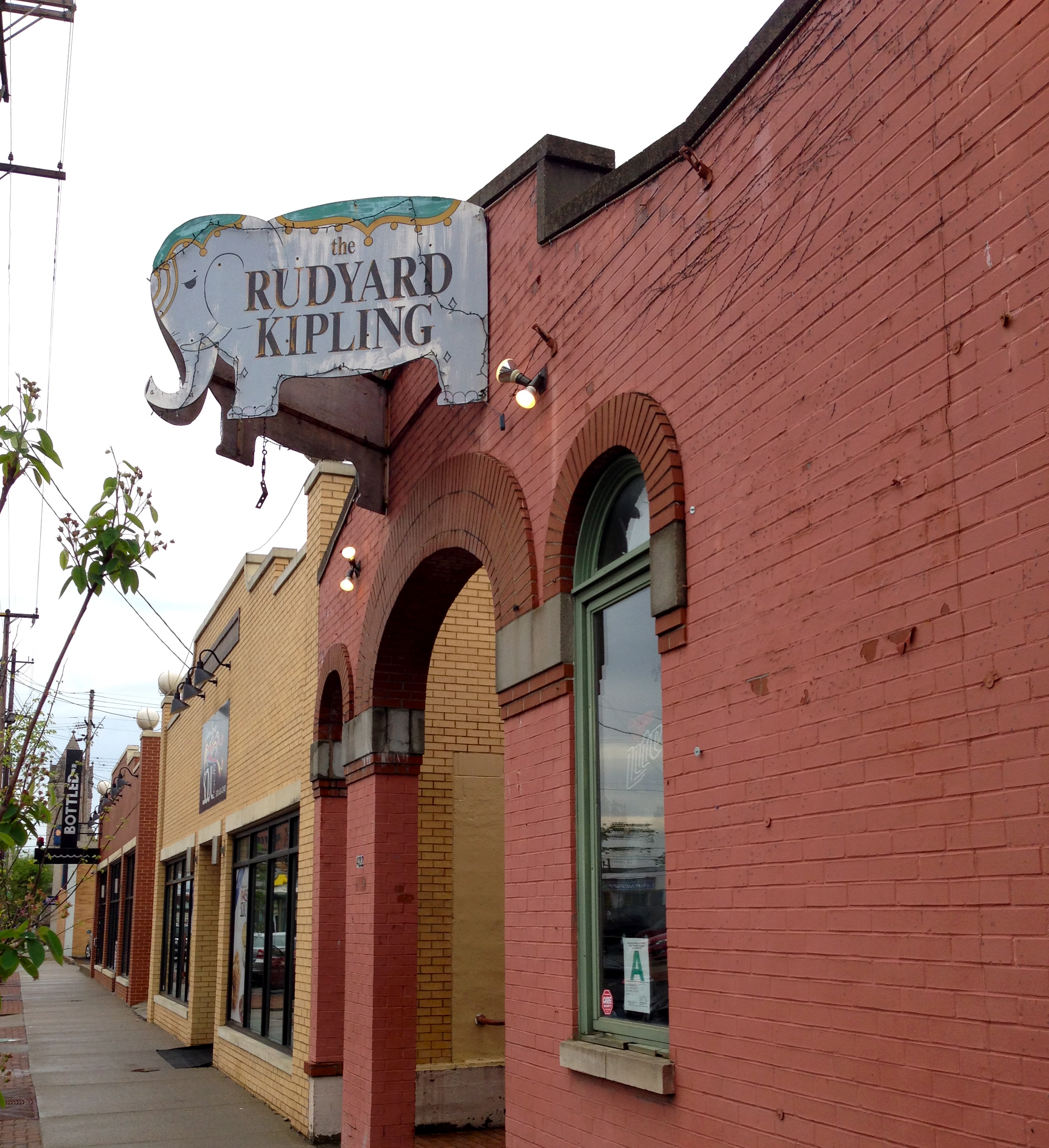 The Rudyard Kipling, the Old Louisville restaurant and entertainment venue at 422 W. Oak St. that has been a mainstay of the hipster scene for several decades, has announced that it is closing its food service immediately, though the last two music shows that have been announced, for June 19 and June 26 will go on as scheduled.

Current owners Amy and William Enix gave no reason for the closing, but the Courier-Journal article about its demise said the building at is for sale.

Ken and Sheila Joyce Pyle started the “Rud” back in the 1970s, and it has been a venue for eclectic music, odd and interesting theater and simply hanging out ever since. Over the years the food may have been hit-or-miss, the entertainment schedule not always certain, but the aura of counter-culture hipness and its fans kept it going.

When the Enixes, who had operated That Place on Goss until the Antique Mall there closed, bought the business from the Pyles last year, they established a solid, reasonably-priced menu, and started a Sunday brunch that had been gaining in popularity.