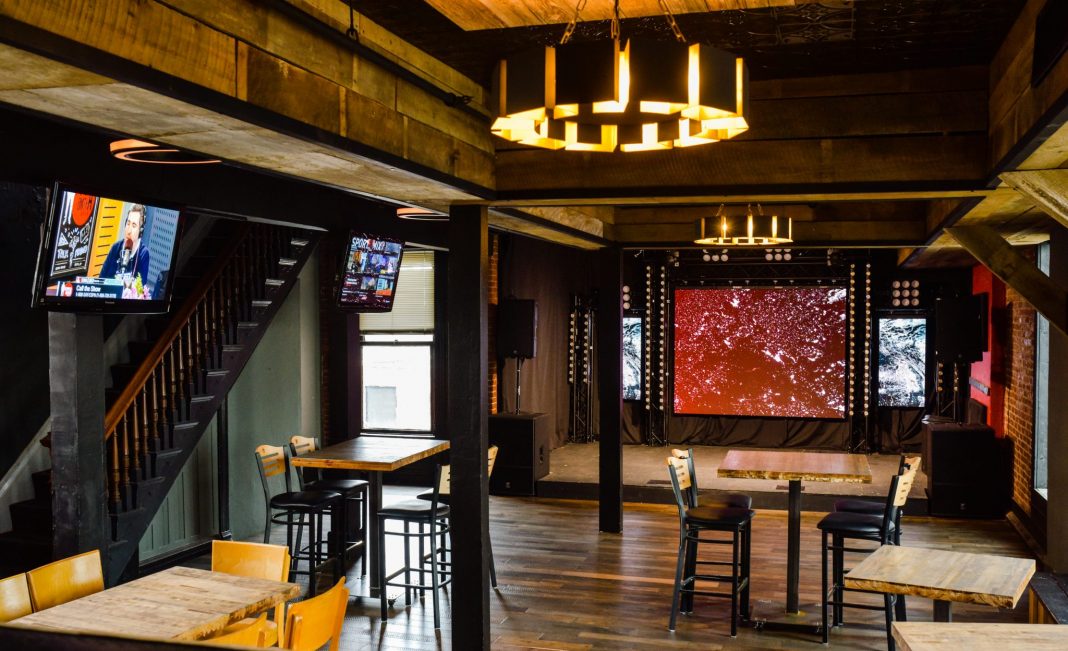 Louisville is really starting to see a trend that features partnerships between restaurants and breweries like Bandido Taqueria Mexicana partnering with Falls City Beer  or The Mayan Cafe setting up their food truck at Gravely Brewing. Two new partnerships have unfolded that look promising.

First, Gravely Brewing Co. has opened the Goodwood Brewhouse and Live Room on the second floor of Cox’s Hot Chicken, 134 E Spring St in Jeffersonville, where they will set up a pilot brewing system.

“We’ll call it research and development,” said Goodwood CEO Ted Mitzlaff. “It will allow our folks to get edgy and kind of crazy with tremendous craft beers like the big IPAs and big stouts or sours. Our brewers are artists as well as scientists, so they’ll enjoy displaying their art, and we’ll still serve our core beers.”

He went on to say the brewing system should be up and running on the first floor adjacent to Cox’s in the next couple weeks and will be visible from the street.

The 3500 square foot room is already open and serving and featuring both local and touring bands Thursday through Saturday. They plan to add either Wednesday or Sundays to that line-up as well. The menu from Cox’s Hot Chicken will be available upstairs plus an additional menu featuring appetizers and bar fare.

Mac’s @ Mile Wide will feature Neapolitan style pizza, sandwiches, roasted vegetables, and more. The centerpiece of the kitchen will be a custom tiled Napoli Commercial Pizza Oven, made by Forno Bravo, which is capable of exceeding 9,000 degrees. They plan to open at an unannounced date later this summer.

Mile Wide Co-founder Schott Shreffler said the 400 square foot space was originally meant to be a second bar, but they had never gotten around to that and they’ve been thinking about other uses.

“We’ve been looking to get some food in the taproom for a couple years,” said Shreffler. “We’ve talked to a few folks about it. We met with Megan and Tony and they were big fans of ours. The partnership took off pretty fast, and we’re really excited about it.”