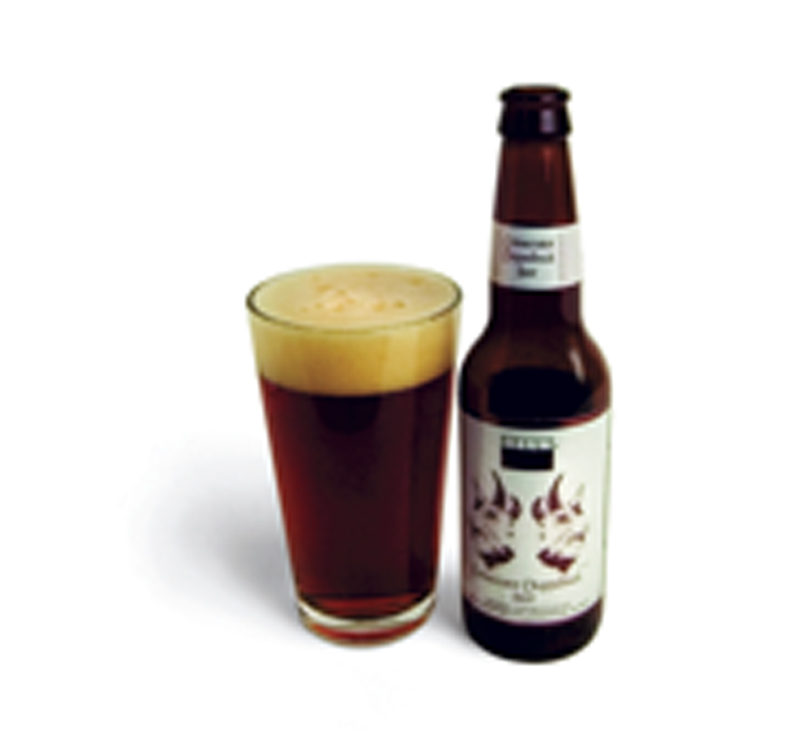 It was the summer of 1985, and my very first time in Germany, with exact whereabouts in the Alpine foothills of Bavaria lost to posterity, but the specific scene is still quite clear:

A small town train station buffet of the old-fashioned variety, sparse and efficient, framed in glass, wood and stainless steel. Thirty-odd minutes remained until the next train, so I did what any commuter would do and ordered a draft beer to accompany my sausage.

The man behind the counter handed me a tall half-liter glass filled with cool, straw gold liquid of the sort I’d seen and consumed my whole life, but this enticingly elegant Helles wasn’t my granddaddy’s six-row Sterling. It was clean, crisp, medium-bodied and malty sweet, though not too much. The hops served as underpinning, with emphasis remaining on the barley. Overall, the balance was markedly different than that of a Pilsner.

She was exquisite — and I can’t even remember her name.

While it’s true that back then, I knew very little about beer, broader knowledge wasn’t necessary to appreciate the olfactory qualities marking my Helles (meaning light or pale in color) as a “classic” German brewing creation. What’s far more surprising is the familiar style’s relative youthfulness, because Helles was born at Munich’s famous Spaten brewery in 1895.

Bavaria’s claims to beer fame originally tended to be brown, black and strong: Dunkel, Schwarzbier and Doppelbock. Further down the periodically blue Danube in Vienna, amber-red lagers were the regional specialty. These were, and remain, exemplars of beer as liquid bread — a handy dietary supplement for when calories aren’t so easy to find.

Verily, the 19th-century was prime time for lager’s steady, ever-growing hegemony. Clean, hop-accented, golden beers started being made in Bohemia and the Czech lands in the 1830’s. As science and technology enabled humanity to analyze and harness natural processes toward focused outcomes, best-guesswork was replaced by concrete insight, and brewing consistency benefitted immeasurably.

Advances in malting techniques rendered the fermentable content of barley malt more dependable, and introduced reproducible varieties of color to the finished glass. Hops were hybridized, and methods of processing their bitter essence were improved. Microscopes revealed the rich inner lives of yeast, which then could be engineered to work in cooler temperatures, reducing esters, phenols and fermentation by-products. The result was lager, the bounty of a different way of brewing, and proof of mankind’s ability to tame its environment.

Lager became more than a beer. It was a way of life, and a symbol of progress. Lagers were the new sensation, the latest version, a different model — seemingly the revolutionary stylistic choice for increasingly industrial societies becoming more consumer oriented, and seeking to achieve unity through reducing regional and local differences.

Thankfully, every revolution breeds counter-revolution. As diminished into taste-alike commodities by the bean-counting corporatism of multinationals, lagers only loosely patterned on the 19th-century tradition very nearly succeeded in killing ale in the decades following World War II, but the pendulum swung again, first with the militancy of the Campaign for Real Ale in the UK during the 1970’s, then the Long March of American craft beer, and now via local uprisings across the world. Ale thinking and drinking has returned with a startling vengeance, and trendy cachets.

Lager — although admittedly still the default choice of the majority as mass-marketed in its wretched light, lighter and lightest varieties — now appears profoundly unhip.

These days, lager has a low reputation in contemporary beer geek circles, but it isn’t fair to dismiss all lager owing to the multitudinous sins of Corona, MGD and Stella. At the same time, precisely because lagers take longer to brew than ales, and craft brewing largely originated as a reaction against lager’s predominance, few lagers have a place in the day-to-day, core portfolios of American craft brewers.

The irony in this is that while lager takes extra time to brew, it is ready to drink immediately upon release; darker and heavier sub-styles (Doppelbock and Eisbock) can be cellared, but the general rule is to drink lager when it is freshest. Consequently, although lagers from Bavaria and the rest of Germany remain among the best choices for consumers, one must be cautionary: How were they handled? How long was their transit time from Europe? Unfortunately, it is often impossible to know for sure.

My personal lager consumption strategy can be summarized by these four points.

1. Visit the Hofbrauhaus in Newport, Kentucky. Lagers are brewed on site to Bavarian standards, and are invariably both fresh and stylistically accurate. Closer to home, the Gasthaus (4812 Brownsboro Center, Louisville) does not brew, but keeps a well-tended selection of imported lagers to accompany the best German food I’ve ever eaten in America.

2. Watch for seasonal lager releases from Louisville-area craft brewers. Against the Grain has brewed a Smoked Marzen; Cumberland Brews a Bock; and Bluegrass Brewing Company an Oktoberfest. NABC recently has created a Helles, and it may become an everyday lager in 2012.

4. When shopping for lagers imported from the Fatherland, patronize package stores and eateries with quick turnover of beers kept in stock, and get to know the beer buyers. The year-old Jever Pilsener can’t possibly be in peak form, but the Celebrator Doppelbock of the same age may be just right. Ask good questions, and expect reasonable answers. You’ll be respected for it. Prosit!