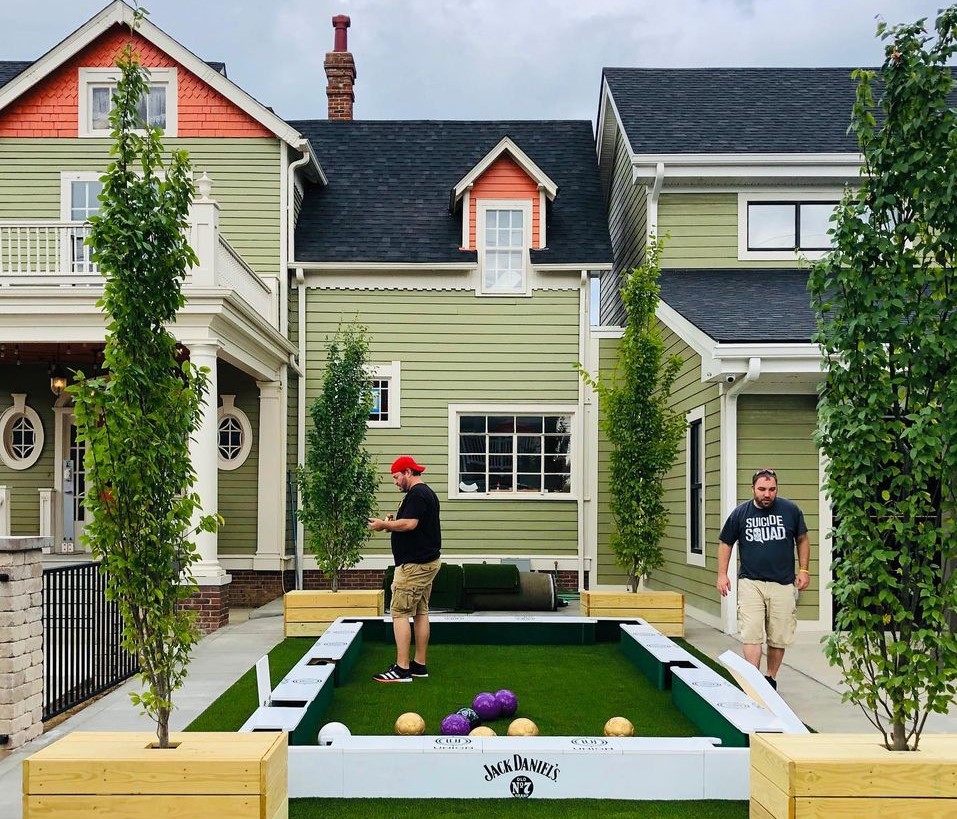 Last October we reported that Union Restaurant & GameYard (115 W. Chestnut by the Big Four Bridge in Jeffersonville) planned to be operational by Kentucky Derby season. And so it will, at least the first of two phases, with the opening now slated for September 10, just after the rescheduled Kentucky Derby 146.

As Haley Cawthon explains at Louisville Business First, Southern Hospitality Group has soldiered through COVID-19 delays and unfavorable weather to finish most of the new construction and the remodeling of an existing structure. Come the September 10 opening, the outdoor courtyard and indoor hall/bar will be ready, with the remainder to follow in October.

As for Union Restaurant’s food, (co-owner Bobby) Bass said they have recruited Chef Taylor Dedrick, formerly of Doc Crow’s, to lead the operations. The menu will feature two fried chicken sandwiches, five different burgers that “you can’t find anywhere else” and slow-braised meats, such as carnitas and brisket.

The drink menu features some “adult Capri-Sun” options served in pouches like the Watermelon Rosé and Summer Sangria, plus some bright margaritas.

“We feel pretty lucky given the space that we have available for people outside,” answered co-owner Levi Donaldson. “We’ve got a large space where people can go to the bathroom, get food, get drinks, play games, all while they stay outside — they never have to go inside, which makes some people more comfortable, I think.”