Home CALENDAR of EVENTS “Valentine’s Day is a cheesy holiday, and that is its charm” 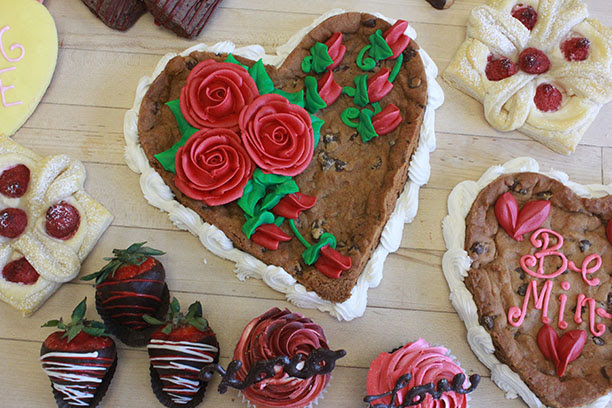 It has been asserted that on Valentine’s Day, lovers go out to eat or they stay home and cook … but there’s also that little known third option, which we’ll be exercising this evening: load up on carry-out pizza and make a quick stop at the package store for Prosecco, then spend the evening watching documentaries about penguins and geopolitics.

In 2019, the Denver Post’s Aldo Svaldi sought refuge in statistics as to the importance of Valentine’s Day to dining establishments.

When it comes to dining out on Valentine’s Day, a quote from Yogi Berra seems to fit: “Nobody ever goes there anymore — it’s too crowded.” A common perception is that Valentine’s Day is one of the busiest days of the year for restaurants. Don’t go out to eat if you can avoid it. And while that might be true for white tablecloth establishments, it isn’t the case for the majority of eateries, the mom-and-pop diners and strip mall haunts, according to a study from Womply.

It’s not too late to make an evening of it.

… For my money, as long as you’re doing Valentine’s Day you should do it right. It’s not meant to be an elegant holiday. It’s cheesy, and that is its charm. Is it so shameful to admit to the world that you’re “in love”? Sometimes I wonder if it isn’t the suspicion that lingerie has been purchased, and donned—or maybe just the public avowal of sex after coupledom—that secretly alarms the holiday’s detractors.

Beef Tacos de Lengua by candlelight? Filet mignon with the full Monty? They both work for me, because (a) I’m not a vegetarian, and (b) even the Hallmark Holiday Grinch understands that love is the answer.

As an adult, Valentine’s Day seems to me less like Christmas than like karaoke: it takes a lot of energy to be negative about it; go with the flow and you can have a blast; and “Total Eclipse of the Heart” might somehow become imbued with real emotion in the process. It’s a feeling that requires other people to share it, and for that I’m willing to pay a prix fixe. There’s also the good old-fashioned treat of eating out: for those of us who put meals on the table every night—and plan those meals, and shop for them—dinner in a restaurant is nothing to sneeze at.

Thanksgiving offers from Proof on Main and 610 Magnolia