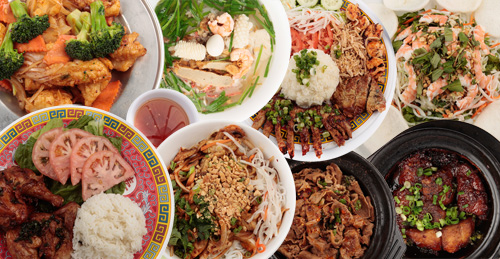 A habitué of the Louisville Hot Bytes forum was first to the lowdown, then Robin Garr relayed the news to a grateful community: Vietnam Kitchen is staying in the Lam family.

Now both Louisville Business First and the Courier-Journal have confirmed it. We turn to our friend Michael L. Jones (LBF) for the details.

When Alex Lam opened Vietnam Kitchen in 1993, his only goal was to serve the Vietnamese community in the South End. But over the last three decades, the tiny restaurant at 5339 Mitscher Ave. in the Iroquois Manor shopping center has become a destination spot for diners all over the city.

Lam said he didn’t realize how popular Vietnam Kitchen had become until he listed it for sale in June. The listing sparked a panic among diners convinced that the restaurant would never be the same under new management.

“I thought it was going to be a quiet sale, businessman to businessman,” Lam explained. “But then it was all over social media. People were coming in and telling me how important it is to the community.”

The outpouring of love and support convinced Lam’s son Phillip to continue operating the restaurant after his parents retire later this year.