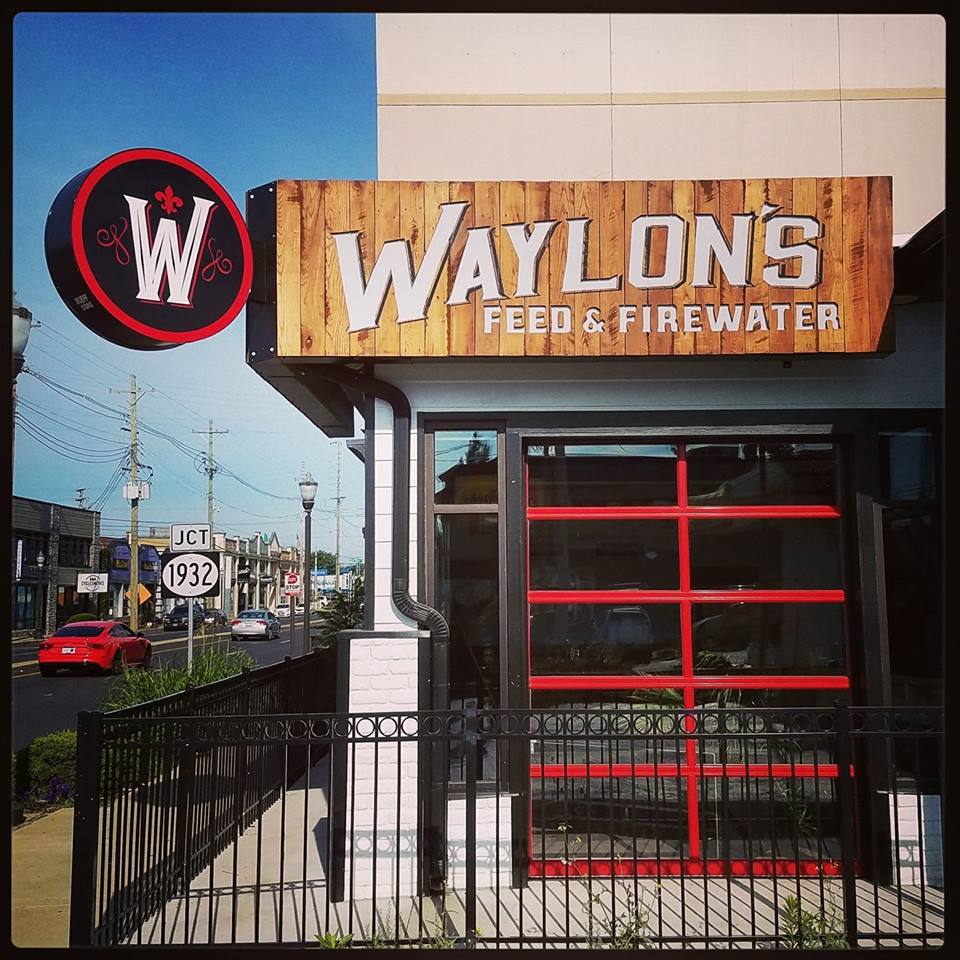 F&D has been listing Tony Palombino’s newest concept restaurant for a while now, but today at 3 p.m. is the official opening date of Waylon’s Feed and Firewater, 3939 Shelbyville Rd. That is the former address of BoomBozz Craft Pizza and Taphouse, also a Palombino concept.

Waylon’s will build on the Tex-Mex concept, honky-tonk ambiance and success of Palombino’s downtown food and music venture, Merle’s Whiskey Kitchen, at 122 W. Main St. (which started out as Manny & Merle’s). At the opening, until 7 p.m., guests can enjoy 2 for 1 award-winning Mannyritas and well drinks and $2 PBR. Live music begins at 9 p.m. with the Bottom Sop.

“We’re excited to be in the heart of the St. Matthews neighborhood, which continues to grow in popularity,” Wayne Sweeney, director of operations at Waylon’s, said in a news release. “With the success of our sister concept Merle’s Whiskey Kitchen downtown, we feel that Waylon’s is the right fit for the area and look forward to being a place folks can come eat, relax and enjoy great live music.”

The full bar specializes in Margaritas, but also offers signature cocktails such as Jimmy’s Front Porch Lemonade, Murica Mule and the Iced Cinnamon Roll (made with Fireball Cinnamon and Butchertown Cream soda.