Home MAGAZINE ARTICLES COMINGS & GOINGS Welcome to Comings & Goings, a weekly snapshot of the food and... 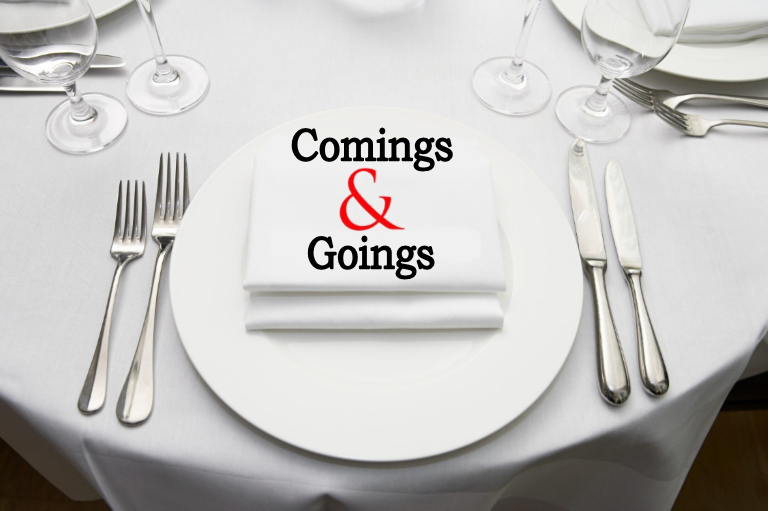 Our old friend Ron Mikulak has returned to the F&D news desk, and most Tuesdays he’ll be making the rounds to document eatery openings, closings and various other items – Editor.

Food & Dining Magazine is taking this strange and unwanted opportunity to contact all the restaurants in our database, to check on their operating status and to see if any details in our listings need to be changed to accord with the new reality businesses and their customers are facing.

Since F&D now lists over 1400 restaurants, bars, pizza joints and burger shops in Louisville and southern Indiana, this project will take some time. This post is the first of a series to attempt an ongoing record of who has closed, who is still open, which businesses have change focus, which are trying to soldier on as usual and who is finding new opportunities in this time of uncertainty.

The timing of this post comes just as state rules are changing, allowing the limited reopening of bars this week. Those drinking establishments that have remained closed can reopen, with 33% capacity. Those businesses with patio or other outside seating will make the most of that, and others will permit socially-distant seating at the bar itself, according to reporting in Monday’s Courier-Journal.

One of the most surprising finding so far is how few restaurants have found the current situation untenable, and have closed. Some major players in the business businesses are gone:

Some restaurants connected to hotels have been closed and will remain so until hotel operations return to normal. The Omni Hotel and its associated dining spots – Bob’s Steak and Chop House, Neighborhood Services, Pin & Proof, Fall City Market, The Water Company and the Library Bar Con Huevos Craves – are all closed until at least August 1. Corner at Aloft Hotel, 102 W. Main St., is closed for now. J. Graham’s and The English Grill at the Brown Hotel on Broadway will be closed until September, but the Lobby Bar is opening July 1.

Many smaller restaurants have been having a hard time, trying to get by with carryout and delivery only. Others that we have called (although we are still only at about row 300 on our spreadsheet that has another 1000+ rows of restaurants) have messages of disconnected phones or full voicemail boxes; we will double check those to ascertain their status.

Although the restaurant industry is in turmoil, we have reports of several new businesses on the near horizon, getting ready to open in this less-than-ideal environment. We are still checking on the status of those reports, and will in future postings inform you of such openings as we verify them.

Ron Mikulak, a founding staff member and former Editor-in-Chief of F&D, has also served as the Assistant Food Editor at the Courier-Journal, where for nine years he managed the test kitchen, cooked hundreds of restaurant dishes requested by C-J readers for the “Cook’s Corner” column and developed his own recipes for feature articles. After retiring from the newspaper in 2013 he happily returned to F&D, where he now writes the popular columns “Cooking with Ron” and “Comings and Goings.” Ron also pens the pithy restaurant guide blurbs that try to capture the spirit of all the area restaurants.