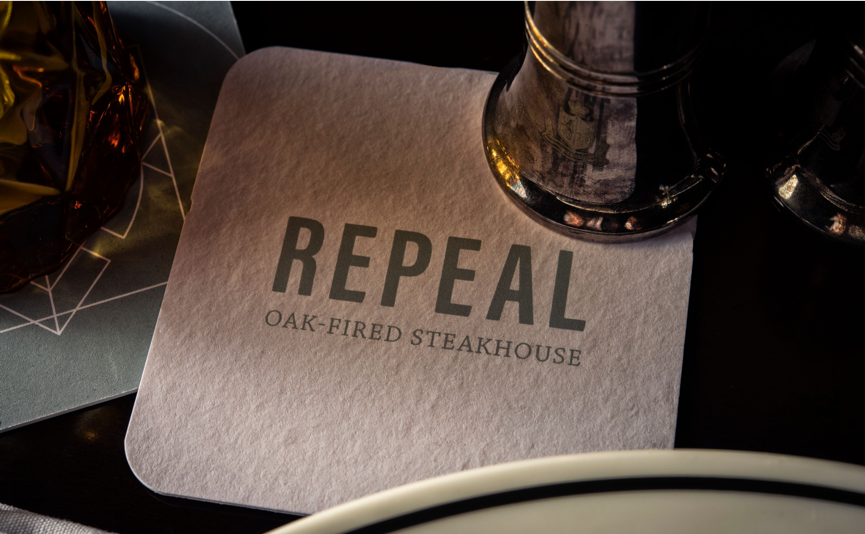 Whiskey Row is more than just an entertainment district. In pre-Prohibition times the 100-133 block between W. Main Street and Washington Street was filled with bourbon and tobacco warehouses occupying historic Revivalist and Chicago School-style structures, many featuring distinct cast-iron storefronts, as originally erected between 1852 and 1905.

Following decades of neglect and inattention, several of these buildings were rehabilitated but others were threatened with demolition in 2011. City Hall joined with preservationists and developers, coming to an agreement to meld history with infill construction. Their efforts survived a devastating fire in 2015, and tomorrow’s launch of the two hotels and their food and dining options “finishes” the project.

The two adjacent hotels purposefully differ. Distil is the higher end, blending “influences from America’s Prohibition era with timeless, Louisville luxury,” while Moxy is aimed at “younger millennials and ‘fun-hunters’ who want to spend time in the bar and are not looking for typical hotel room amenities.”

Food and drink options at Distil and Moxy are arranged accordingly. At the 75-seat Repeal Oak-Fired Steakhouse (Hotel Distil) there’ll be a bourbon-infused variation on the upper tier steakhouse template by means of an oak-fired grill, in which executive chef J.P. Carter will be stoking bourbon barrel staves to enhance the flavor of New York strip, bone-in ribeye and bone-in filet.

Repeal’s Barrel Room is a special occasion private dining room situated above the main seating area, with its own bar and barrel-selected bourbon tasting options.

This brings us to the Moxy hostelry, its lobby bar and much-discussed Zombie Taco, a 24-hour restaurant with a taco window on the world. Louisville’s marriage of Moxy and Zombie is the second combo, following by a year the pioneering concept in Chicago. Eater Chicago’s account gives Louisvillians an idea of what to expect.

Zombie Taco is inspired by a food truck and its pick-up window outside the hotel will be serving burritos and tacos 24 hours a day, seven days a week. The restaurant hopes its behemoth zombie burrito (pork confit, adobo grill chicken, charred corn, black beans, pico de gallo, slaw all wrapped in a flour tortilla) becomes its signature item … the pick-up window will serve a scaled-down menu of five to six items. Breakfast items, like an egg white and avocado taco, will also be available.