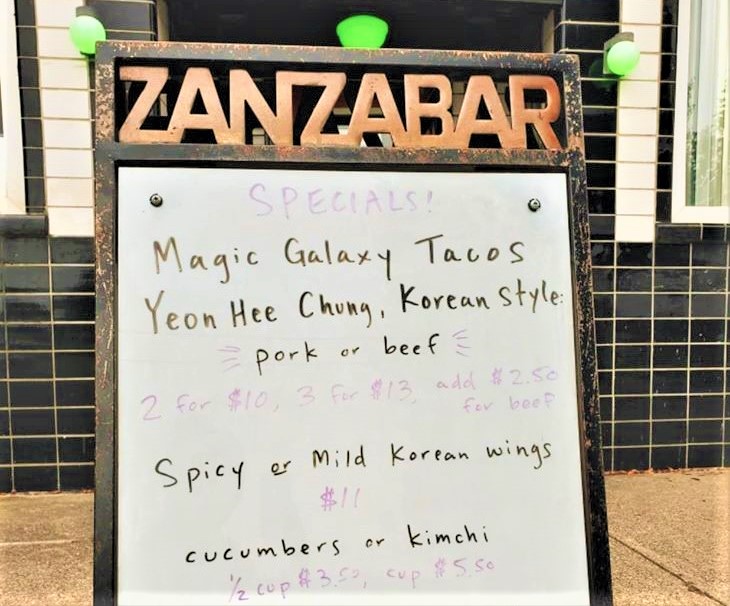 It has been 13 long months since a roof collapse at the Galleria of St. Matthews strip mall (4115 Oechsli Avenue) displaced four successful eateries.

Havana Rumba has relocated, and Del Frisco’s Steakhouse is about to do the same. Half-Peach Bakery & Cafe has transitioned to wholesale baking, cook books and instructional videos. So far, Charim Korean Restaurant — which filed a lawsuit against the building owners — appears to have been hurt the worst by the first of two unforeseen interruptions (the second being COVID-19), unable as yet to reopen.

However, in one of the happier stories to emerge in recent weeks, Zanzabar is partnering with Charim’s owner Yeon Hee Chung to bring a taste of Korea to the bar’s food program.

For background on Charim, here’s a Food & Dining Magazine mini-profile from 2017.