Home FOOD Edibles & Potables: “Sometimes you play for the chitlins” 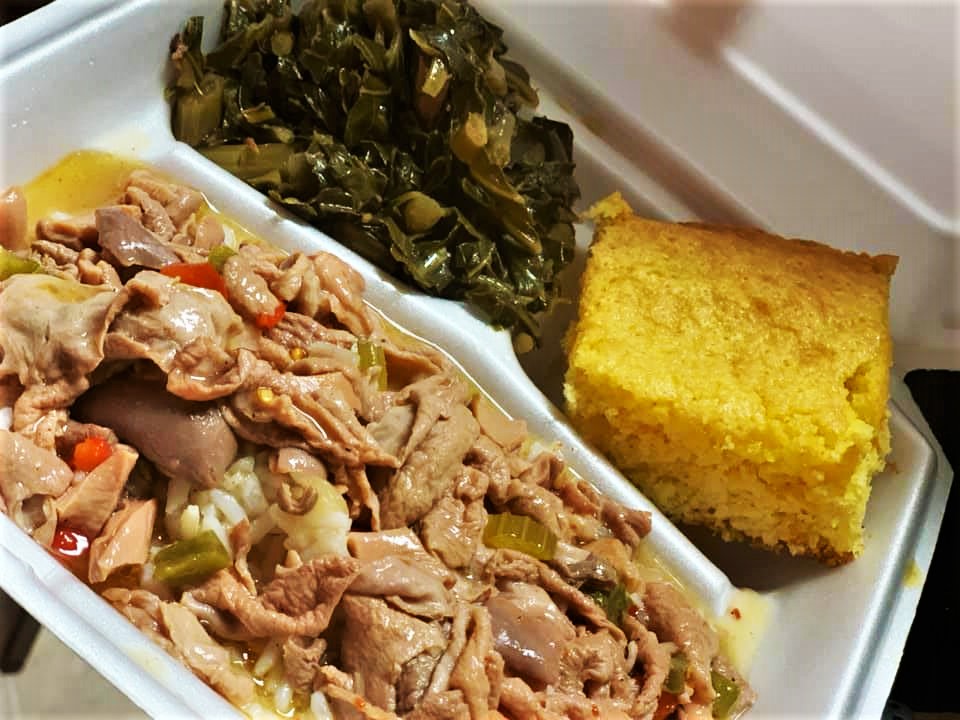 Atlas Obscura defines chitlins. They’re American history, the culture of the enslaved, and yes, the edible “parts” of a pig.

But chitlins are greater than the sum of mere pork bits.

Enslaved people had to sustain themselves using meat scraps—which they transformed into savory, satisfying dishes—from their enslavers’ butchered livestock. One such piece of offal was chitlins, or pig intestines. But chitlins came to represent more than sustenance. During the era of Jim Crow laws, they were a code. Black performers knew that venues serving hog intestines were safe. This collection of restaurants and music venues became known as the “Chitlin Circuit.”

Why were chitlins designated “slave food”? Since one’s social status dictated which part of the animal they ate, enslaved people mostly dined on the trotters (feet), maw (stomach), and chitlins, all of which required intense cleaning. Wealthy people tended to eat the upper portions of leg and back, hence the affluence-denoting phrase “high on the hog.”

But it wasn’t just necessity that led Black Americans to identify with eating chitlins. Western Africans cooked and ate every edible part of animals, so they viewed entrails as more than scraps.

Meanwhile, Adrian Miller is the Soul Food Scholar. Miller, author of Soul Food: The Surprising Story of an American Cuisine One Plate at a Time and Black Smoke: African American Adventures in Barbecue, says “I’m a recovering lawyer and politico who turned into a food writer. (I’m) interested in the following topics: African heritage food (especially soul food), barbecue, the intersection of faith and food, and presidential foodways.”

Also at Atlas Obscura, Miller extrapolates from chitlins to the Chitlin Circuit, where “legends like Tina Turner and Ray Charles launched their careers.”

Inside the ‘Chitlin Circuit,’ a Jim Crow-Era Safe Space for Black Performers

“Sometimes you play for the chitlins, that’s what you would get,” said Bobby Rush, a blues musician and self-proclaimed “King of the Chitlin Circuit,” in a 2021 interview for the Nashville Tennessean. “We played so well in Argo, Illinois, not Chicago, a suburb of Chicago, the guy [gave] us two plates of chitlins and four hamburgers.”

Rush was describing his experience on the informal network of Black-centered entertainment venues brilliantly nicknamed “The Chitlin Circuit.” Chitlins, short for “chitterlings,” are fried or stewed animal intestines, usually from hogs. An iconic dish in African American food traditions, they have a working-class vibe, even though the dish has shown up at high-class affairs. It’s a fantastic and meaty metaphor for the ad-hoc collection of churches, jook joints, nightclubs, restaurants, and theaters that inspired dreams of fame and fortune for many noteworthy Black entertainers such as Ray Charles, Aretha Franklin, Jimi Hendrix, and Tina Turner. It’s hard to name a Black entertainer in the 20th century who didn’t perform on the circuit, which inspired many myths and misconceptions. To this day, the Chitlin Circuit remains a potent symbol of resilience in African American creative culture.