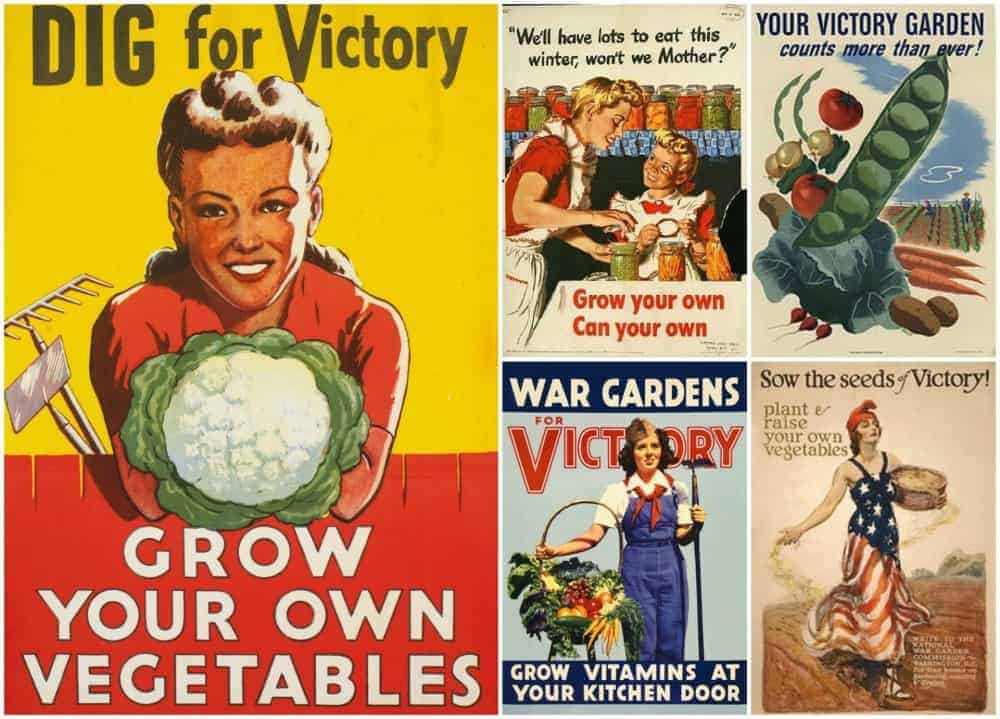 Victory gardens are making a comeback.

“A Victory Garden today can be any garden with a purpose that you define personally,” writes historian Rose Hayden-Smith. “That purpose can be a family project to raise food for your household or a community effort to grow produce for a local food bank or whatever else you see as a need … Victory Gardens showcase patriotism in its truest sense, with each of us taking personal responsibility for doing our individual part to create a healthy, fair and affordable food system.”

For the average American in World War II, the Victory Garden was a practical way to contribute to the war effort. Some 20 million Victory Gardens were planted (US population in 1940 was 132 million), and by 1943, these little plots produced 40 percent of all vegetables consumed in the US. It’s estimated that 9-10 million tons of vegetables were grown.

COVID-19 isn’t the same as as a world war — or is it? The pandemic is global, and half the world’s population currently is restricted to quarters in some fashion. Washington began grappling with the coronavirus weeks before consciousness of it penetrated Kentucky and Indiana, and so it’s fitting that the state’s residents are getting a leg up on new-school victory gardens.

For Washington’s hobby gardeners, late winter and early spring are often times to dream of summer blooms and yards. But with a pandemic poised to kill more Americans than have died in world wars, some are repurposing their personal plots into a new generation of victory gardens — symbols of self-reliance, food production and community resilience not seen since wartime.

While Gov. Jay Inslee says Washington’s food supply chain is sound, many local gardeners are echoing a broader national desire to be proactive during the coronavirus crisis …