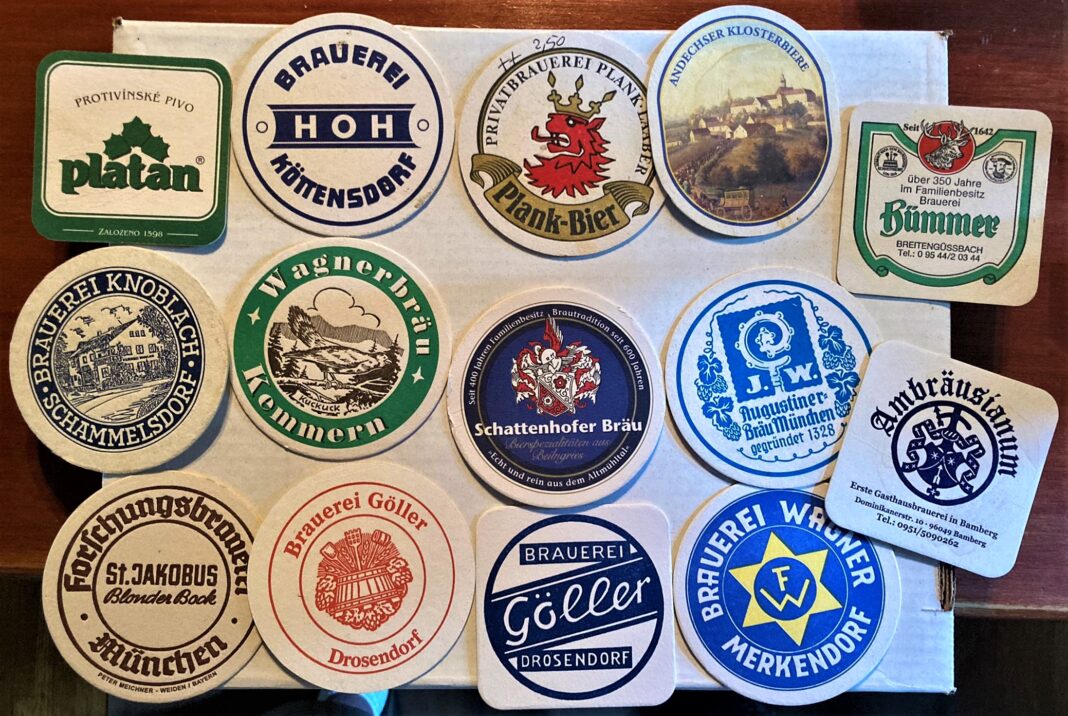 The Summer 2022 (Vol. 74) issue of Food & Dining Magazine for June, July and August is out now. Read it at issuu, and look for copies at eateries throughout the metro area.

“American breweries are within spitting distance of making a million individual beers,” he says. “Maybe they already do.”

This slap of reality’s open hand renders the majority of Untappd accounts downright feeble—and to think, so many beer lovers going to such great lengths in pursuit of all those elusive white whales, only to find there are 999,699 more, most of them available FOR A LIMITED TIME ONLY.

It’s enough to give a beer pelt collector nightmares, unless you’re someone like me, and no longer give a damn about amassing statistics, preferring the insights and intimacy of one single transcendent beer experience over any number of scorecards, checklists, chest-thumping and dry-humping.

You see, Captain Ahab was no hero. Rather, the blowhard whaler was a mentally deranged narcissist who was obsessed to the point of self-destruction in pursuit of his prey. There’s a lesson to be learned: Love the Altbier you’re with, and leave the imbalances to certain otherwise discredited national political figures with bad hair.

But I digress. How did Alworth arrive at his figure?

He begins with three observations: There are 9,500 breweries in America with dozens more to follow; kaleidoscopic “churn” of new beers has long since become the order of the day; and moreover, the “craft” beer business model has come to center squarely on the logistics (and revenues) of tap rooms, where breweries vend their wares on site and release beers on a weekly basis, deploying a hamster-powered spinning wheel approach in an effort to sate truncated attention spans.

How many beers will each brewery make in a year? Breweries still have their core line and seasonals, just like 2010, but it’s bog standard for them to also have special releases, limited releases, and collabs—and that’s just packaged beer. They also need to supply 20 handles at their taprooms year round. When you add all that up, it’s common for breweries to make a hundred individual beers a year. If that’s a nationwide average—and I bet it’s close—American breweries will release 950,000 separate beers this year. If the average is just a bit higher, 106, they’ll make more than a million.

Alworth’s math is utterly fascinating, although not specifically his mind-numbing, million-strong conclusion. For me, it’s the realization that 95% of these different beers are being consumed within an overall “craft” beer market penetration in America of less than 25%, which in turn averts my gaze to the remaining 75%, as populated by beer drinkers who depart from their default Michelob Ultra or Miller Lite only when opting for a margaritas, chardonnay or hard lemonade.

Speaking personally as a card-carrying devotee of better beer, I’ve no desire to emulate mono-choice in the fashion of a Bud Man or Silver Bullet Woman. At the same time, however bountiful the cornucopia, diminishing returns are inevitable. There’s just no making sense out of a thousand choices, much less a million.

(Humans aren’t good with deep time, either. I recommend the 1998 book Annals of the Former World by John McPhee.)

It’s time for my standard disclaimer, because whatever gets you through the night is all right by me. Seriously. However, I was placed on this planet to stubbornly insist on differing points of view.

Bear with the beer-fueled pagan as he discourses on spirituality.

Insofar as a nebulous concept like religious ecstasy can be defined at all, it’s an “altered state of consciousness characterized by greatly reduced external awareness and expanded interior mental and spiritual awareness, frequently accompanied by visions and emotional (and sometimes physical) euphoria.”

Hmm. How might it be that for a non-believer, these symptoms sound so very familiar? It surely owes to beer, or more precisely, the way I’ve felt during my entire adult life living, working, traveling, studying and drinking beer.

I’ve been flat-out, four-square ecstatic while enjoying hand-pumped cask Ordinary Bitter ale in the English countryside, and cradling a Doppelbock during Munich’s annual Starkbierzeit. The spirit of Mother Lambic has moved me through the Senne Valley south of Brussels, and powered my transit from a red-hot Finnish sauna to a cool jug of Sahti reposing on the picnic table next to artfully diced reindeer sausage.

Or, closer to home, a prophetic vision came to me on that warm spring evening in 1994 when Conrad was dispensing his stellar homebrewed dark Kentucky Common ale at a LAGERS club meeting. Unfortunately, as with yesterday’s choice of lunch, the exact parameters of this prophecy now elude me, but damn, I can still remember how wonderful his beer tasted.

Obviously an unrepentant atheist like me should avoid being glib with sacred references, risking both hypocrisy and opprobrium from various local pulpits. I also wouldn’t want to imply that my appropriation of religious ecstasy mimics inebriation, even though it’s a state of consciousness known to look, swim and quack precisely like a duck.

I won’t deny it, either.

Beer is an alcoholic beverage intended for adults, and society enacts controls. I accept them in principle, while reserving the right to contest the more ludicrous among them.

That’s why my inner contrarian rebels against an unexamined assumption seemingly taken for granted by all interested parties at the current time, namely that consumers universally demand a different beer each time they stroll into a taproom to the exclusion if any other option.

Those million beers, once again.

Personally as well as professionally, I advocate a corrective and alternative: Slow down the game and extol classic beer values, precisely because they’re crazily under-valued at the present time.

I’m well aware that beer geek “group-think” is self-policing by reason of the process of socialization, by those wishing to fit in as opposed to standing out, but conformity is little more than an open invitation to dissent. I’m quite happy to choose the road seldom taken, and I put my principles into practice on a daily basis at my workplaces.

At the end of the beer drinking day, it’s about an expansion of choice, and yet there is an eternal conundrum, because a profusion of choices, absent overarching organizational context, is an endurance contest alone.

And even the hamsters eventually become exhausted.

Further reading at my web site: From 2017: “When it comes to beer, less might yet be more”

Cover photo: A handful of coasters from the personal archive.