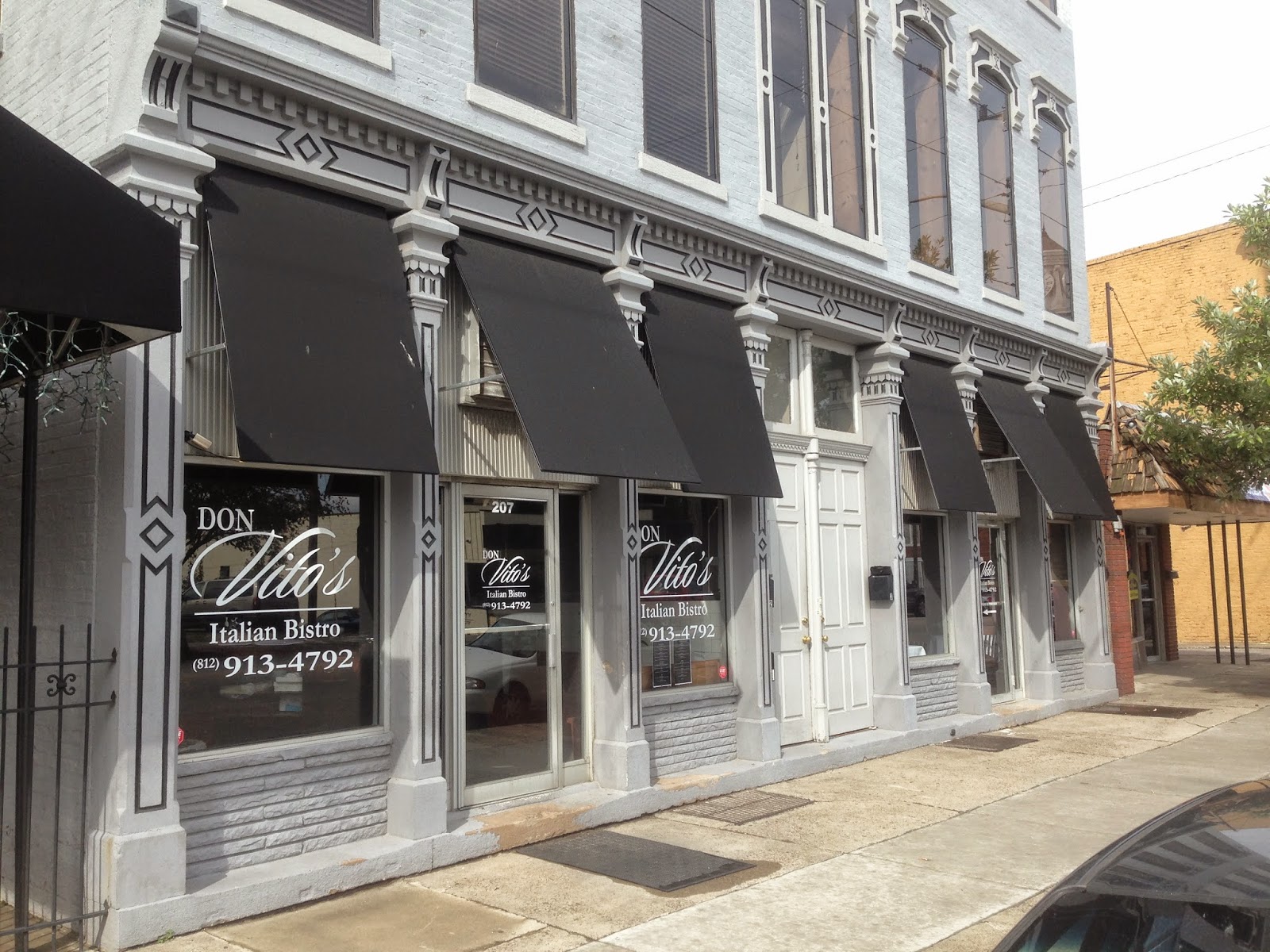 The restaurant biz, everyone says, is a chancy one, fraught with big uncertainties (Can the market support another one of us? Is our style of food, or ambiance, on the money, or past its prime? Will this location draw customers? Will the economic outlook, nationally and locally, encourage people to go out to eat?) and everyday challenges (Can we find a staff that will show up on time and create and serve a product that will draw people back? Will costs remain stable enough to plan ahead? Can I actually print a menu without typos?).

Yet, Louisville chefs and restaurateurs continue to find the courage to start out or to expand. In the last three months or so, 18 new restaurants have opened or are about to, and seven others have added, or are planning, an additional location. In that same time, 17 restaurants have closed, and three others with multiple outlets have closed one but remain in business at other locations.

By the numbers, that is 25 openings and 20 closings, total. But eight of the spaces that lost a business have quickly found new occupants, ready to try to beat the odds again.

A number of the new restaurants open or on the cusp of opening are ventures by local veterans who are branching out and trying something new. Most notable among these are Ward 426, Anoosh Bistro, Coconuts Beach Tacos and Cerveza, Roux and Rumplings.

When Dean Corbett, Shawn Ward and their partners took over the former Brewery space at 426 Baxter Avenue, their initial intention was to spiff up the interior a bit and serve upscale bar food. But it soon became apparent that Chef Ward’s heart was still with the haute cuisine style he had developed in his almost two decades at Jack Fry’s. So, the “slight makeover” morphed into a complete remodel, with the opening of Ward 426 slated for early November. It will be the first high-end, fine-dining restaurant to open from scratch in several years.

Returning to Louisville after several years of peripatetic food industry wanderings is Anoosh Shariat, whose Anoosh Bistro replaces Henry’s Place at 4863 Brownsboro Court, Fondly remember for his eponymous Brownsboro Road restaurant and for the high-style Park Place at Slugger Field, Shariat was eager to return to Louisville and jumped at the chance to take over the handsome space near Holiday Manor. He is still refining his menu concepts, but in the meantime is serving his characteristic elegant and finely prepared dishes.

It seems the juggernaut that is Fernando Martinez cannot be stopped. After opening The Place Downstairs (now Cena) and El Taco Luchador last year, he has converted the former Tailgaters space across from Papa John Stadium, 2787 S. Floyd Street, into Coconuts Beach Tacos and Cerveza. A taco and beer place adjacent to U of L that is open all year for lunch and dinner, puts together tailgating packages for home games, and has a large event space for music and dancing. Can anyone see a downside to this idea? And there is talk of Martinez looking at another vacant restaurant property in the Highlands for yet another cool concept.

Following a similar entrepreneurial muse is Dustin Staggers, who remade The Monkey Wrench’s kitchen, serving one of the hottest bar food menus in town. He recently left that to do a super-fast renovation of the old La Gallo Rosso space on the alley at 1325 Bardstown Rd., into Roux, a Cajun/Creole restaurant that has immediately drawn happy crowds to its NOLA-style food and ambience.

No sooner had he opened the doors to Roux than Staggers announced he will remake the Baby D’s Bagel and Deli space at 2009 Highland Ave. into Rumplings, a ramen noodle and stuffed dumpling shop that he intends to keep open till 5 a.m. for food service workers coming off a long night on the line and any other nighthawks who need some Asian comfort food. Staggers is beginning to dream of opening a string of unique restaurants à la Martinez.

The newest player entering the game from scratch is 8Up Elevated Drinkery and Kitchen, the restaurant, bar and lounge atop the just-being-completed Hilton Garden Inn at the corner of Fourth and Chestnut. More than just the hotel’s restaurant, Eight Up has an expansive and expandable dining room, a bar area with its own kitchen and menu, and a large glass-walled outdoor patio with fire pits. “Hell’s Kitchen” 2010 runner-up Russell Kook will be Executive Chef, and local boy Len Stevens will manage it all for Concentrics Restaurant Group out of Atlanta, which is setting out to be a player in the downtown dining and social scene with a place to dine sumptuously or to relax over drinks and small plates while looking out over the increasingly interesting street life happening north of Broadway.

Only one restaurant chain has made recent efforts to elbow its way in. Noodles & Company has opened at 1225 S. Hurstbourne Parkway, plans a second store later in November at 4300 Summit Plaza Drive, and thinks seven more locations in the area are possible in the next few years.

Across the river, Don Vito’s Italian Bistro at 207 E. Main St., New Albany, reimagines the space that until recently was Irish Exit; Annette Saco, who developed a fan base at La Gallo Rosso, is in the kitchen. Big Ben’s BBQ is smoking away at 600 Quartermaster Ctr., in Jeffersonville, and Sweets by Morgan is baking and decorating cakes, cupcakes and other confections at 533 Spring St., in Jeffersonville.

Six businesses have expanded. The newest Boombozz Pizza & Taphouse is at 1890 S. Hurstbourne Pkwy. The newest Five Guys Burgers & Fries is at 4226 Shelbyville Rd., and a new Dickey’s Barbecue Pit is at 9930 Linn Station Rd.

Earth Friends Cafe is opening a second location in the former Wolfgang Puck Express store in the corner of the Convention Center at 221 S. Fourth St., Hiko A Mon has moved into the space on the north side of the Seelbach, 416 W. Muhammad Ali Blvd., for its second outlet, and Brownies The Shed is moving closer in for its second location, taking over a Restaurant Row space at 1578 Bardstown Rd. that briefly was Philly Steak & Burger.

Three notable closings highlight the range of vicissitudes that plague restaurants. Limestone, which had been a solid, classy presence at 10001 Forest Green Blvd., off Hurstbourne Pkwy., for a decade, just couldn’t come to a reasonable new lease agreement with the landlord and had to close. Owner/chef Jim Gerhardt, a longtime leader among area chefs and an early promoter of locally sourcing his ingredients, is taking a well-earned breather while he looks for his next opportunity.

Another longtime restaurant presence, Tumbleweed Tex-Mex Grill, 1201 River Rd., has also had troubles with its landlord, troubles that ended up, after some legal maneuvering over disputed payments or lack thereof, with Tumbleweed’s recent announcement that the waterfront restaurant would close in mid-November after an “Hasta la Vista!” party.

Taco Punk, a relatively shorter-lived phenomenon, started as a food truck, made a splash as it settled down at 736 E. Market St., when Toast moved down the street, roused controversy with a very public Kickstarter campaign, and finally succumbed to quality control and cost control problems.

A third closing much lamented by fans is Sari Sari Filipino Cuisine, the tiny storefront with a dozen or so seats at 2339 Frankfort Ave. Chef Lourdes Fronteras satisfied lunch customers with her exotically-flavored buffet choices and dinner patrons with value-priced authentic ethnic dishes found nowhere else.

An unusual number of quick business turnovers have happened this quarter. Henry’s Place at 864 Brownsboro Ctr. quickly was reborn as Anoosh Bistro. Caviar, 416 W. Muhammad Ali Blvd., closed, but the space has been taken over as the second location for Hiko A Mon.

Baby D’s Bagel and Deli at 2009 Highland Ave. closed, but the space will soon become Rumplings, and B.D.’s Mongolian Grill’s location at 1890 S. Hurstbourne Pkwy. was snatched up by Tony Palombino for the expansion of his Boombozz Pizza & Taphouse brand.

In addition, Heine Brothers closed its store at 1307 Herr Ln., in Westport Village; and Papalino’s closed the original pizza outlet at 947 Baxter Ave., but still serves slices, whole pies and more out on Summit Plaza Rd.

And, finally, Habana Blue Tapas has moved to 320 Pearl St., New Albany. Pita Hut at 1613 Bardstown Rd., is now Eat a Pita and Ichiban Samurai at 1510 Lake Short Ct. has changed its name to Mr. Lee’s Ichiban Japanese Steakhouse. Little seems to have changed at either place other than the names.