Home DRINK Beer Craft Beer is all Grown Up 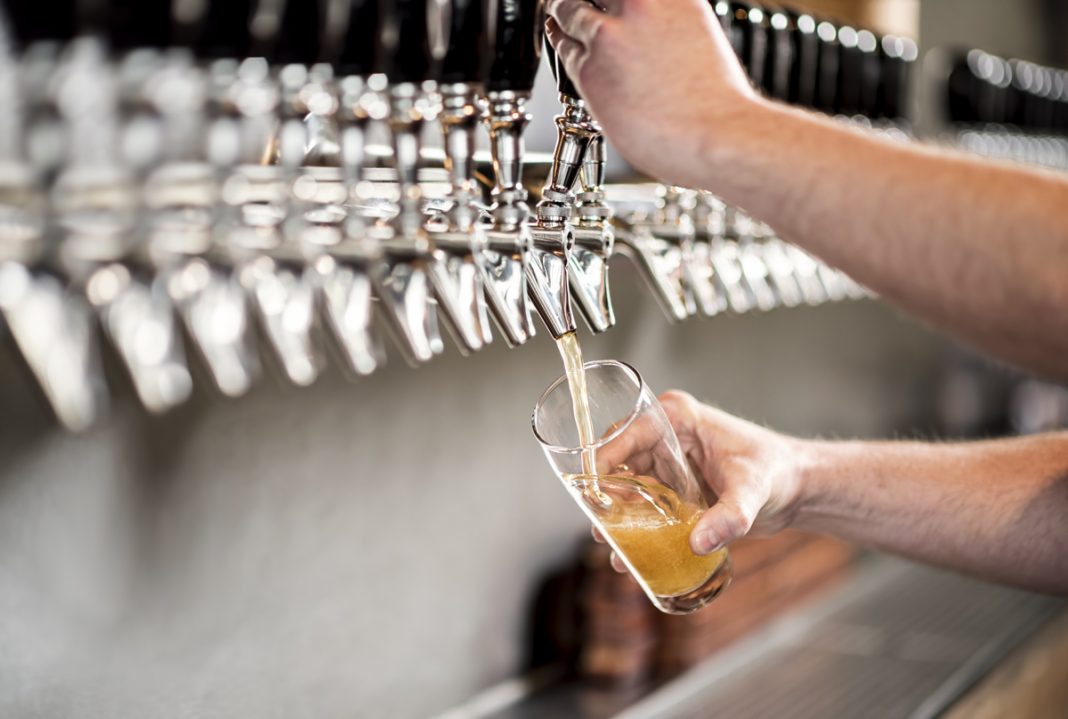 New breweries continue to sprout, but amid a maturing craft beer segment, more breweries are closing than ever before.

When the subject of your passion makes the huge leap from obscure cult following to international phenomenon, it’s no longer enough to laze in a comfortably upholstered corner booth while reading the sports page and chasing chicken wings with a full-flavored robust porter.

Instead, the usual electronic outlets intrude upon the winter months with a pressing question: What’s the biggest craft beer trend coming THIS year?

(Originally published in the Summer 2019 issue of Food & Dining)

We mull the ever-shifting details. Will dry Brut IPAs supplant juicy New England IPAs among hopheads? Are kettle sours yielding to wood barrel souring? Can craft-brewed lagers make a dent in the hegemony of mass-market brands?

Is 2019 the year when craft beer’s bubble finally bursts?

No, probably not. The biggest craft beer trend as yet maintains its exalted status as a powerhouse, one still enjoying wide appeal despite its annual growth rate falling below double digits.

There is some pushback, and befuddlement is understandable when confronted with an IHOPS Pumpkin Pancake Stout (yes, it’s real). But whether an individual favors this inspired concoction or dowdy Miller Lite, it cannot be debated that having a choice in beers is better than having none at all.

In turn, with so many of us taking expanded choice for granted, perhaps we haven’t noticed the corollary: craft brewing’s inexorable evolution from mom ‘n’ pop shop to buttoned-down boardroom. Glancing quickly at Google, there seem to be as many publications and web sites devoted to the business of beer as those documenting the pleasures in drinking it.

The word “craft” itself seems misplaced, if not fatally compromised. How can millions of barrels of beer be “handcrafted,” anyway?

Fortunately the brewery failure rate in America remains remarkably low compared with restaurants and food service businesses. Despite 997 breweries opening in 2017 and only 165 closing, it’s clear the era of muddling through has ended. The margin for error grows ever narrower and less forgiving, which is something I know from personal experience.

The New Albanian Bank Street Brewhouse in downtown New Albany closed at the end of May after ten years in operation. Brewing continues at the NABC Pizzeria & Public House at 3312 Plaza Drive, my former company’s flagship location since 1987.

Except it didn’t turn out that way.

Bank Street Brewhouse was a ringing artistic success, with its beers, food and vibe attracting large and loyal crowds. Sadly our brewery production numbers never added up. Profit depended on a certain level of beer being sold from the back of the house, and we didn’t achieve it.

The reasons we stumbled reflect experiences common to breweries everywhere. Breweries must select recipes, brands, graphics packaging options and sales strategies, then be able to adapt quickly to a marketplace that changes by the week. There never are enough family members and friends. It’s about making loyalists out of complete strangers and retaining their interest long-term.

It doesn’t help to be undercapitalized. The friendly bankers floating the concept don’t care if a brewery uses Cascade hops, rutabaga juice or yeast from the brewer’s beard (Rogue did that). They just want their money back each month, like clockwork.

For NABC the pieces didn’t fit together. I have no regrets; it isn’t as if capitalism was new to me. The baleful ghost of an Industrial Revolution factory owner might have told me that spending top dollar for a machine to manufacture any product means it cannot sit idle. If it does, there might not be enough working capital to correct the reasons for its underuse.

NABC’s bid to be the next Lagunitas failed. Did anyone notice? In 2019, craft beers are available at your butcher, baker, ballpark and barber shop. The nagging First World Problem for consumers is deciding which single six-pack to buy from the six dozen on display, which encompass a bewildering array of styles that didn’t exist until a brewer bolted upright at 3:00 a.m. with an idea for an ale that tastes like Lucky Charms cereal (also a real beer).

Craft Beer Nation wins because people like craft beer, but when we swipe our debit card for a case of Founders Solid Gold, it’s just the final transaction of many required to take beer to our waiting lips from its origins in water, malt, hops and yeast.

Crops of cereal grain and hops are planted, tended and harvested. Barley must be malted and hops processed, then transported to the brewery, where gleaming stainless steel tanks, kettles, mash tuns, hopbacks, yeast propagators and fermenters await.

Bottles, cans and kegs are necessary for filling with finished beer. Fleets of trucks transport the beer and return with more raw materials. There are coasters to be produced as well as neon signs, business cards, tap handles, advertising wearables, and branded glassware—the list goes on.

The economic activity generated by more than 7,000 American breweries is staggering, and I think craft beer is too big to fail. Look at the money flowing into it. Examples of which include A-B InBev’s craft brewery purchases, craft brewery stakes taken by foreign brewers and leveraged by homegrown venture capitalists, and the recent Samuel Adams and Dogfish Head merger.

There’ll be casualties, and craft beer’s dreamers, schemers, pundits and poets likely are suffering a measure of marginalization. Maybe I’m one of them. After throwing punches for six years at Bank Street Brewhouse, I was finished and sold out to my partners, who kept the dream alive a while longer until craft beer business realities became inevitable.

The 1970s band Hot Chocolate’s hit song turns out to be mistaken, because, in the mature craft brewing business, everyone is NOT a winner, baby— even if they’re crafting the finest Mexican Spiced Hot Chocolate Beer you ever tasted.

That one’s been brewed, too. F&D