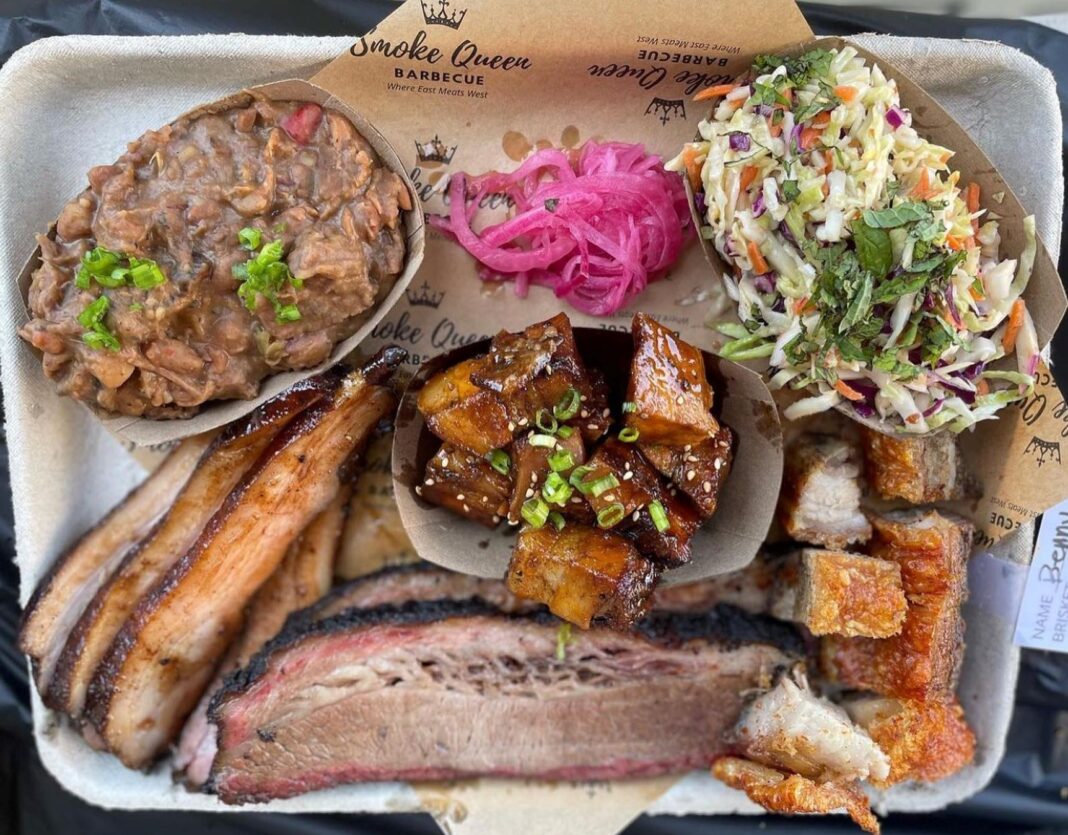 I’m guessing at some level most diners understand that culinary rules have changed, perhaps irrevocably, and whether these changes are good, bad or indifferent is a topic we can discuss over tortellini in brodo with pozole verde.

Following is the link and selected excerpts from an Eater article—part of the web site’s Fall Preview 2022—which seeks to explain “chaos cooking”: “Part neo-fusion, part middle finger, a new, brash food style is changing the face of restaurants.”

‘Chaos Cooking’ Is Coming — Are We Ready?, by Jaya Saxena (Eater)

But lately, a new crop of restaurants and pop-ups has begun serving not just fusion, but aggressive, weird, troll-y fusion that’s also thoughtful, being incredibly well received, and actually good. There is cheeseburger arancini, Big Mac pizza, pastrami tacos, tandoori spaghetti, masala cheesesteaks, and biscuit and gravy pierogies. There’s cajun red beans and rice on nachos and chorizo and queso on popcorn. This is not the fusion of cooking Italian cuisine with Japanese technique and a tasteful splash of soy sauce. These are big, gooey, macho menus that sound like four cuisines were stuck in the Large Hadron Collider on a dare. This is chaos cooking. And its practitioners just want everyone to lighten the hell up about food.

The central question: What does “authenticity” mean, and who gets to decide?

Eventually, however, that demand for authenticity became too rigid a bar. After all, who gets to decide which is the ultimate version of a dish, especially when recipes vary so dramatically across regions? This led to the more recent “return” of fusion, or what chef Dale Talde calls “naturally fusion” — an understanding that many chefs grew up in multiethnic households, neighborhoods, and kitchens and what’s important is cooking with honesty. Joshua David Stein at the Wall Street Journal wrote that these new culinary mashups should be considered “a New New American Cuisine, an organic outgrowth of demographic shifts, democratic kitchens and the never-ending pursuit of flavor,” and it’s true they often seem to grow from a more honest, less cynical place than the fusion dishes of the ’90s. Still, it felt like there were rules that came with this “return.” Sure, you can cook from a variety of cuisines, the argument went, but there was a silent qualifier: as long as you have some legitimate claim to them.

Now, with chaos cooking, we’re beginning to see a backlash to the backlash to the backlash, a general vibe that nearly echoes the who cares as long as it “tastes very very good?” arguments of the ’80s and ’90s. Like similar buzzwords “unhinged” and “deranged” that have gained more popularity recently as descriptors, “chaos” has become a positive. Something chaotic is wild and weird in a way that inspires a barking laugh in joyful disbelief. Chaos is the opposite of composure, which sounds like rules and order and boredom. Chaos represents a freedom from standards of aesthetic perfection and authenticity. As a wise steakhouse once said: No rules, just right.

Who gets to decide? You do.

I recommend clicking through to Eater and reading the entire article. I never imagined chaos could be so thought provoking.