Home FOOD Edibles & Potables: This food museum is a must when visiting Sweden 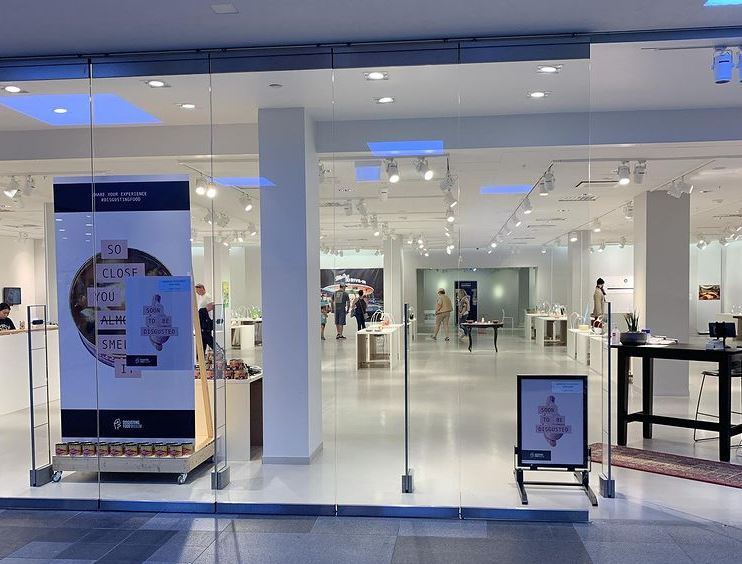 Our Sunday morning ruminations vary between short shots and long hauls. Today, I’ll waste no words in directing you to a vastly informative and entertaining piece by Jiayang Fan in The New Yorker.

The Gatekeepers Who Get to Decide What Food Is “Disgusting”

At the Disgusting Food Museum, in Sweden, where visitors are served dishes such as fermented shark and stinky tofu, I felt both like a tourist and like one of the exhibits.

As with this tempting dagens meny. 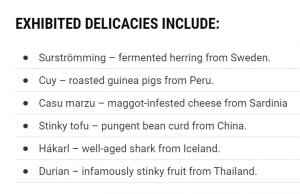 One passage caught my attention, in which mention is made of “Berliner schnitzel made from cow udders.”

Back in 1995, I escorted a small group of friends and fellow beer lovers on a fact-finding mission to Prague, Bamberg and Munich. While dining at a beer hall in the Bavarian capital, I was asked by one of them to translate a certain entrée. My kindergarten-level “menu German” wasn’t up to the task, but I encouraged him to try it, anyway; after all, it’s a schnitzel.

C’mon, is there any such thing as a bad schnitzel?

He decided to try the dish, but was not pleased. Fortunately (or not) a group of friendly English-speaking natives seated next to us solved the riddle, although not without difficulty. How often does the word “udder” surface during polite multinational conversations? I took responsibility for faulty advice, and we swapped meals. The udder schnitzel was fine, but now, 26 years later, I’m curious: why was a specialty of Berlin being served at a Munich beer shrine?

Have a lovely coming week, and please, don’t bogart the hákarl.

The burger is the star at Kern’s Korner