Home FOOD Edibles & Potables: We want garum (the ketchup of the ancient Roman... 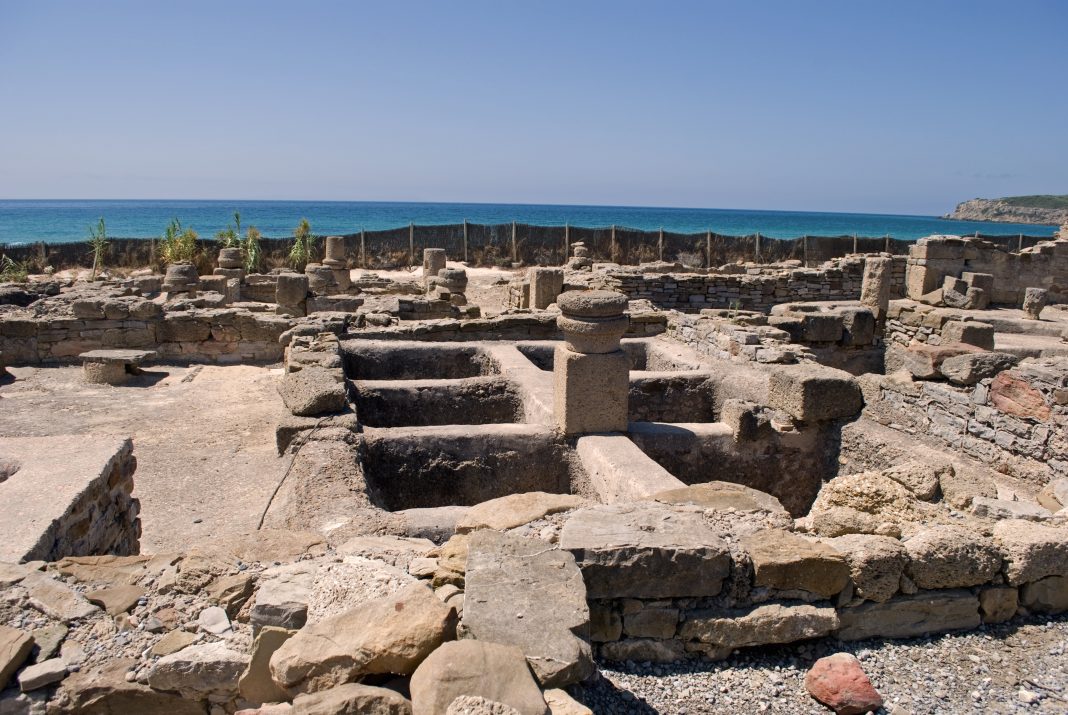 Roman fish sauce, along with oil and wine, formed a triad of commodities which dominated Mediterranean trade.

The fish sauce is garum, and the quote comes from a publisher’s tout for The Story of Garum: Fermented Fish Sauce and Salted Fish in the Ancient World, a relatively new book by Sally Grainger that I’d consider purchasing today if not for the $160 price tag.

Now that’s my kind of beachfront reading. Maybe the public library will pick it up. In the meantime, there are numerous other sources sufficient for an overview of garum, which Pliny the Elder referred to as a “secretion of putrefying matter.”

At Salon, Ashlie D. Stevens recounts the collapse of garum production with the decline and fall of the Roman Empire.

The once-bustling garum factories eventually became ruins…(but) what didn’t disappear, however, was an enduring craving across cultures for the flavor notes present in something like garum: salt, umami and a little fermented funkiness. The closest modern analogue is likely colatura di alici, which roughly translates in English to “anchovy drippings.”

In a nutshell, this is why I’ll always remain a pescatarian. Stevens continues.

Archeologists uncovered fish pools, giant vats and jars used to age and hold sauce. The resulting smell would have apparently been overwhelming enough that there were laws throughout the Empire preventing cetariae from being built too close to urban centers.

One such isolated cetaria was in present-day Portugal, which brings us to the always entertaining and informative Gastro Obscura, where Rafael Tonon reports on an effort to revive garum: “The Team Resurrecting Ancient Rome’s Favorite Condiment.”

“The rescue of this part of our history can reconnect us with the way we ate in this land centuries ago,” says chef Pedro Almeida, one of the members of the Garum Lusitano, or Portuguese Garum, project. Troia, a quiet peninsula on the southwest coast of Portugal, is best known as a family summer destination. But some 2,000 years ago, it was an important economic engine for the Romans.

Almeida said he was drawn to making garum by the specific challenge of using fish entrails in his cooking: “While diners may not clamor for these parts of a fish, the powerful taste of garum has led to a revival in some fine-dining restaurants.” Perhaps the larger challenge for Almeida was working with archaeologists to render contemporary garum in the original stone fermentation tanks, where the process took place 2,000 years ago.

In Asian cuisine fish sauce has a place of honor; it’s a critical ingredient. But in Western cooking garum has almost disappeared. Too bad. Despite the smelly oh-gross-you’ve-got-to-be-kidding-me aspect of its manufacture, garum itself is quite tasty. And as any Asian cook will tell you, fish sauce is a great way to instantly add some oomph to a dish that tastes a little underwhelming – like late night pasta where speed is at a premium.

If you’ll excuse me, I need to get to work on my idea for Garum Poutine. Maybe a food truck first, then a booth at Harvest Homecoming in New Albany?

Photo credit: Ruins of a garum factory in Baelo Claudia in Spain, by Anual (Wikipedia).